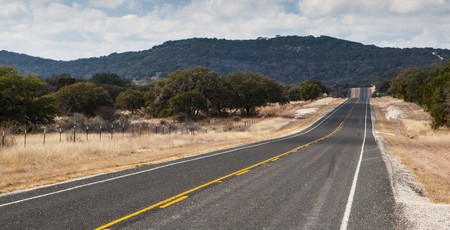 Living in Austin is like reading a “Choose Your Own Adventure” book that offers endless options for the eclectic soul. Skip to page 15 and be a tech titan, go to 100 and get the band back together, turn to page 123 – you’ve hit I-35 traffic; start over again and make better choices!

As much fun as it is though, sometimes even Austinites have to get away from the bands, breakfast tacos, pop-up art shows and Chicken Shit Bingo for a while to refresh and recharge beyond the regenerative capabilities of a dip in Barton Springs or a hike along the greenbelt.

Austin is a burgeoning tech city, whose Silicon Hills has proved a capable rival to the Silicon Valley in recent years in terms of competing for talent, producing innovation and creating wealth. Austin’s low unemployment rate, its status as one of the safest large cities in the country, and the endless assortment of shows and festivals have made the city a prime destination for everyone from those who just want to “keep it weird” to young families looking to enjoy the good life with a Texas twist.

For a change of pace, residents pack their bags and head for the hills, well the Hill Country that is, down the road to the picturesque town of Fredericksburg, a quaint German village deep in the heart of Texas known for its peaches and being the hub of Texas’s wine country. The drive is beautiful, and there are adventures to be had along the way. Here’s a list of stops that are sure to satisfy your wanderlust and provide a brilliant backdrop for your weekend away from it all. 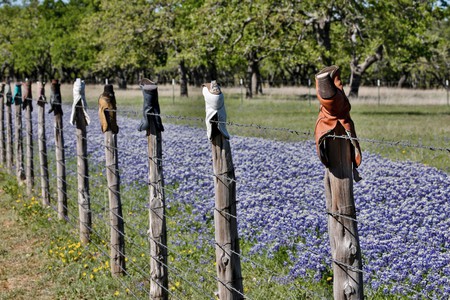 You could take a straighter shot from the city center to Fredericksburg by way of Highway 290, but this weekend is about the journey, not the destination. Instead, head out on Highway 71 about 50 miles (80 kilometers) northwest to Marble Falls on an empty stomach, and stop in at the Blue Bonnet Cafe. Make sure you get there early to avoid lines, and then enjoy some of the best breakfast and hospitality the state has to offer. Indeed, Texas Highways voted it as having the best breakfast, and Travel & Leisure Magazine counted it among the Top 100 Breakfasts. Don’t forget to save room for a slice of pie! Baked fresh daily, these whipped-cream anointed slices of heaven are a bit of an obsession for the eatery and its customers, celebrated daily during the week with a pie happy hour.

Harry’s on the Loop

After you’ve had your fill, strap in, and get ready to enjoy one of the most scenic drives of your life. Head south on Highway 281 towards Johnson City. Hook a right onto Farm Road 1323 after about 20mi (32km), and then continue for another 24mi (38km) or so into Willow City. Bear right onto the storied Willow City Loop. It’s a 13mi (21km) stretch of road that offers breathtaking views of the cliffs, valleys, canyons and meadows that make up the Hill Country, and during the spring, a spectacular array of wildflowers, keynoted by Texas’s own bluebonnet, paints the valley in a technicolor brilliance that has to be seen to be fully enjoyed. Pro tip: Stop at Harry’s on the Loop for a bathroom, beer or bratwurst break. It’s a lot more inviting than the exterior suggests, and there’s a good chance you will see some live music on the weekend.

Book Now
If you’re still feeling the urge to explore, hop on Highway 16 and then make your way toward Enchanted Rock State Natural Area. Just 18mi (29km) north of Fredericksburg, the pink granite dome – which the Native Americans, who once lived in the area, ascribed magical powers to – dominates the landscape. In addition to breathtaking views, it offers 11mi (18km) of hiking trails to stretch your legs on, rock climbing adventures and a pristine peek at nature.
Open In Google Maps
16710 Ranch Road 965, Fredericksburg, Texas, 78624, USA
+18306853636
Visit Website
Give us feedback

Bistro, Restaurant, German, $$$
Facebook
Email
Twitter
Pinterest
Copy link
Share
Map View
As tempting as it can be to stay and watch the stars, head over to Fredericksburg before dusk. Go south on Farm Road 965 for 17mi (27km), then take a left on Highway 290, and you are there. Find a place to park and take a pass or two up historic Main Street. It offers low- to high-end shopping, several bars and eateries, and a feeling of Americana you only get in a town founded by German settlers, named after a Prussian Prince, and as Texan as tamales at Christmas. Honor that feeling and heritage by grabbing dinner at Otto’s German Bistro, and enjoy a gourmet meal of Germanic gastronomic delights, paired with a local Texas wine, craft beer or a signature cocktail.
Open In Google Maps
316 East Austin Street, Fredericksburg, Texas, 78624, USA
+18303073336
Visit Website
Give us feedback 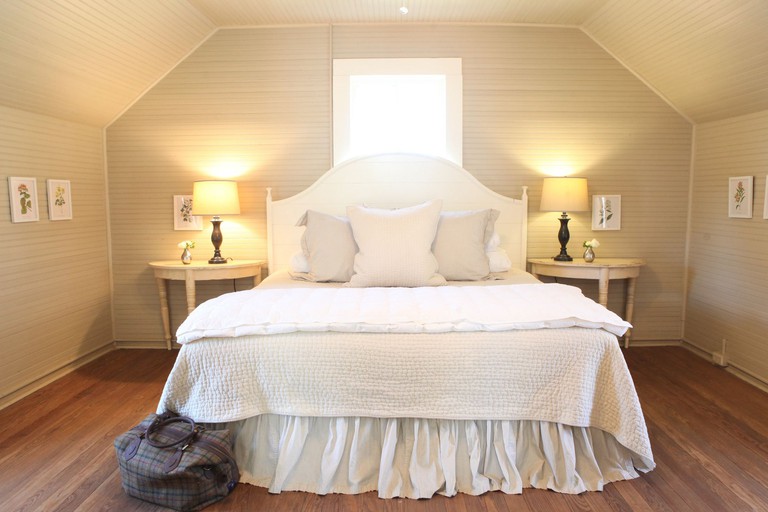 There are plenty of places to rest your head in Fredericksburg. However, Hoffman Haus offers a combination of old-world charm and modern luxury that will make your landing a soft one and help you maximize your rest after a long day on the road, on the trail and in the trenches eating delicious food with no regard like the weekend warrior you are. Just a block from downtown, it is a perfect place to wind away the day, or start a fresh one with a complimentary seasonal, locally sourced gourmet breakfast brought to your room in a picnic basket at 9am.

National Museum of the Pacific War 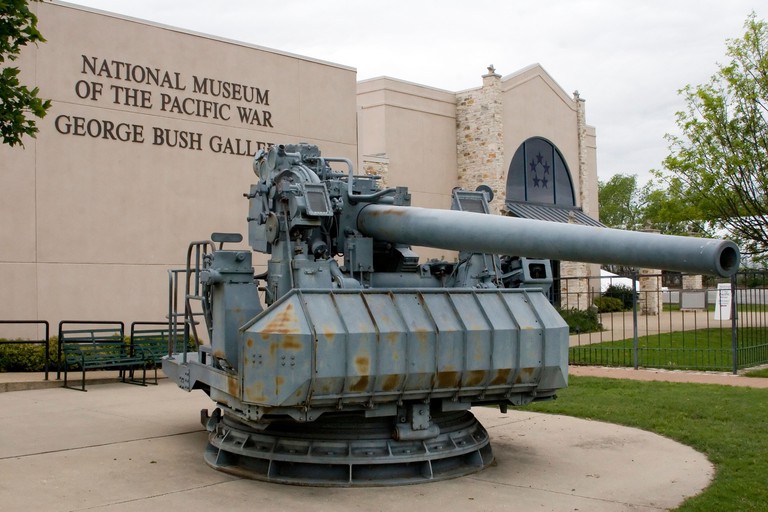 While you’re still in Fredericksburg, pay respect to one of its native sons with a visit to the National Museum of the Pacific War, home of the Admiral Nimitz Museum. Fleet Admiral Chester W Nimitz, commander of the Central Pacific Theater in World War II, signed as the representative of the United States on September 2, 1945, when Japan formally surrendered onboard the USS Missouri in Tokyo Bay. A war hero, he played a crucial role in getting the first nuclear-powered sub greenlit and was the last surviving officer to hold his rank before his death in 1966. Nimitz’s service inspired the museum that began in a hotel and has grown into one of the finest institutions of its kind. The museum also includes the George Bush Gallery, the Veterans’ Memorial Walk, the Plaza of Presidents, the Japanese Garden of Peace, the Pacific War Combat Zone and the Center for Pacific War Studies.

Lighten the mood and embolden the spirit in a way Admiral Nimitz could appreciate with a visit to Grape Creek Vineyards. However, skip the downtown tasting room on Main Street, and load your car for the return trip. Head down Highway 290, rebranded as Wine Road by the local people, a bit toward Johnson City, and take a tour of the vineyard. Ride a tram through the fields to see the grapes being worked in their natural environment, and sample wines directly from the battle. Stop by the restaurant before you go to get a hearty meal into your system before heading to your next stop. 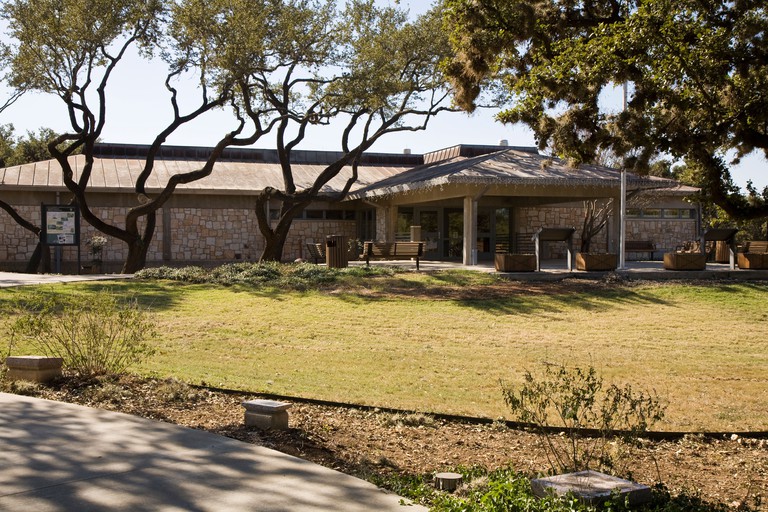 Continue down Highway 290 East for 22mi (35km) into Johnson City, and if you’re making good time, you might want to check out the boyhood home of the 36th president of the United States, Lyndon B Johnson. Head to the Lyndon B Johnson National Historical Park, and pick up a driving pass to visit the LBJ Ranch and the Texas White House. Sign up in advance for a guided tour. Following his presidency, Johnson, along with his equally colorful wife Lady Bird – whose beautification projects in Texas begat the bluebonnets and other wildflowers that greet weary travelers along its roads – returned to where he was born to live and later die. The park tells his story from beginning to end and offers insight into one of the most simultaneously hated and beloved figures to ever sit at the nation’s helm.

Park
Facebook
Email
Twitter
Pinterest
Copy link
Share
Map View
Once you’ve gotten your fill of history, it’s time for one more palate cleanser before heading back to Austin. Only 10mi (16km) from the park and a short detour away from the road that will carry you victoriously back to the capital city is Pedernales Falls State Park. Hike, bike, kayak, swim, go for a horse ride or just enjoy the view as the tranquil river washes over and around the slabs of limestone that make up its bed, taking your troubles away with it.
Open In Google Maps
2585 Park Road 6026, Johnson City, Texas, 78636, USA
+18308687304
Visit Website
Give us feedback
Give us feedback