This Miami Building is the Tallest in Florida 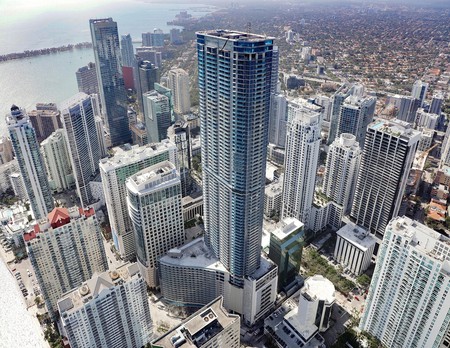 Designed by Florida East Coast Realty, the development company of Tibor Hollo, the tower rises above the rest in a futuristic sleek glass façade. At 868-feet high, it is still well under the height limitation designated by the Florida Aviation Administration. The FAA in Miami decrees strong regulations to limit the height of skyscrapers as height interferes with flight paths to and from the Miami International Airport. In recent years however, the FAA raised its height limit to 1,059 feet above sea level in some areas, perhaps in an effort to appease real estate developers.

The Panorama Tower was first designed in 2006, but plans stopped short after the housing recession. However, once Hollo’s team purchased the tower, they designed it with a “work, play, and live” model in mind – a tower to cater to residents’ every need. 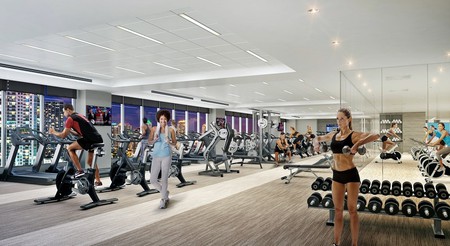 The tower’s amenities includes a sprawling fitness center with yoga, pilates and spinning classes, a spa, three pools, restaurants and coffee shops. Residents can also make use of an on-site music studio, a children’s playroom to entertain their kids, and a pet spa to leave their pooches while at work. There’s even a cinema (three to be exact) with stadium seating and a bar. 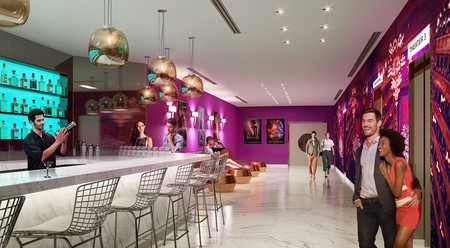 For a respite from the summer heat, guests and residents can find their water escape on the 22nd floor. A lavish pool deck wraps around the entire tower with 360-degree views of the skyline and bay. 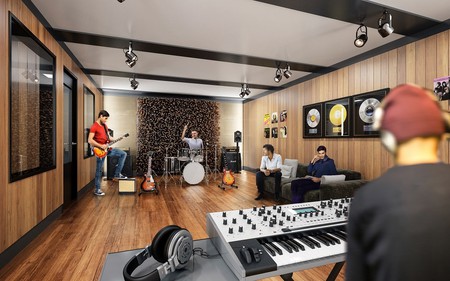 However, those who do wish to meander outside of this seemingly city-in-itself will find shopping and dining options are located just a few steps away at the neighboring Brickell City Center. The residence is also centrally situated with easy access to nearby public transportation such as the metrorail and metromover to navigate throughout the rest of the city’s neighborhood and suburbs.

Panorama Tower may be the tallest tower now, but it won’t be for long. The Florida East Coast Realty plans to outshine its own masterpiece with other buildings in the works. The company’s grandest project is set to be the One Bayfront Plaza at 100 S Biscayne Boulevard. The building’s height will escalate to 1,010 feet, and is set to open in 2023.