An Afternoon Out In Miami, From Home 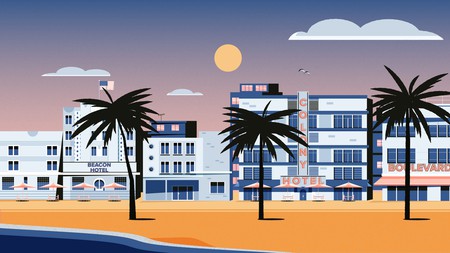 As staying in becomes the new normal, Culture Trip invites you to indulge in a spot of cloud tourism. Experience the sights and sounds of a place – without even leaving your home. Next up, we take you on a virtual stroll through the sunny streets of Miami.

Miami is pure eye candy. On one side of the city, at Miami Beach, pastel lifeguard houses dot the sand against a backdrop of aquamarine water and blue sky. On the other side, the popsicle-bright colors of Little Havana and the eye-popping street art of the Wynwood Walls draw thousands of culture-loving tourists each year.

If you’re craving a sunny day out in the Magic City, we’ve got you covered. Grab some Zoom time with friends and have an afternoon party filled with tunes, Cuban sandwiches, street art and Hemingway’s favourite cocktail – the daiquiri. 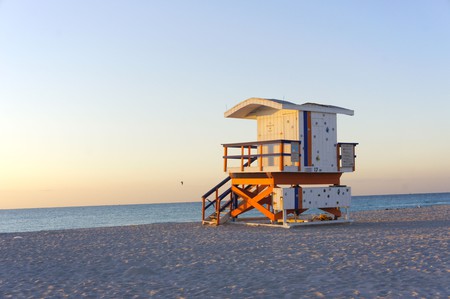 Miami sits just 300mi (483km) north of Cuba, and the streets of Little Havana – the city’s Cuban neighbourhood just west of Downtown Miami – are vibrant with food, fun and music.

If you were to take an afternoon stroll there today, you’d probably stop for a café con leche ice cream (made with cuban coffee and Oreos) beneath Azucar Ice Cream Company’s unmissable sign, before the notes from a live guitar drew you into a bar for lunch.

On the menu, you’d find a cubano – or Cuban sandwich – highlighted as a must-try when in Miami. Though this Little Havana experience isn’t possible right now, you can at least whip up a cubano at home. This version of the classic ham and cheese combo likely originated in cafés in Key West, just south of Miami, and is made with roast pork, ham, Swiss cheese, pickles and yellow mustard. Layer the ingredients on soft bread, before using a panini press or the grill to melt everything together. 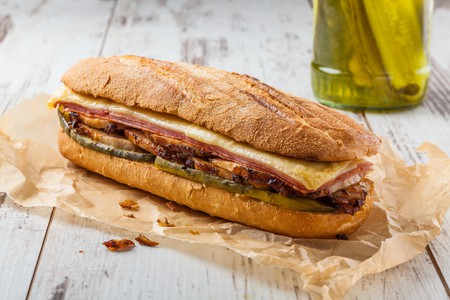 Once you have your sandwich sorted, it’s time for drinks. Daiquiris can be found on drinks menus across Miami, perfectly complementing the city’s sizzling summers and beachy vibes. They were also a favourite of Nobel Prize-winning author Ernest Hemingway, who spent many years of his adult life writing in Key West.

To make a Hemingway special daiquiri shake some white rum, pink grapefruit juice, Maraschino liqueur and lemon with ice, then pour the mixture into a chilled martini glass, garnished with a lime wedge. The papa doble differs from a classic daiquiri – it’s made without the sugar syrup and with double the rum – Hemingway was, of course, famously known for his penchant for alcohol. 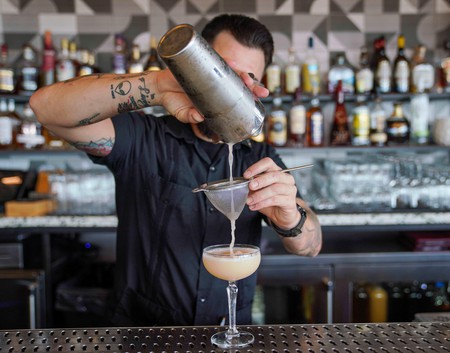 To set the mood further, pair your chilled cocktail with the tunes of Miami beach resident Vanilla Ice, whose song “Ice Ice Baby” was the first hip-hop single by a white rapper to top the Billboard Hot 100. Keeping with the theme, you could also play M.I.A.M.I (Money is a Major Issue) – the first studio album by Miami born-and-bred rapper Pitbull. The record was wholeheartedly embraced by the musician’s hometown when it was released in 2004.

Not in the mood for retro hip-hop? Play anything by the Cuban ensemble Buena Vista Social Club (named after the Buenavista borough in Havana) instead. 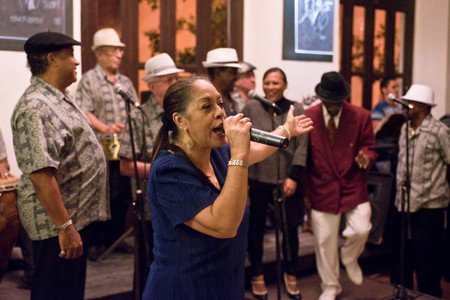 Some of the original members of the Buena Vista Social Club performed in Miami, where Little Havana champions the culture of Cuba | | © Paul Springett D / Alamy Stock Photo

People flock to Art Basel Miami Beach annually, but to truly experience the city’s art scene, visit the Wynwood Walls – an area that brings the world’s greatest graffiti artists to the streets of Miami. American community developer Tony Goldman’s vision was to transform the windowless warehouse buildings of Wynwood into larger-than-life pieces of street art, creating a pedestrian-friendly cultural hotspot for visitors.

The walls feature creative work from some of the coolest artists in the game, including Ron English, The London Police, Lady Pink and Aiko. Watch the five-minute video Walls of Change to see how the project blossomed, and how art can really revitalize a place.

Inspired? Spend the rest of the afternoon putting paint to canvas to create your own masterpiece – bonus points if you can make something good enough to hang on a wall. 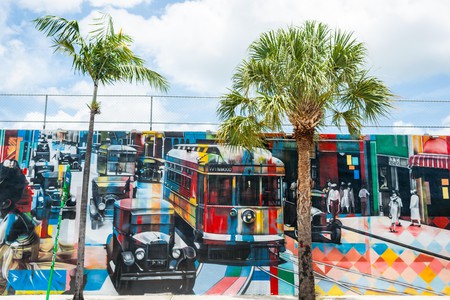 Once you have your own version of the Wynwood Walls sorted, it’s time to kick back with a movie. Brian De Palma’s 1983 crime film Scarface was too controversial to be a hot ticket when it was first released, but has garnered a cult following over the years.

In Oliver Stone’s screenplay, we see Tony Montana (Al Pacino) arrive in Miami during the Cuban crime wave, after Fidel Castro opens the Mariel Harbor to the US. Taking cues from the Miami drug war, the plot follows Tony as he builds his own drug empire, while his greed and paranoia spiral out of control.

Prominent scenes from Scarface were shot in Miami – a gang member has his limbs cut off by a chainsaw on Ocean Drive, and Tony later spends a sunny afternoon hanging by the pool at the Fontainebleau Miami Beach. It’s a feast for the eyes for Art Deco lovers, and perfectly captures the glitz and the grime of the American dream gone wrong. 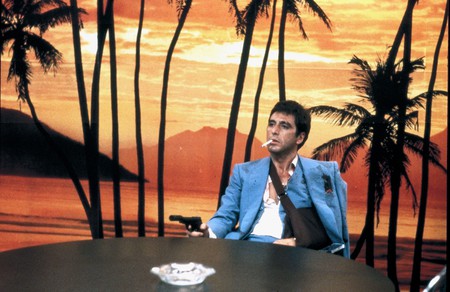