Istanbul to Troy: Everything You Need to Know 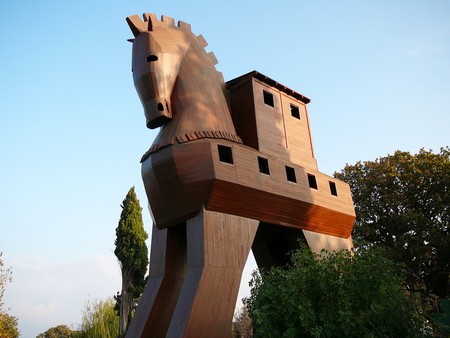 Turkey has declared 2018 the ‘Year of Troy’, so there’s no better time than now to visit this ancient site, which is celebrating its 20th year since its entry into the UNESCO World Heritage Site list. We broke down all the necessary info for travelling from Istanbul to Troy.

Troy gained its fame from Homer’s epic poem, the Iliad, which claims that the Trojan War was fought at this archeological site. One of the country’s most fascinating historic destinations, the city’s history dates back to the 3rd millennium BC when it was founded by the Hittites. According to the epic poem, during a battle between the Trojans and Achaeans, a wooden horse, which arrived in Troy as a gift, was used as a disguise to transport Achaeans into the centre of the impenetrable city, which they inevitably conquered. Whether this story is true or not, there was a Trojan War, which is believed to have been waged during the 12th century and led to Hittite’s name, Wilusa, to be converted to Illion, and later Troia. When Constantinople flourished, Troy lost its importance and a lot of people actually believed it was just a fictional place imagined by Homer until Heinrich Schliemann, a self-proclaimed archeologist, proved its existence. Archeological excavations still continue to this day, which means that Troy is quite the sight to behold because it still has a lot to show the world. 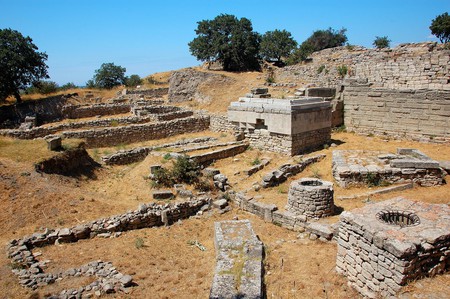 The closest major city is Çanakkale, which also has an airport with direct flights from Istanbul. From Çanakkale, you’ll travel for around 30 kilometres (about 45 minutes) to Troy via minibus, which departs from the local bus station. Minibuses usually take off every hour beginning at 7 am but do your research just to make sure since they often take off when they are full. It’s also a good idea to book a hotel in Çanakkale since Troy is a day trip and doesn’t have any accommodation opportunities. 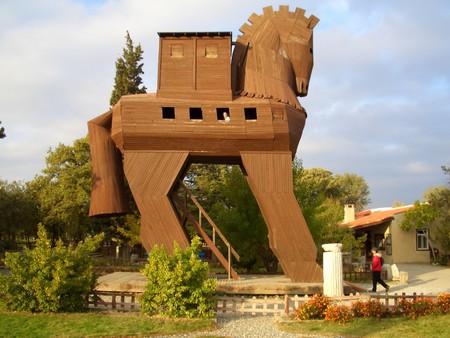 Make sure to wear the right pair of shoes for uneven and often slippery hiking paths and get ready to explore the ruins. The city was rebuilt nine times and it’s believed that layer number seven is the city that was part of the Iliad, including the famous city walls. Be sure to climb the reconstructed Trojan Horse at the entrance and gaze at its interior, since this is an essential part of the experience even if the horse is fake! If you’re not a big fan of crowds, winter is a more appropriate time to visit as there are very little tourists. 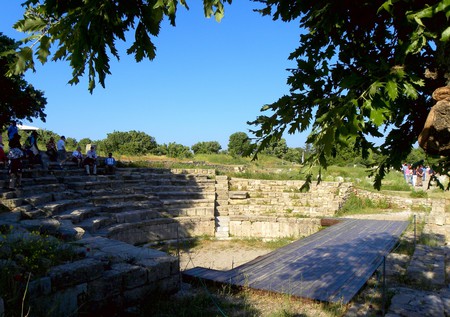 While you’re in the area, make sure to check out Mount Ida, which inspired the story of the gods watching the battle below. Another great stop is the beautiful Aegean island of Bozcaada with its old town and historic castle (as well as amazing seafood and local wine). You can reach the island by ferry from the Geyikli Harbour, which is about 10 kilometres from Troy.