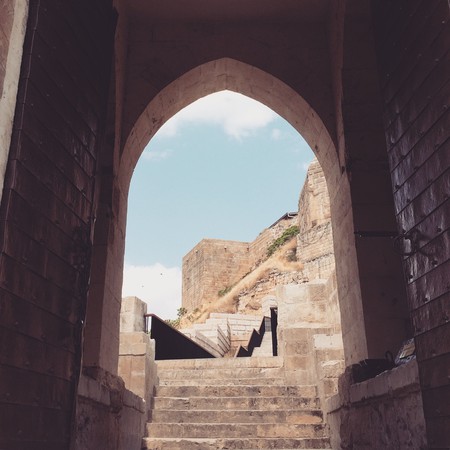 Known for Turkey’s best pistachios, Gaziantep is famous for its excellent baklava as well as some of the country’s finest kebabs. Also known for having the world’s biggest mosaic museum, there really is plenty to see and eat in Gaziantep.

With a history that goes back to the 4th millennium BC, Gaziantep is thought to be the site of the Hellenistic city of Antiochia ad Taurum (Antiochia in the Taurus Mountains). The city’s historic fortress and citadel, restored in the 6th century by the Byzantines, is one of the oldest structures highlighting the city’s past. During the medieval period, various civilizations ruled the city, from the Umayyads in 661 to the Abbasids in 750 and the Byzantines in 961. By 1067, the Seljuks captured the area; they had to recapture the city many times from other civilizations until 1516 when the Ottoman Empire took over Gaziantep after the Battle of Marj Dabiq. 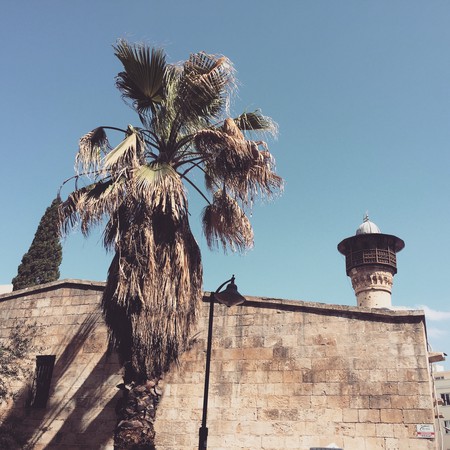 One of the most important sights in Gaziantep is the Zeugma Museum, the world’s largest mosaic museum. Inside you’ll find stunningly well-preserved mosaics uncovered and saved at the Roman archeological site of Belkıs-Zeugma, which was completely flooded by the Birecik Dam. From the second floor, you can look down on almost entirely complete floor mosaics, and make sure to go into the special room where the Gypsy Girl mosaic is preserved for admiring gazes. 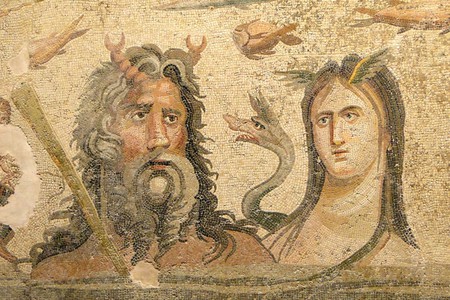 The city’s other important historical attraction is the fortress—experts believe the Romans constructed it—as well as the citadel, which Emperor Justinian restored in the 6th century AD and the Seljuks later rebuilt in the 12th and 13th centuries. Of course, once you’re done exploring the fortress, make your way down to the beautifully restored bazaars where shops are busy selling their goods. Don’t be surprised to see many carefully restored caravanserais and stone houses in this neighborhood where the past and present of Gaziantep really come together. 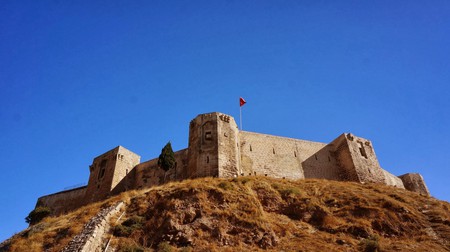 Street vendors that grill kebab at five in the morning is a very common sight in Gaziantep; here, many locals eat this exceptionally delicious local delicacy as breakfast (a true breakfast of champions, so to speak). One of the best places to taste some of this excellent kebab is Kebabçı Halil Usta. Don’t expect anything fancy at this down-to-earth local favorite, where the doors are open until the kebab runs out. We recommend you let your waiter decide what to bring you, which will probably be a fresh salad with tomatoes, onions, and parsley followed by karışık kebab (mixed kebab) and küşleme (grilled cubes of soft lamb meat). There is no doubt that this will be the best kebab you’ve ever tasted. 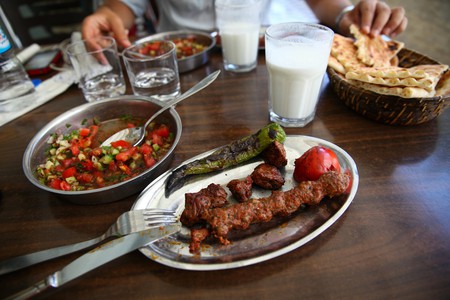 For dessert, you absolutely have to try the city’s famous baklava, and Güllüoğlu’s first shop in the Elmacı Pazarı, which has been open since 1871, is one of the best places to try the amazing baklava filled with real Antep pistachios. Another favorite is the baklava at İmam Çağdaş, one of the city’s most well-known kebab restaurants. 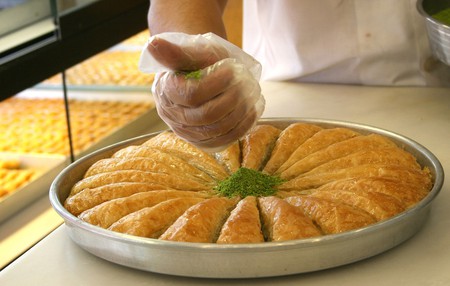 Baklava/Max Pixel
Give us feedback