An Essential Guide To The Island Of Bozcaada 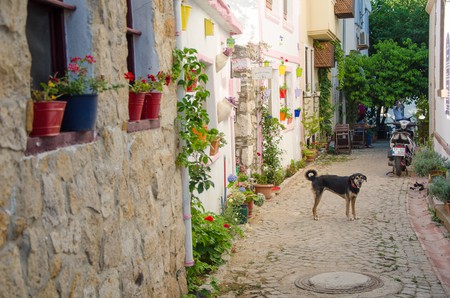 Bozcaada is an idyllic Aegean island that has stayed far away from the usual tourist-luring tricks, allowing for its natural charm to attract visitors. Also known as Tenedos, the former Greek island is full of cobblestoned streets, old rustic homes with colorful windowpanes, deserted sandy beaches, excellent vineyards, and traditional tavernas under the grapevines. Before you make your reservation at one of the island’s many pansiyons, make sure you check out our useful Bozcaada guide.

Make sure to drop by the Rengigül Konukevi, a traditional Greek home turned quaint hotel with one of the best breakfasts on the island. With more than 21 varieties of marmalade – including the island’s famous tomato jam – as well as other delicacies, you’ll definitely have more than enough to choose from. If you’re in the mood for a coffee break then head to the island’s famous Tarihi Bozcaada Kahvesi, a historic coffee house where the mastic cookies have become famous among the regulars. For dinner, the island’s traditional fish restaurants in the lively city center offer the best of the daily catch as well as a myriad of freshly made meze varieties – and don’t forget the rakı. 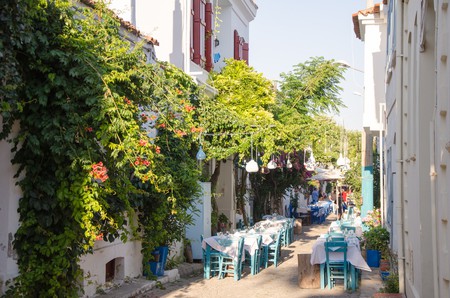 Even though Bozcaada is known more for its Grecian aesthetic and laid-back island feel (that many city dwellers crave in the summer), it does have a few sights worthy of exploration. Walk to the city center (Bozcaada Merkez), composed of a beautiful square that branches out to the taverna-lined streets, and make sure to see the old Greek houses in this elegant town that was built on a grid plan along a slight slope. Check out the island’s main museum that exhibits both the Greek and Turkish history of Tenedos. The Bozcaada Castle is also quite beautiful and stands out because of its well-preserved state, serving as the island’s only touristic monument. One of the largest citadels in the Aegean, the castle was expanded by the Byzantine, Genoese, Venetian, and Turkish civilizations who occupied the island successively. 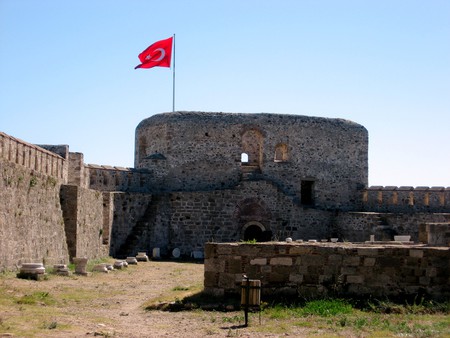 Bozcaada’s famous vineyards sometimes overshadow the fact that its beaches are also very beautiful, with cold waters that are perfect for the hot summer months. Ayazma is the island’s most popular beach because of its soft, white sands, sometimes becoming a bit too crowded in the high season. If you’re on the lookout for something a bit more relaxed, check out Akvaryum, which is also known for its vivacious underwater life. 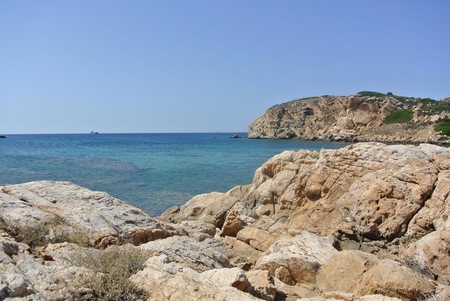 No Bozcaada guide would be complete without mentioning the island’s famous wine culture and vineyards. Some of the most renowned brands include Corvus, Ataol, Amadeus, and Talay and can be found at one of the many island wine boutiques. If you’re looking for more in-depth information make sure to contact the vineyards for a tour of the facilities. With a grape culture that goes back to ancient times, the island’s native varieties include Kuntra, Karalahana, Vasilaki, and Cavus. 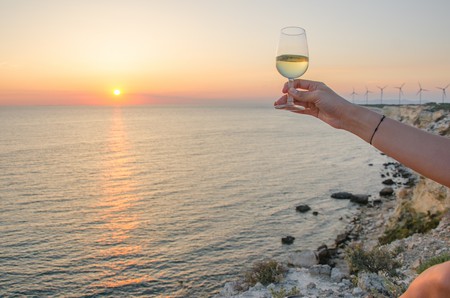 Bozcaada Wine | © Canonim/Flickr
Give us feedback