Things You Need to Know About Turkish Coffee 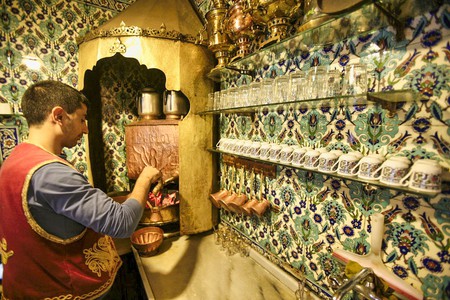 Follow Culture Trip’s aromatic guide to Turkish coffee, from its history to how to make it and where to find the best.

Derived from the arabica bean and composed of a very fine grind, Turkish coffee has become famous around the world for both its strong taste and its special methods of preparation and service. But there’s much more to Turkish coffee’s story than just its delicious taste, so let’s take a look at all the facts, from what is in it to where to find the best Turkish coffee. This is your ultimate guide.

Coffee was first brought to Istanbul in 1555 by two Syrian traders, and by the 17th century it became an essential part of the Ottoman court’s elaborate ceremonies. The sultan was served coffee ceremoniously by his coffee makers, and this ritual also played a role in marriage customs – women in the harem were trained to brew the perfect drink and potential husbands would judge a woman by her skills in making Turkish coffee. Even today, when a suitor’s family asks the parents of his potential wife for her hand in marriage, Turkish coffee is served by the bride-to-be. 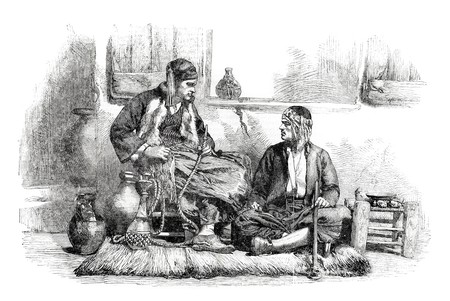 First opened in the Tahtakale neighborhood in Eminönü almost five centuries ago, coffeehouses quickly became the centre-point of social life for men in Turkey. They were also the main place for the dissemination of oral culture in the Ottoman Empire, offering a place for bards, comedians, artists and any other kind of showman to perform in front of a crowd. This made the humble coffeehouse an exhibition place for folk literature, such as the shadow plays of Karaköz and Hacivat. Today, the coffeehouses continue to be a place where men gather to socialise, talk politics and play backgammon over cups of tea and coffee. 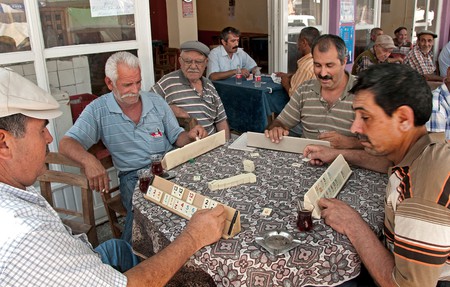 How to cook Turkish coffee

Turkish coffee is prepared in a cezve, a special small pot with a long handle that is traditionally made of copper. For one cup of Turkish coffee, combine one cup of water – the size of the coffee cup – and two full teaspoons of coffee. Since sugar is never added after the coffee is cooked, you have to add sugar into the cezve – two sugar cubes for very sweet, one for medium sweetness, and none if you’re someone who likes it bitter. Once the coffee comes to a boil, let the foam rise and take it off the heat right before it’s about to spill. That’s the way to guarantee that your coffee will have lots of foam. Traditionally, Turkish coffee without foam is simply unacceptable. Serving the coffee with a glass of water and something sweet, preferably Turkish Delight, is also part of the ritual. 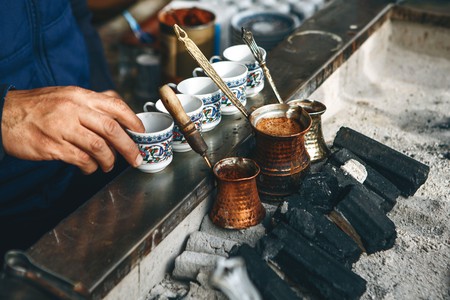 Turkish coffee’s special preparation, brewing techniques, and rich communal culture made it worthy of being inscribed into Unesco’s Intangible Cultural Heritage List in 2013. The tradition itself has also been recognised as a symbol of hospitality and friendship, with locals meeting at coffeehouses to converse over coffee, or coffee being offered to visitors as a welcoming gesture. The beverage’s importance in social occasions was also an important factor in its inscription, with coffee being served during holidays and engagement ceremonies. 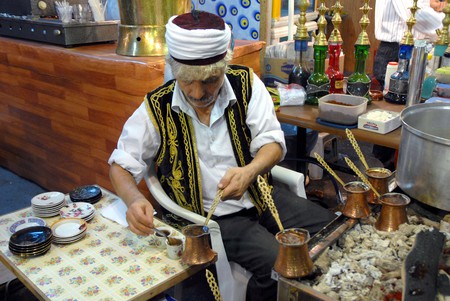 Turkey’s most popular purveyor of Turkish coffee is Kurukahveci Mehmet Efendi, whose products can be found in every supermarket, or its flagship store in Eminönü, where coffee is ground fresh on a daily basis. Nuri Toplar – also in Eminönü and open since 1890 – is another excellent choice and a bit of an insider’s tip. If you’d rather someone prepare and serve you coffee, drop by Mandabatmaz in Taksim or Ethem Tezçakar – who only uses coffee from Nuri Toplar – in the Grand Bazaar for traditionally prepared and excellent Turkish coffee. 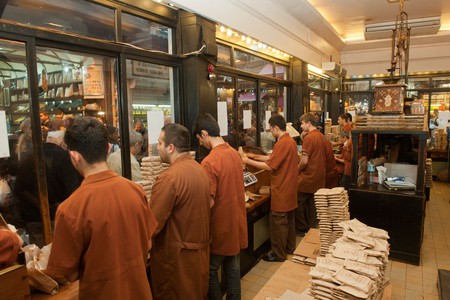 Turkish coffee cup-reading is a very popular method of fortune telling in Turkey, where the shapes left by the coffee grounds at the bottom of the cup represent the past and future of the drinker. You’ll know when you’re done drinking your coffee, because a thick layer of grounds will appear at the bottom; when this happens, close the cup with the saucer, make a wish, and turn it over. Once the cup has cooled, the shapes it leaves on the side of the cup can be read, usually by a Falcı (fortune teller), many of which can be found all around the city. Some are better than others… 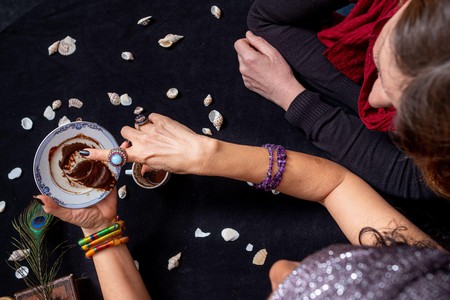 A fortune telling lady reads the future in a cup of Turkish Coffee. | © Mehmet BAYSAN / Alamy Stock Photo
Give us feedback