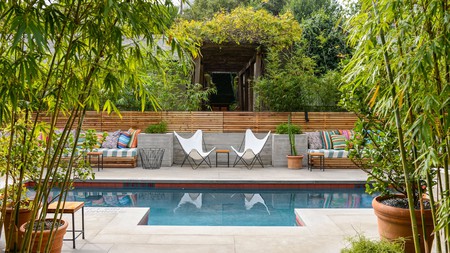 Austin’s South Congress neighborhood is home to independent shops, first-class restaurants and world-famous music venues. It also has some of the city’s best accommodation, including the retro Austin Motel and the Zen-like Hotel San José. 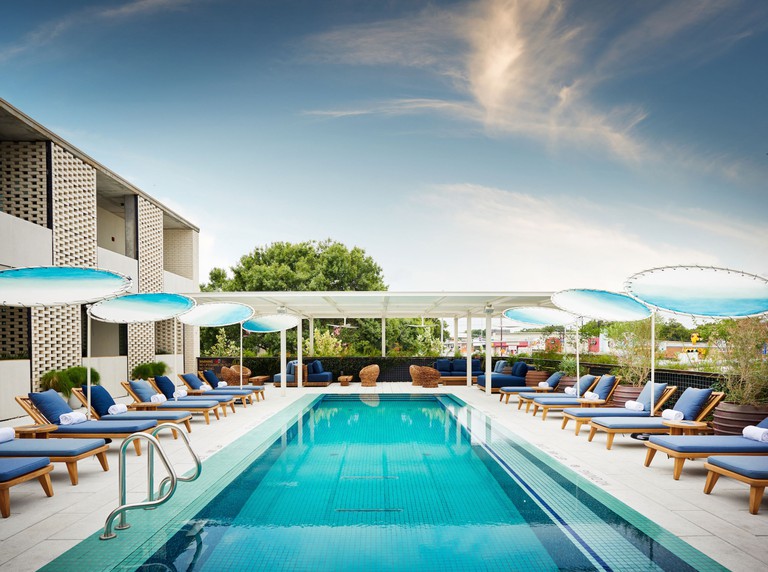 Courtesy of South Congress Hotel / Expedia.com
View Rooms
This hotel takes its guests out of the modern world and drops them into a mid-century haven, right in the middle of the city’s favorite entertainment district, the South Congress neighborhood. The hotel’s aesthetic is sleek and simple yet intricate and eye-popping. The leather couches, wooden floors and furniture in the suites provide a Southwestern vibe that beautifully complements the surrounding area.
EVERYTHING YOU NEED TO KNOW 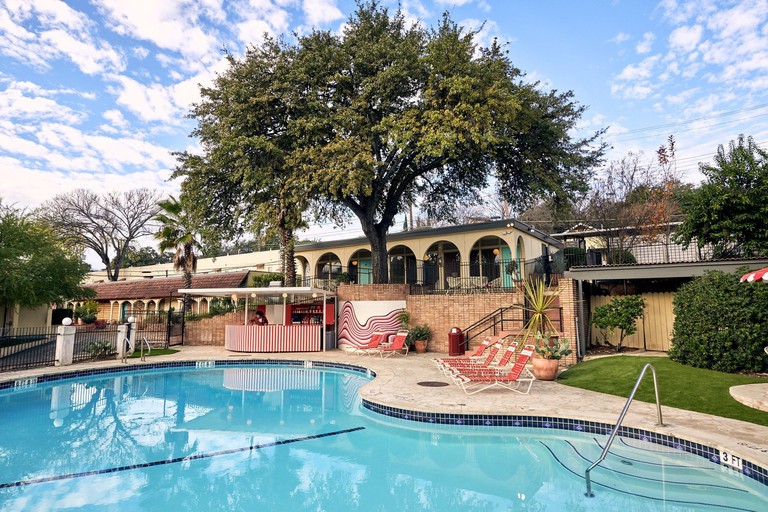 The first things that will catch your eye at the Austin Motel are its distinctive neon sign and marquee – but that’s just the outside. A visit inside the motel promises to be even more memorable. The 1930s Austin landmark has remained in trusted family hands for decades. Though there is a modern feel to its design, the motel adheres to the city’s promise to “Keep Austin Weird” via its kitsch furnishings throughout the space. It’s a stone’s throw away from the city’s best restaurants, bars and shops. 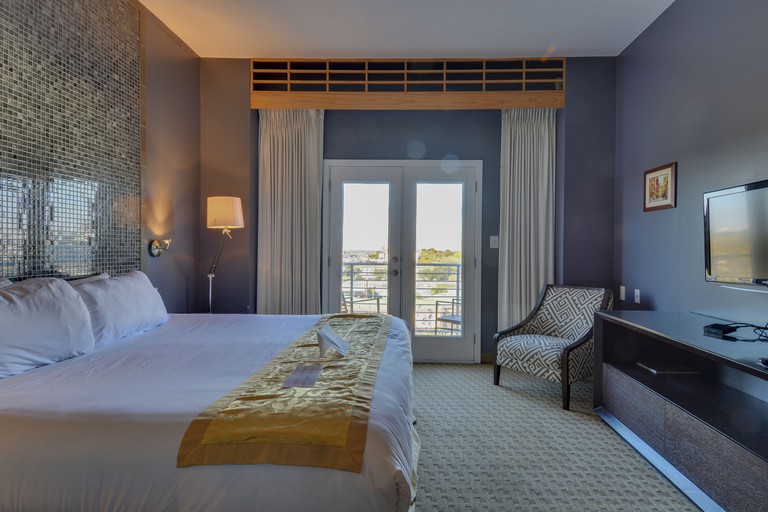 Only a short car ride away from the heart of the South Congress neighborhood, Casulo Hotel will give you a true bang for your buck. Among the more reasonably priced hotels in the area, it offers a variety of accommodation options, from cozy rooms to spacious suites. The hotel also serves a complimentary hot breakfast and has a comfortable pool patio. 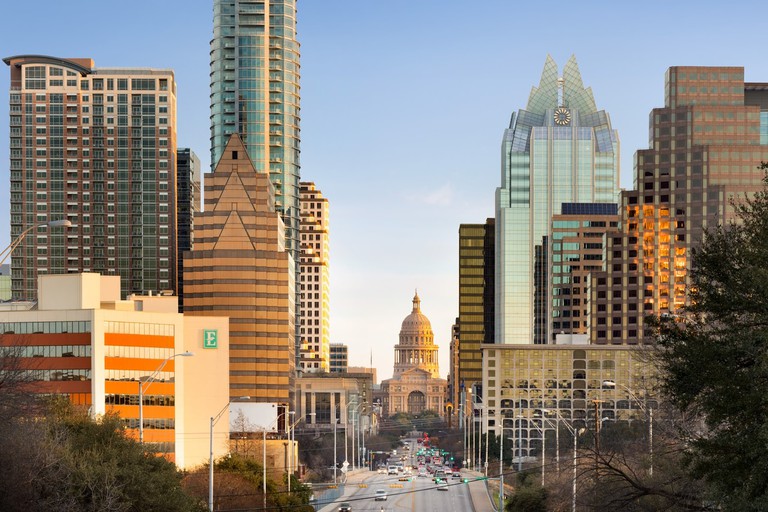 The Embassy Suites chain is always of the highest quality, and one of its Austin offerings, with its perfect location between two of the city’s most vibrant areas, is no different. The hotel sits on the northernmost tip of the South Congress neighborhood, so you’ll be within walking distance of South Austin’s various restaurants, live-music venues and shops. However, the hotel is also a short walk across the Congress Avenue Bridge to the bustling Downtown area. 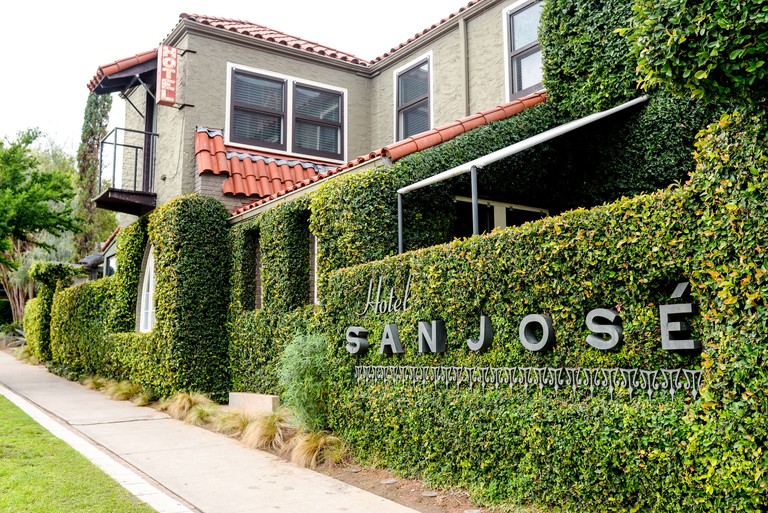 Courtesy of Hotel San José / Expedia.com
View Rooms
Right next to Jo’s Coffee and its famed I love you so much graffiti mural, the Hotel San José creates a private universe for its guests, plucking them off the busy South Congress Avenue and into a Zen-like retreat with ivy-covered walls interrupted by private bungalows. The hotel has worked to keep its look from its construction in 1936 (described at the time as “ultramodern”), and now it boasts one of the most unique atmospheres offered by an Austin hotel. The Hotel San José’s lounge is often a hotspot for the who’s who during the city’s South by Southwest and Austin City Limits festivals.
EVERYTHING YOU NEED TO KNOW 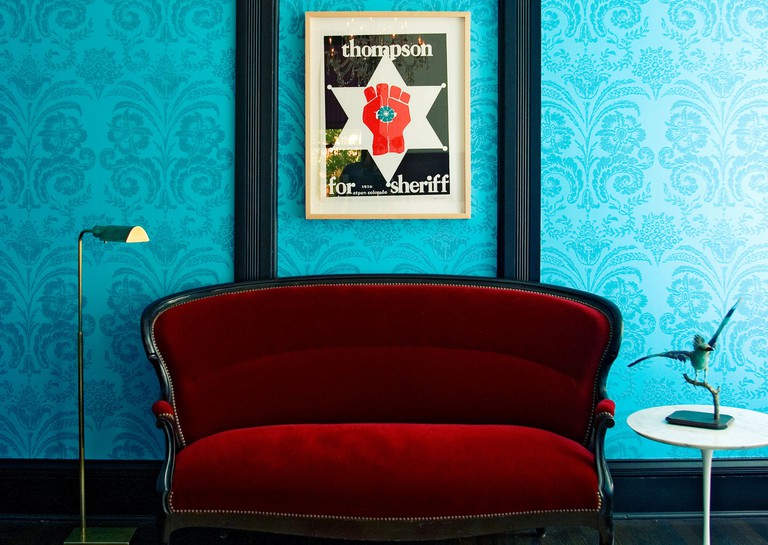 © Al Argueta / Alamy Stock Photo
Book Now
Built in honor of the patron saint of music and poetry, yet inspired by counterculture characters such as Jack Kerouac, Hotel Saint Cecilia represents elegance with a touch of rebellion. Each of the 14 rooms comes with a turntable and an excellent sound system, so be sure to grab a couple of vintage records from the hotel’s lending library. Alternatively, if you’re more of a reader, take any of the poetry collections or music biographies and hit the pool. A room at Hotel Saint Cecilia isn’t cheap, but you can’t put a price on the memories you’ll create during your stay here.
Open In Google Maps
112 Academy Drive, Greater South River City, Austin, Texas, 78704, USA
+15128522400
Visit Website
Give us feedback

Stylish, Unusual
Give us feedback