A Brief History of Circus Circus in Las Vegas 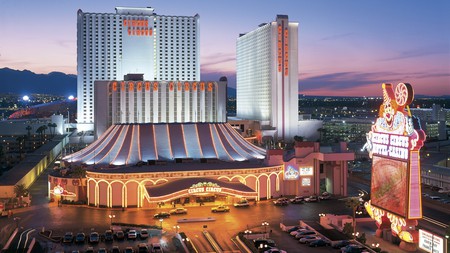 From James Bond’s adult playground to the original prototype for “family-friendly” Las Vegas, Circus Circus has brought five decades of clown-based surrealism to the Strip.

Don’t let the big top fool you. Designed by Rissman and Rissman Associates and opened in 1968, Circus Circus was intended for grown-ups. At the time, Las Vegas was in the throes of theme-ing everything, from the “Egypt” of the Dunes to the “Rome” of Caesars Palace. An article in the Las Vegas Review-Journal stated that: “[T]he huge casino will have numerous circus acts performing around the cavernous room, trapeze and high-wire acts performing over the heads of gamblers and bevies of showgirls dancing and singing throughout.”

The casino had cocktail waitresses dressed in sexy majorette outfits, blackjack dealers in polka-dot shirts and even had a slide for tipsy gamblers to ride from the midway to the gaming floor. In 1972, the property opened its first hotel tower – with a loan that led to mob entanglements. In fact, notorious mob enforcer Tony Spilotro – AKA “Nicky Santoro” in the movie Casino – eventually owned a gift shop at Circus Circus.

Two years later, Jay Sarno sold Circus Circus to William Bennett, who got rid of some of the bawdier shows and continued the hotel expansion. It became a public company in 1980 as Circus Circus Enterprises, opening Excalibur and Luxor. In 1999, the company became the Mandalay Bay Resort Group after opening Mandalay Bay Resort Casino, and in 2005, MGM Resorts bought the whole shebang. 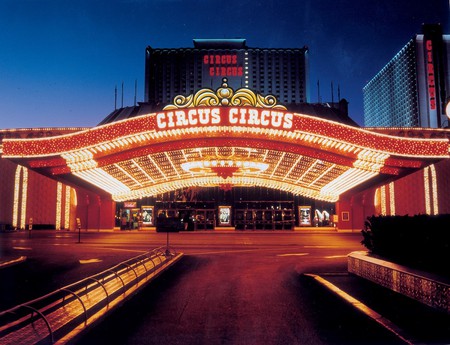 Circus Circus has made a memorable cameo in films like James Bond: Diamonds Are Forever, Austin Powers: International Man of Mystery and Honey, I Blew Up the Kid several decades later. But its most famous appearance is perhaps Hunter S Thompson’s Fear and Loathing in Las Vegas, where it sends Thompson and his attorney into a tailspin “nobody can handle… the possibility that any freak with $1.98 can walk into the Circus-Circus and suddenly appear in the sky over downtown Las Vegas twelve times the size of God, howling anything that comes into his head. No, this is not a good town for psychedelic drugs.” 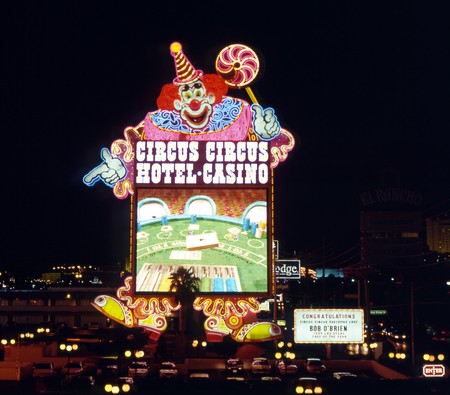 Circus Circus was one of the first casino properties to court families, and it remains their modus operandi. Chief among the draws for those with little ones is the Adventuredome, an indoor amusement park that opened in 1993 and has expanded since then with dozens of rides and roller coasters. In fact, during the Halloween season, its Fright Dome is one of Vegas’s more popular haunted houses.

On the more grown-up side of things, the casino’s Steak House is a top-notch restaurant with an unmissable interior that gives you pink polka-dot weirdness. Few may have thought Circus Circus would last 50 years, but it seems unlikely to go anywhere anytime soon. 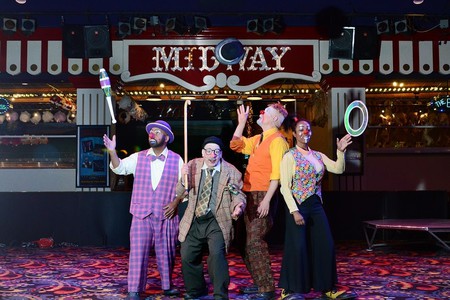