Tips for Visiting Las Vegas for the First Time 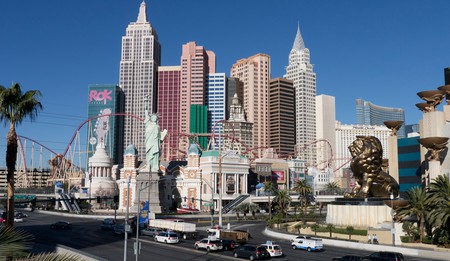 Las Vegas is one of the most tourist-friendly cities in the world. Its limitless entertainment, hotel and dining options make it one big playground waiting to be explored. But with more than 40 million visitors a year this is one of the world’s most popular tourist destinations, and can feel slightly overwhelming. Fear not, if you’re visiting Sin City for the first time, we’ve put together this guide full of top Vegas tips to help you make the most of your trip.

Las Vegas lies in the northeastern portion of the Southwest’s sprawling Mojave Desert, which means the summers are scorching. With daytime temperatures hovering well above 100F (more than 37.7C) and nights typically failing to fall below 90F (32.2C), the weather is ideal for pool lounging. Book of these fantastic hotels with pools to make sure you have easy access.

Winter can be frigid by comparison, particularly in the dark desert when low temperatures make the city cold. Pool parties are generally infrequent during late fall and winter, so plan your pool time accordingly if your trip takes place between October and March. 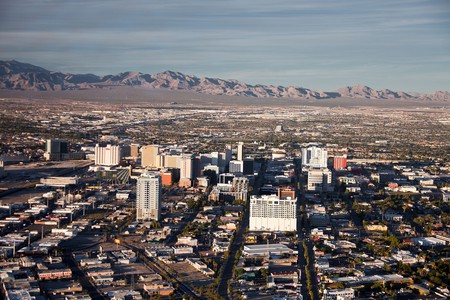 Traveling the Las Vegas Strip on foot can be exhausting. Sometimes, it’s a little too tempting to try and take shortcuts. However, jaywalking on the Strip can carry consequences if a bicycle cop catches you. It’s also dangerous since the street is always dense with traffic. Save yourself a lot of money and use the crosswalks, or take advantage of the monorail and bridge options. 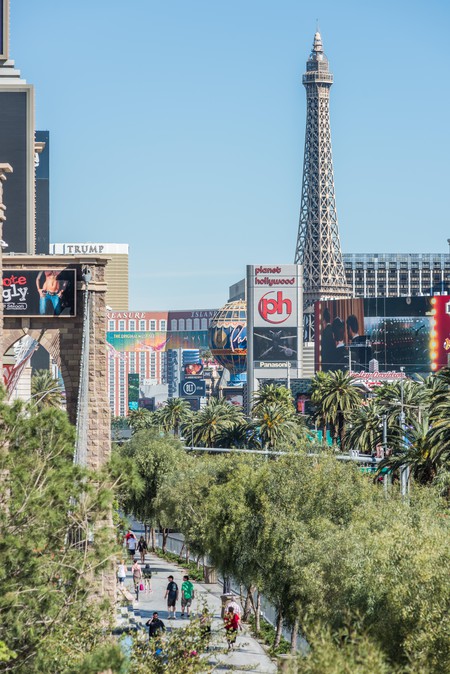 Every casino is different. Looking to make friends with the locals? Go way off the Strip to resorts such as Red Rock or Green Valley Ranch. Want a retro vibe? Go Downtown to the El Cortez for $1 table games and old-school slot machines. However, the newest slots that resemble video games are generally found on the Strip.

If there is a particular table game you want to learn, trawl one of the casinos late at night for an active table without any players. Dealers will happily teach you how to play a game so long as the lesson doesn’t hold up the action for anyone else. Just don’t ask how much to bet or what’s in their hand. Jokes like that do not fly very far with casino management. 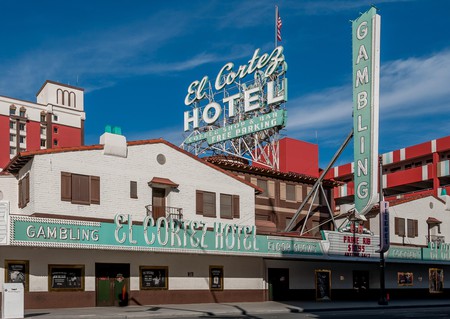 Learn the unique history of Vegas

Vegas has one of the most colorful histories of any city in the United States, and there are plenty of museums that show this past off for tourists.

Situated in Downtown, The Mob Museum tells the tale of the mafia in the United States without skimping on its vital involvement during the early days of the Vegas gaming industry. The exhibit is housed in an old courthouse, and it even has a speakeasy.

The Neon Museum – also known as The Neon Boneyard – provides a visual history of Vegas’s past through the disused neon signs of defunct casino-resorts. Tours run through 11.30pm, weather permitting, with after-dark light shows that bring the signs to life.

The National Atomic Testing Museum, presented with support from the Smithsonian Institution, takes visitors through the Cold War heyday of nuclear weapons. This museum, in particular, shows the effect of the nuclear age on Las Vegas specifically, along with its broad and lingering impact on macro-American culture. 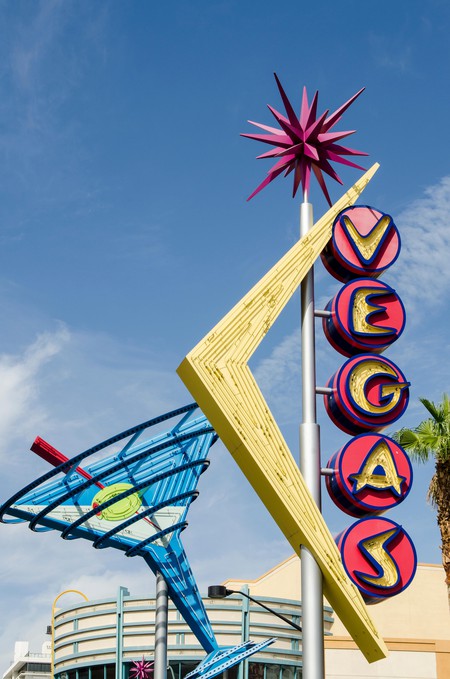 Explore the rest of the city

Most people come to Las Vegas to see the Strip. It is one of the great tourist attractions in the country and should be on everyone’s bucket list. However, there is more to Las Vegas than that one stretch of road. There are mountains to explore, desert to see and museums to visit. See the Las Vegas that exists beyond the Strip, and you’ll find even more reasons to love Sin City. 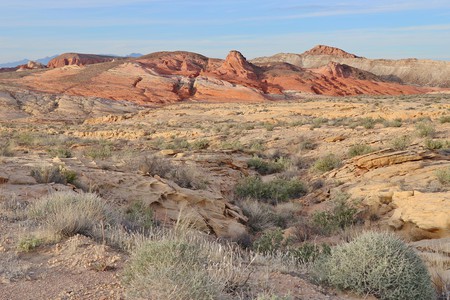 Walk, drive or take a cab

If you’re flying in, Vegas makes it easy to get from the airport to the Strip or Downtown, and back again, with cab fares and ride-shares between the two usually pretty reasonably priced. Nevertheless, an Uber ride to the nearest grocery store can be pricey, and those fares add up quickly if you want to visit Chinatown, Summerlin or any of the far-flung, five-star restaurants sprinkled in the farthest reaches of Sin City.

If you want to freely explore the surrounding area, or take a day trip to Lake Mead, the Grand Canyon or a nearby city such as Laughlin or Primm, then renting a car is the best option. Parking is free at most hotels, and you’ll be able to save money on cabs and overpriced tours. Plus, the freedom of going where you want, when you want, is priceless. 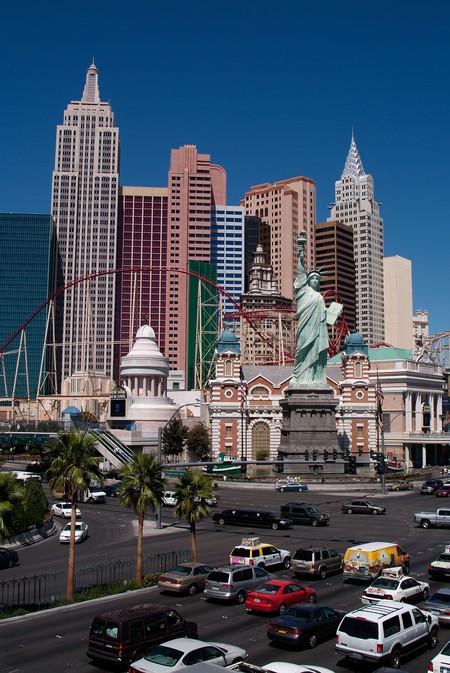 Don’t bend your cards at the blackjack table

The moment you sit down at a table game in Las Vegas, security is watching. Security cameras cover every inch of a casino, especially the casino floor. Whether it’s poker, blackjack or Pai Gow, every action a guest takes is observed closely. If a guest does anything that could be construed as cheating, such as bending their cards upwards, pit bosses can request they leave the game or the property. 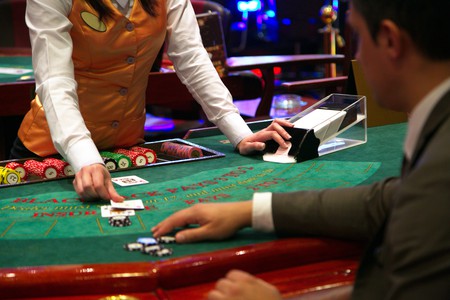 Most of the nightclubs on the Las Vegas Strip have a dress code. They all follow some general guidelines, such as no baseball hats, athletic shoes, sunglasses or torn jeans. If you show up improperly dressed, the doorman has the right to bar your entry and call security if they want you removed. To avoid a long walk back to your room, err on the side of caution and dress to impress. 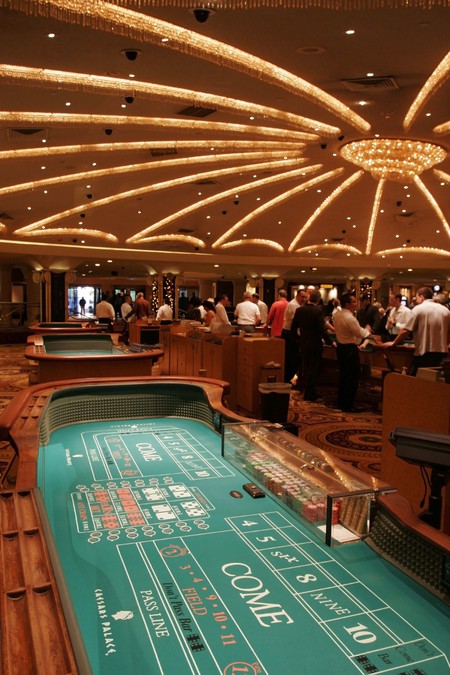 Some places in Las Vegas, such as nightclubs, have a dress code | © PhotoBliss / Alamy Stock Photo

Cab and ride-share regulations aren’t the only surprising legal issues that affect first-timers to Vegas. The most infamous, of course, is the status of prostitution in Sin City. Nevada allows the world’s oldest profession solely at licensed brothels in counties that have fewer than 700,000 residents. However, those counties where it’s legal under state law ultimately have the final say – only 10 counties allow it. In other words, prostitution is illegal in Las Vegas (Clark County). As there are brothels within driving distance of Sin City, anyone feeling frisky has the option of a legal dalliance outside city limits. Smoking and drinking laws are famously freeform, but there are still restrictions.

Can you smoke in casinos?

Smoking is allowed on a casino floor, but the waitstaff of many restaurants will require you to dispose of or put away any cigarettes, cigars and vapes while in the dining room. Open containers of alcohol are, likewise, permissible outdoors in tourist centers but instantaneously become container non grata virtually everywhere else. 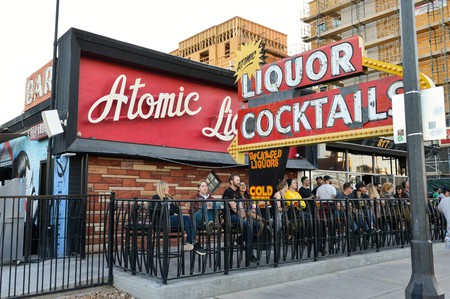 The markup on everything in Las Vegas is high, including its ATM fees. Depending on which casino you’re at, the ATM fees can cost almost as much as a good drink from the bar. Save yourself some money by withdrawing from a local Bank of America or Wells Fargo, or bring enough cash before you leave. 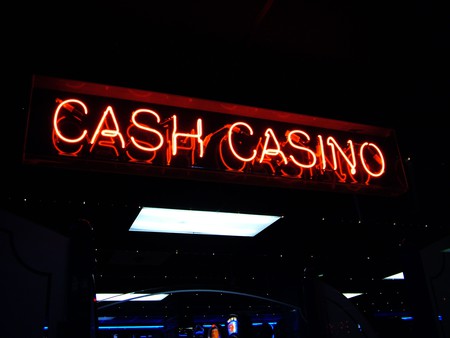 You will go through a lot of cash in Vegas. Tips for hotel staff alone will deplete your $1 bills faster than you can say, “Let ‘em ride, baby!” The casino has plenty of ATMs, but most have service fees that can go as high as $10. Shops and boutiques at the resorts are no help, as most do not offer cashback. Stores along the Strip, such as Walgreens, can be helpful, but the lines for the register can take 20 minutes or more. They also limit the amount of cash you can receive per transaction. Flyers can avoid all of this by getting money at the McCarran International Airport, where every major bank has an ATM on the way to the baggage section. Drivers have little choice but to get it at home. It’s worthwhile, though, since you’ll be saving a lot of money by planning ahead. 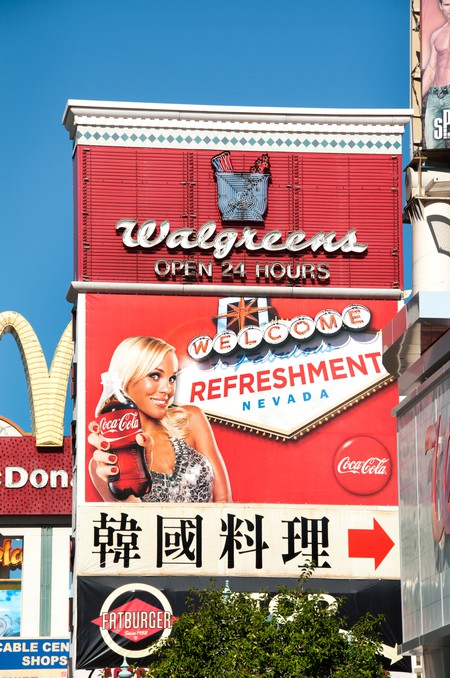 Should you tip in Vegas?

Tipping is a big thing in the United States, especially in Las Vegas, a city that relies heavily on its service industry. Upon your arrival, you’ll most likely deal with everyone from a taxi driver taking you to your hotel to the waiter serving your food at a restaurant. It might be confusing to remember who to tip. While retail employees and pool attendants are not generally allowed to accept money, the casino hosts, valet, servers and bellhops are allowed to do so. 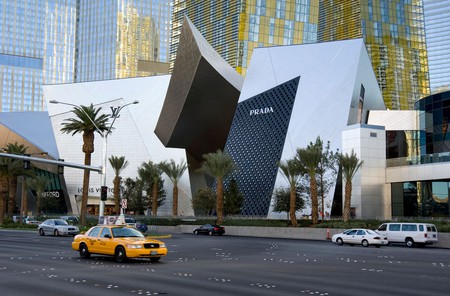