There are many reasons why one should visit Las Vegas. Known as the ultimate playground, the city is colorful and vibrant, making it an ideal destination for various travelers looking to explore its entertainment, cuisine, and nightlife scene.

Las Vegas attracts visitors from all corners of the world who are looking to explore the city’s best tourist attractions. From the famous Las Vegas Strip to the wild pool parties, uncover the beauty of Sin City and find out why you should visit Las Vegas at least once in your lifetime.

You can’t visit Las Vegas and not visit the Strip. Known as one of the most famous streets in the world, Las Vegas Boulevard is always buzzing. Home to many hotels like the Bellagio, Ceasars Palace and the Stratosphere, the Strip also offers endless food and drink options, not to mention a chance to catch a musical show. 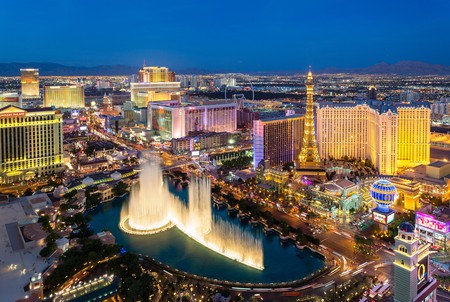 It gets hot in Las Vegas – really hot. With temperatures that can reach over 110°F (43.3°C) in the summer, it might seem like the weather in the city would be a drawback to its visitors. However, hotel pools and day clubs draw huge crowds, particularly during summer, turning them into day clubs with water. Temperatures remain mild enough in the winter to enjoy the outdoors, making Las Vegas a great place to visit year-round. 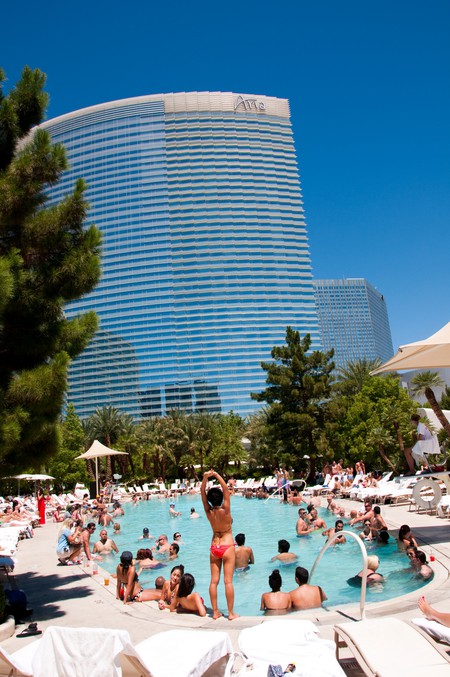 Hoover Dam is an architectural marvel and a tribute to the American dream. Built during The Great Depression, the 726-foot-tall (221.2-meter) structure creates the largest reservoir in the country and is one of the tallest dams in the world, after the Oroville Dam in California and the Jinping-I Dam in China. 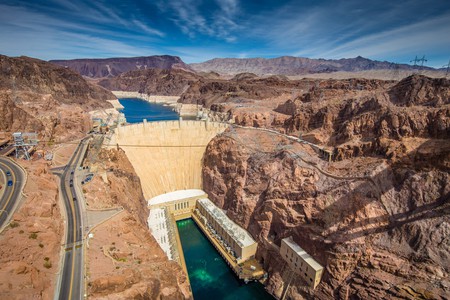 Hoover Dam, a major tourist attraction located on the border between the states of Nevada and Arizona, USA | © Scott Wilson / Alamy Stock Photo

Since Las Vegas depends on tourism to drive its economy, the Las Vegas Strip maintains its status as a top travel destination by taking good care of visitors with hotels often encouraging employees to do anything they (legally) can to take care of their guests. Properties such as the Aria, Mandarin Hotel, and Bellagio have earned Five-Star AAA Diamond Ratings, and neighboring properties have received four stars. These ratings are proof that luxury, style, and comfort are the priority for every guest on the Strip. 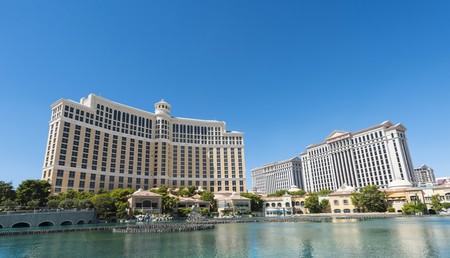 Since Las Vegas is a city that is constantly changing, preservation of its history becomes vital. The Neon Museum does just this, mainly through the signages of its former casinos and businesses. Visitors can find remnants of some of the oldest businesses, including The Steiner’s laundry service, The Ugly Duckling Car Sales, and the pirate skull that once adorned Treasure Island. If you’re looking to learn more about the city’s past and find out how it became the Sin City we know today, a visit to the Neon Museum is a must. 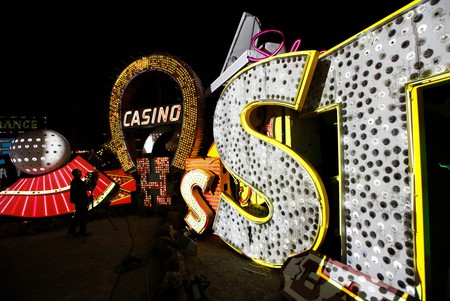 Proximity to other vacation destinations

Another plus side to visiting Las Vegas is how close it is to other places. Las Vegas is three hours’ drive from Big Bear in California and Zion National Park in Utah. Death Valley National Park and the Grand Canyon are two hours away, and with enough careful planning, you can maximize your time by squeezing in numerous destinations in one trip. 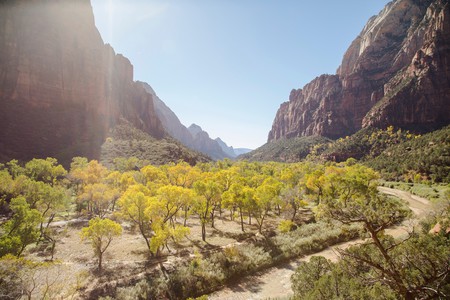 You know what they say; whatever happens in Vegas stays in Vegas! It’s the place to visit if you are looking to party, whether it’s with the stars or the locals. With tons of nightclubs spread out in the city, especially the Strip, you can choose to party when darkness set as well as in the middle of the day. Besides the plethora of nightclubs, the Las Vegas hotel pools and day clubs allow visitors to party 24 hours a day in a fun atmosphere with world-renowned DJs playing the latest hits.

Las Vegas has a history as unique as its reputation. With its early beginnings as a mining town to its rise underneath organized crime to Elvis, there’s a little bit of everything in the story of Las Vegas. Tourists can see this firsthand, from the Historic Mormon Fort to the college gym where Ann Margaret and Elvis filmed Viva Las Vegas. 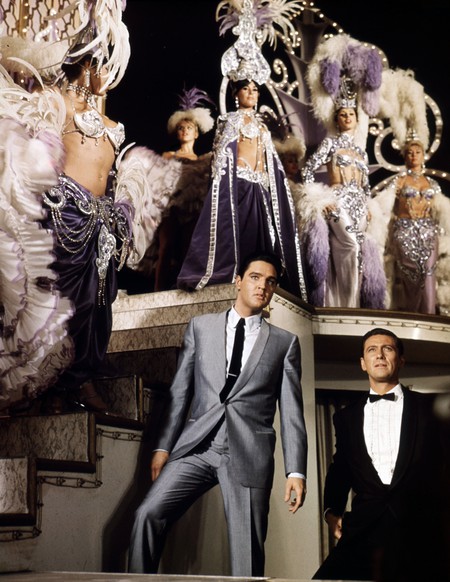 Desert and mountains in one place

Las Vegas’ surroundings may be desert, but if you know where to look, you can greener areas. A short drive north will take visitors to Mount Charleston, a green oasis in the middle of the desert. With 12 hiking trails, seven picnic sites, and six campgrounds available and a modest ski area, Mount Charleston offers a cool alternative to the blistering heat that can overtake the Las Vegas Valley and can be visited all year around.

The people on the Las Vegas Strip

The Las Vegas Strip is brimming with characters. At any given time, tourists can take pictures with Transformers, sexy pirates and Minions, or watch spray-paint artists and breakdancers at work. No matter what time of day, you’ll come across at least one or two people to tell stories about when you get home. 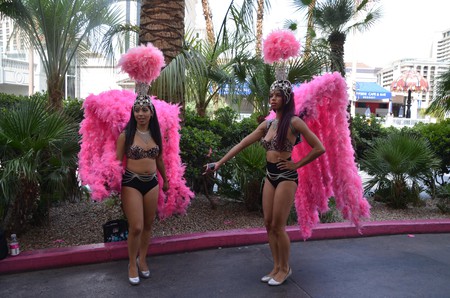 Besides drinking and partying, Las Vegas is home to incredible live entertainment. Since the early days of the Rat Pack and Elvis to current headliners such as Terry Fator, Penn and Teller, and Cirque du Soleil, Las Vegas has always been at the heart of the entertainment industry. Visitors can find anyone and anything on the Strip today, from house pets to zombie dancers. 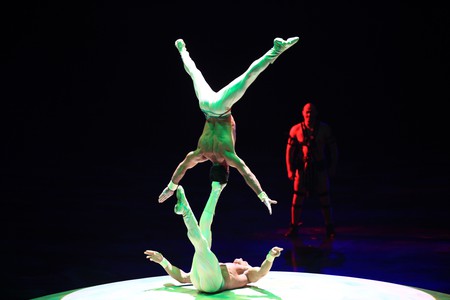 Las Vegas has plenty of ways to keep you busy at night thanks to the city’s popular after-hours venues. Situated on the Las Vegas Strip right behind the MGM Grand, you’ll find Topgolf. Open from early mornings until 2am, it keeps both kids and adults busy and entertained, no matter the time of day. If you’re looking to catch a show in the late hours, places like Absinthe at Ceasars Palace offer performing arts shows for ticket holders looking for an alternative way to spend their night.

Many people frequently refer to Las Vegas as a city that never sleeps. Much like New York, the city is a 24-hour town that is always buzzing with activity, either on the Las Vegas Strip or downtown. Whether it’s food, gambling, or toiletries, you can find it all on the Strip, and with everything always available, visitors can keep the party going until morning.

Fremont Street is the second-most recognizable street in Las Vegas and shows a different side of the city. The two miles (3.2 kilometers) that cut through downtown Las Vegas have changed throughout the years, from casino closures to the addition of the famous 90-foot (27.4-meter) canopy in 1994. The Fremont Street Experience draws crowds on a nightly basis; the live entertainers, musicians and the character models that populate the street are an added bonus. 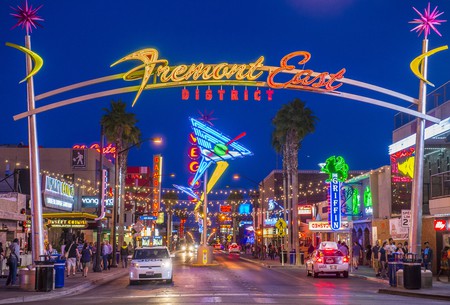 Downtown Las Vegas has enjoyed a cultural rebirth in recent years, and it shows no signs of slowing down. The Arts District is a developing neighborhood within the area, with locally owned galleries, cafés, and restaurants filling the storefronts. First Friday gives space to local artists, musicians, and entertainers to showcase their work, making downtown a haven for the creative community. 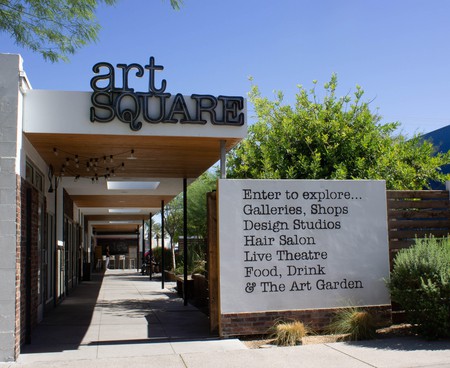 Part of the tourism industry in Las Vegas is dependent upon the number of festivals and conventions that take place throughout the year. Electric Daisy Carnival, iHeartRADIO, and Life is Beautiful draw thousands to the Las Vegas Valley every year, in addition to MAGIC and Mr. Olympia. If you happen to be visiting when a festival is taking place, why not attend? 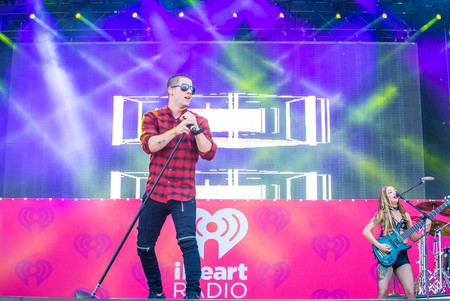