The Best Hotels to Book in and Around Lincoln Park, Chicago 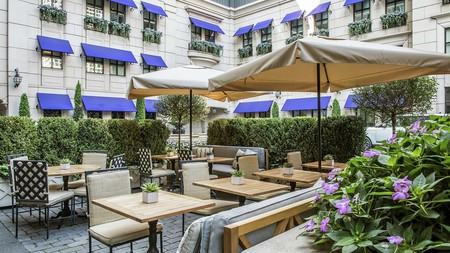 Maximize your time in the green and spacious neighborhood around Lincoln Park, which combines access to Chicago’s top sights with great local restaurants, bars and shops. Here are some of the best hotels in this area of the Windy City, bookable on Culture Trip.

Even if you’re just visiting the area around Chicago’s Lincoln Park, you’ll still get a taste of what makes it such an appealing neighborhood to live, work and play in. It’s great for nature and feeling like you’ve stepped out of the big city – especially thanks to the swathes of green space and winding paths of Lincoln Park itself. But it’s also within easy reach of downtown for when you want to experience city life at its most vibrant. Hotels in this area are a great choice for those wanting to be near the big attractions like Navy Pier and the Magnificent Mile, but with a peaceful atmosphere when they retire for the night. 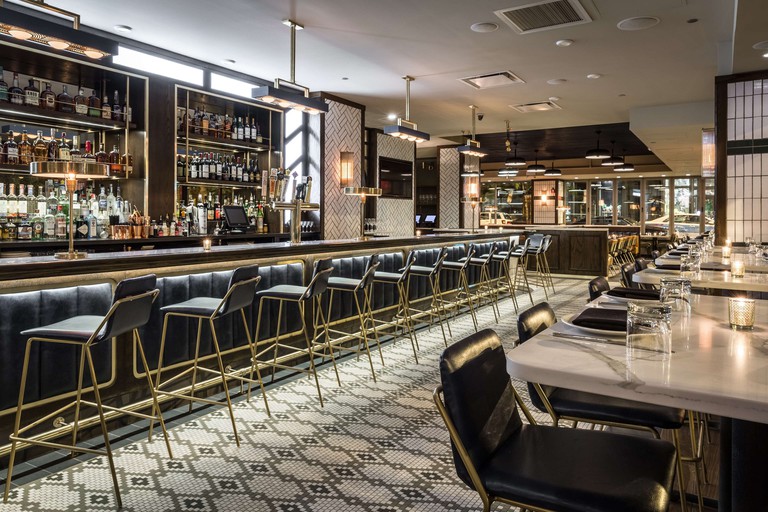 Courtesy of Hotel Lincoln / Expedia
In a leafy, residential neighborhood, this arty boutique hotel is moments away from the mighty Lincoln Park and is packed with cool and quirky features, like exhibitions from local artists. The rooms are as funky as the retro vintage lobby and interior, and you’ll never be far from great views of Lake Michigan and the city skyline – like at the hotel’s J Parker rooftop bar. Kick back with one of their inventive signature cocktails – try a Collie-Shangles (gin, hibiscus tea, peach liqueur, lemon and soda water). See the sights on a complimentary hire bike, or use the free ticket to the 360 Chicago observation deck that each guest receives. 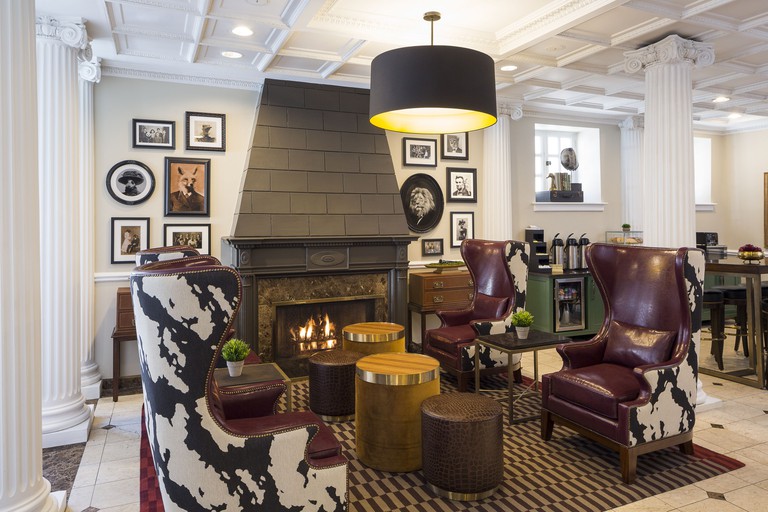 Courtesy of Willows Hotel / Expedia.com
The Willows has both the look and feel of an eccentric, 19th-century British manor house. There are some snazzy suites on offer if you want to splash out, but you can feel just as special by draping yourself across the playful lobby furnishings – which feels even more indulgent if you’re near the roaring fire. Lake Michigan and all the associated lakeside fun are just two blocks away, and there’s tons of other sights nearby – including Wrigley Field baseball stadium, home to the Chicago Cubs. 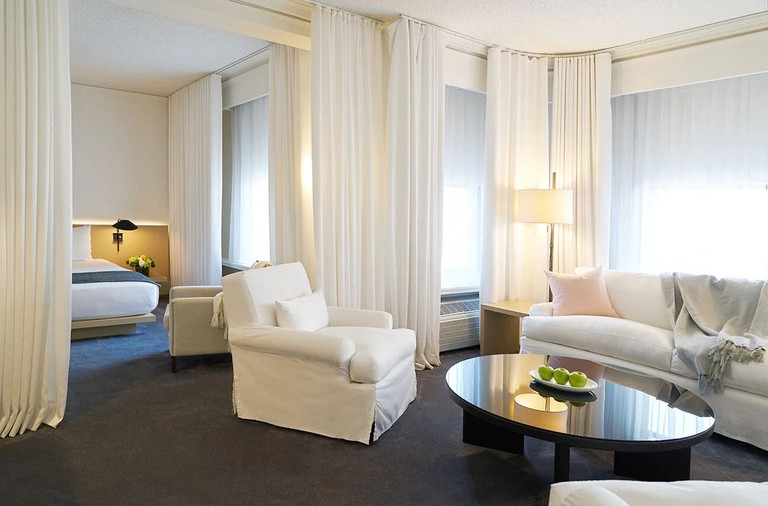 Courtesy of Ambassador Chicago / Expedia.com
Set in the affluent and attractive Gold Coast neighborhood, the Ambassador Chicago is a subtly splendid hotel, as you’ll see when you enter the classical-styled lobby. All rooms feature bright, white decor and luxurious touches, like mosaic marble floors in the bathrooms and lavish bed linen. Don’t miss the library, complete with a fire for a homely vibe. Location-wise, you’ve got the south side of Lincoln Park a few blocks away, plus the Magnificent Mile, the Chicago Water Tower and lots more within a short distance. 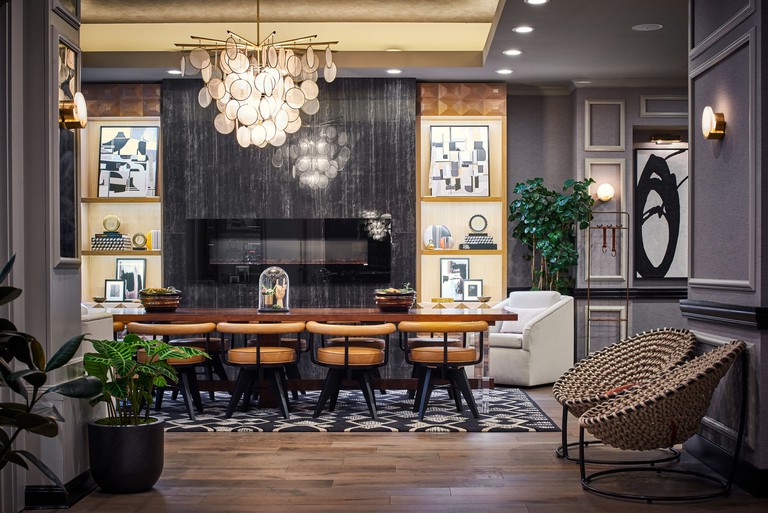 Courtesy of Claridge House / Expedia
This chic place is full of plush features that set it apart, particularly the in-house spa – a relative rarity in urban Chicago hotels. Pamper yourself with a massage or rejuvenating facial to prep for a visit to the super-slick, art deco-styled bar, Juniper. It specializes in – you guessed it – gin-based cocktails, and the staff make a mean martini. There’s a well-stocked gym for the morning after, and the pet-friendly policy means your pooch can enjoy the whole ride just as much as you. 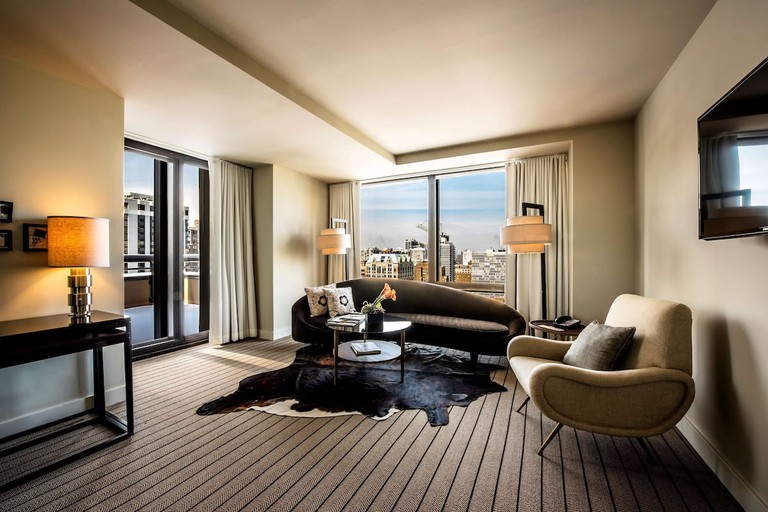 Courtesy of Thompson Chicago / Expedia
With its exposed brickwork and plush armchairs, the Thompson is very much the cool kid in town. But even though it has the feel of a hip, industrial bar or restaurant, there’s still an undeniably cozy atmosphere. Rooms are similarly design-focused, and many offer enviable views – some with floor-to-ceiling windows – over the Gold Coast neighborhood and wider Chicago. Make time to melt into those armchairs at the Salone Nico bar and cocktail lounge, which showcases wines from Italy and Greece, along with Grower Champagnes – boosting those artisan credentials even further. 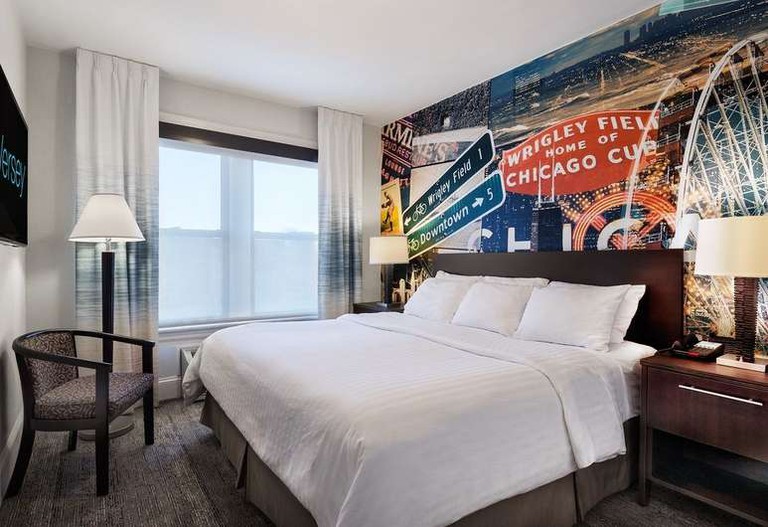 Courtesy of Hotel Versey Days Inn by Wyndham Chicago / Expedia
Funky, colorful and bulging with contemporary local art, Versey Days Inn proclaims its roots as a hotel favored by the rock’n’roll elite over the decades – Nirvana, Foo Fighters, Smashing Pumpkins and Red Hot Chili Peppers all reportedly stayed at its former incarnation. Rooms are adorned with bold visual reminders of Chicago’s cultural heritage – you can easily see those landmarks for yourself due to the hotel’s sweet-spot location close to the Chicago essentials. But remember to also explore the immediate Lincoln Park neighborhood surrounding the hotel, where you’ll find enough edgy restaurants and bars to satisfy even the fussiest old rockers. 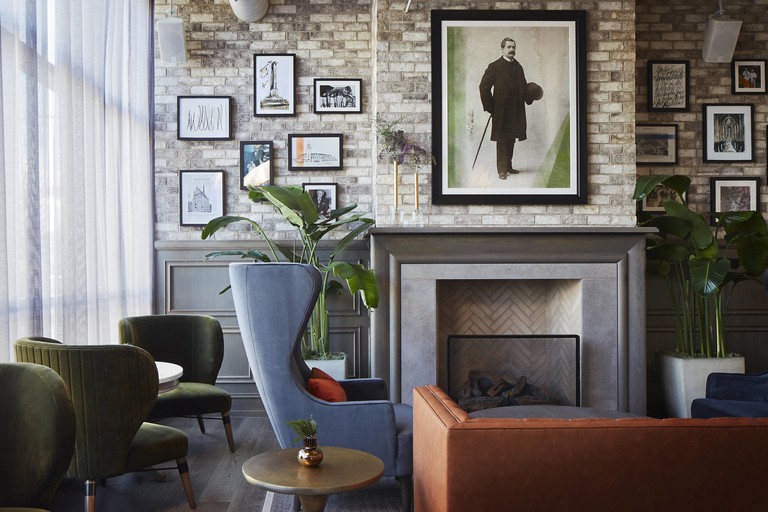 Courtesy of Hotel Zachary Chicago / Expedia.com
This boutique spot blends a dash of old-time elegance with lively, modern decor. But the big selling point is its location – directly opposite Wrigley Field, the Chicago Cubs baseball team’s home ground. This setting gives the hotel a buzzy, neighborhood feel, which you can explore even more in the multiple bars and restaurants slotted neatly onto the side of the hotel. Take your pick, from cocktails at the main hotel bar to pretzels and blueberry pale ale – and other craft brews – at Lucky Dorr, and tacos, tequila and bourbon at Big Star. 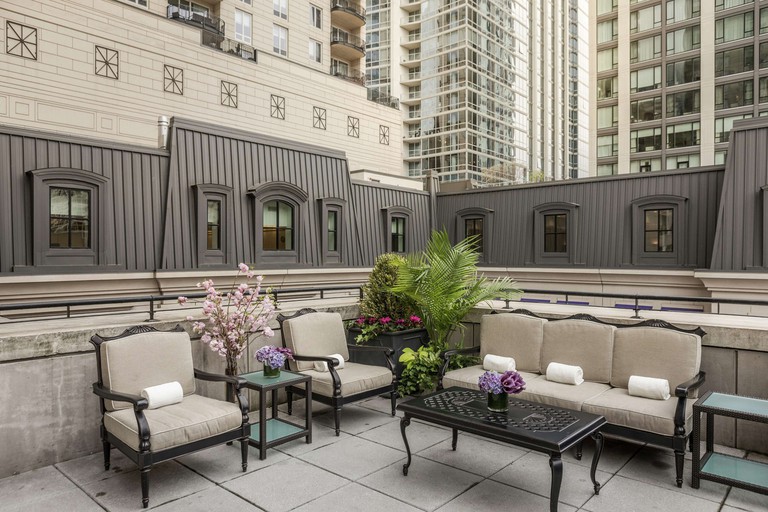 Courtesy of Waldorf Astoria Chicago / Expedia
Thanks to the prestigious name attached, it won’t surprise anyone to hear that this is a seriously elegant and high-end affair. This is reflected not just in the sumptuous surroundings, but also the amenities: a personal concierge can help you arrange special celebrations, a private car service offers free local drop-offs, and there’s a lavish spa with swimming pool and treatments – from pedicures to a full dermalinfusion body treatment. If you’re looking to splash out, the Waldorf Astoria makes for a truly memorable stay. 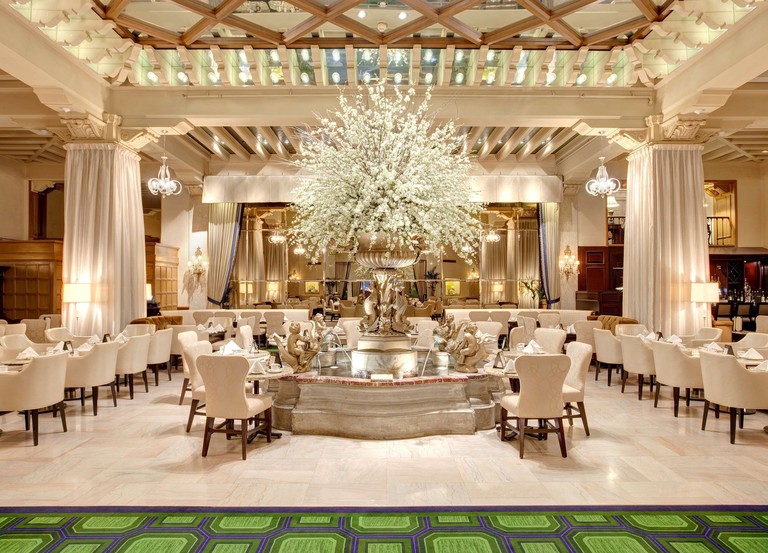 Courtesy of The Drake / Expedia.com
Tradition runs deep at the Drake, which dates back to 1920 and has hosted Queen Elizabeth II and Princess Diana – as well as being a favorite hangout of Chicago’s high society types back in the day. Relive those glory years by visiting the unapologetically opulent Palm Court, which offers afternoon tea, plus signature cocktails like a Black Cherry Cosmopolitan. Further boozy indulgence is found at the heady Coq d’Or bar, which serves its own locally distilled whiskey among wood paneling and low lighting. Work it all off at the large in-house fitness center before you take advantage of the hotel’s location on the Magnificent Mile.

Alternatively, stay in one of the best historic hotels in the Windy City or opt for accommodation for the savvy traveller – best of all, they’re bookable now with Culture Trip. If you’re traveling with your furry friend, check into one of the top pet-friendly hotels. There is plenty in Chicago to keep you busy – find out about the hidden gems that bring the city to life and explore the best outdoor activities on offer, all before settling down for some classic American cuisine in the evening.