The Coolest Things to Do and See in Miami

Miami is one of the most popular vacation destinations in the USA. The beaches, culture, food and history are just some of the things that draw people to this bustling city in Florida. Don’t know where to explore first? From the Everglades Safari Park to Ernest Hemingway’s former home, here are the coolest things to see and do while in Miami.

Take a dip in the Venetian Pool
Swimming Pool 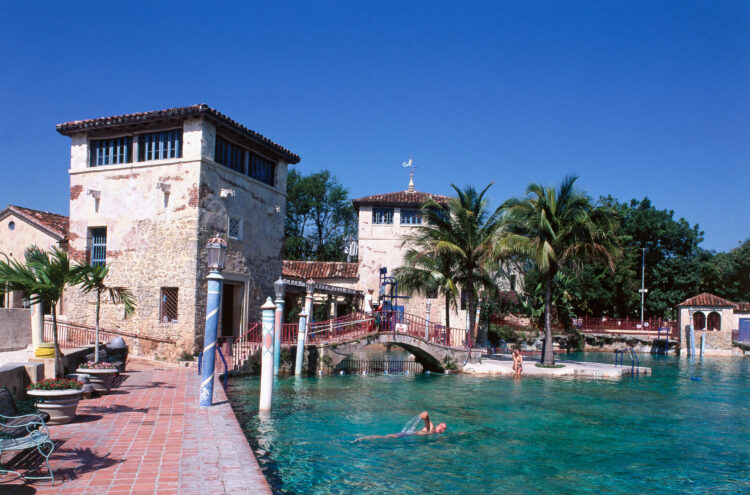 Developed in the early 1920s, this open pool was created from an old coral rock quarry, and it sits on four acres (2ha) of beautiful land in the Coral Gables area of the city. Designed in a Mediterranean style, the space features tall palm trees, a bridge and historic lookout towers. The 820,000-gallon (3,727,794 liters) pool is cleaned daily and uses spring water from an underground aquifer. Bring the family on a hot summer day and cool off by diving under the waterfalls or into the cave grottos.
More Info
2701 De Soto Boulevard, Coral Gables Section, Coral Gables, Florida, 33134, USA
+13054605306
Visit website
Visit Facebook page
Catch some baseball at Marlins Park
Building, Park, Stadium

Home to the Miami Marlins baseball team, this stadium has more than 10 dining areas, where hungry fans can grab pizza, burgers, gluten-free options, gelato and even ceviche. When you’re not eating or hoping to catch a ball in the stands, check out the collection of artwork scattered throughout the park – which includes pictures by renowned artists such as Joan Miró and Roy Lichtenstein – or head to the on-site sports bar, Clevelander, behind third base. The bar has a swimming pool, dancers, DJs and prime seats to view the game.

It’s well worth making the 45-minute drive south of Miami to see this unusual structure, which was built between 1923 and 1951 by Ed Leedskalnin. Ed was fond of saying that he had “discovered the secrets used to build the ancient pyramids” and, because no one ever saw him working on his castle, legend says that he had supernatural powers. The entrance features a direct message from Ed, stating that “you will be seeing an unusual accomplishment.” As you’ll discover, he wasn’t wrong.

Once owned by an international businessman, Vizcaya is a grandiose villa that is now a national historic landmark. The exquisite manor and gardens feature Italian renaissance and Mediterranean Revival architecture and formal gardens; and the house, which was built in the early 20th century, comes complete with an elaborate art collection and lavish furniture. The space is used frequently for private and public events, including a wild Halloween party, fundraising events and youth programs and art programs. Meander through the tranquil gardens or take a guided tour of the house to learn more about its nearly 100-year history.

The Art Deco Museum features three main styles of Miami architecture – Art Deco, Miami Modern, and Mediterranean Revival. By means of scale models, visual memoirs, and rotating exhibits, it explores the development of Miami Beach over the decades. The museum also offers tours of the Miami Beach area, to see the amazing architecture up close and personal. Choose from a variety of tours, including one for each style of architecture, and you can study these grand buildings first-hand, learning all about them from the knowledgeable tour guides. 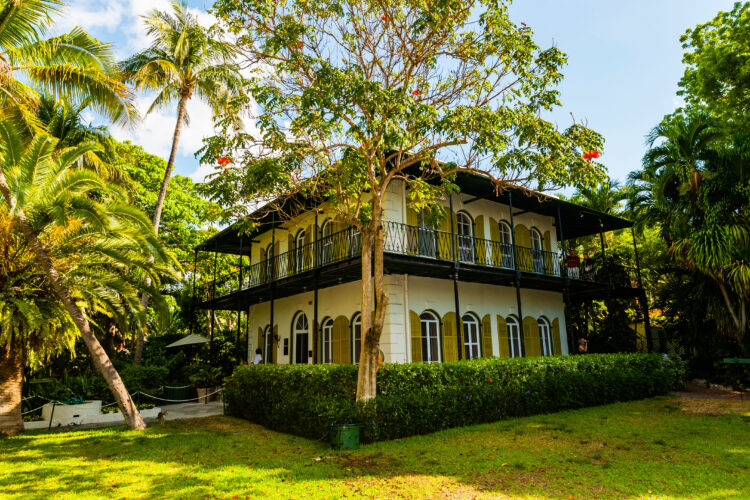 American author Ernest Hemingway lived in this lovely Floridian home between 1931 and 1940, before departing for Cuba, and now literature fanatics can walk in his very footsteps. Visitors can take a guided tour of the preserved interiors (which feature original furniture), the pool and the beautiful gardens while learning about the writer’s life and work. The house is also home to nearly 50 cats of different breeds, many of which are descendants of Hemingway’s cherished six-toed feline friend, Snow White.
More Info
907 Whitehead Street, Key West, Florida, 33040, USA
+13052941136
Visit website
Stroll down Calle Ocho
Architectural Landmark

Calle Ocho runs throughout Little Havana – an oasis of Cuban culture in the heart of Miami – and is lined with restaurants, shops and music stores. Visitors can also take a walking tour of the area and see the walk of fame, which remembers famous Latin artists such as Gloria Estefan. There’s also Domino Park, where residents play the game it’s named after, the Bay of Pigs Museum and several notable churches.

South Beach is the hottest spot in Miami, day or night. In the daytime, curl up on the white sand with a great book or hop into the water and give paddle boarding a try. After soaking in the sun, dance the night away at the most popular clubs or grab a drink with friends at a trendy sports bar. No matter where or when you are in South Beach, two things are for sure: the views are breathtaking, and the neighborhood is perfect for mingling and people watching.

Located half an hour’s drive west of the city, the Everglades Safari Park is a perfect spot for a family day out. The park is famous for its airboat rides, which enable you to glide effortlessly down the glades while spotting famous waterfront homes – but you can also see a wildlife show, eat at the safari restaurant, book a private tour or walk the jungle trail. Be sure to stop by the restaurant and gift shop to commemorate that time you were on the glade and up close and personal with a gator.

More Info
26700 Southwest 8th Street, Miami, Florida, 33194, USA
+13052266923
Visit website
Attend Carnaval on the Mile
Music Venue
Carnaval on the Mile happens every spring in the Coral Gables area of the city, and it celebrates sculpture, painting, photography and crafts. The weekend festival also hosts more than 25 concerts of various genres of music, including Latin, funk and rock. Enjoy food and drinks provided by Miami’s best restaurants, and wine and spirits from regional distributors. The festival is perfect for the whole family, so be sure to bring your kids, pets and grandparents along too.
More Info
199 Miracle Mile, Coral Gables Section, Coral Gables, Florida, 33134, USA
Visit Monkey Jungle
Zoo, Park

Monkey Jungle was founded in 1933 on a patch of natural subtropical forest in southern Miami, with the aim of studying a group of Southeast Asian Java monkeys in their original habitat. Now three times its original size, it offers visitors the opportunity to observe over 300 primates from more than 30 species, as well as a gorilla designated as the “King of the Jungle.” In a pleasing reversal of standard zoo etiquette, guests walk through the monkey’s spacious territories in caged tunnels.

The mysterious Miami Circle is located on Brickell Point, Downtown Miami. It came to light in 1998, when a property developer discovered dozens of small holes carved in a limestone bedrock. Further investigation revealed 24 of them to form a larger circle 12m (39ft) in diameter, within which prehistoric tools and human teeth were found. The site is now believed to be between 1,700 and 2,000 years old and was possibly used by the Tequesta Indians for ceremonial purposes – although conspiracy theorists have other ideas.

Located in the historic Coconut Grove area of the city, the Kampong is the only one of the USA’s five tropical gardens that’s not in Hawaii. It started life as the personal collection of Kansas-born plant enthusiast and explorer David Fairchild, who imported over 2,000 species of flora from all over the world during the late 18th and early 19th centuries. Particularly of note are the collections of fruit, flowering and palm trees, and a fine specimen of Buddhism’s most sacred tree.

More Info
4013 Douglas Road, Coconut Grove, Miami, Florida, 33133, USA
+13054427169
Visit website
Roam a graffiti-filled sports stand
Architectural Landmark, Art Gallery
When it opened in 1963, the 6,000-seat Miami Marine Stadium was the first facility in the world built for boat racing – a function it served for three decades, while also providing spectators with fantastic views of Dodge Island and Miami harbour. But the stand was abandoned after being declared unsound in 1992, and is now a fenced-off wasteland of ruined seats and colourful graffiti – in other words, the perfect spot for a little off-piste urban exploring.
More Info
3501 Rickenbacker Causeway, Downtown Miami, Miami, Florida, 33149, USA
+13053613316
Visit website
Go and see a presidential railcar
Museum

In 1942, shortly after the United States entered WWII, Whitehouse aides suggested that president Franklin D. Roosevelt should have his own custom-made railcar, so as to increase his security when travelling the country. With FDR’s approval, the government bought a luxury Pullman coach named the Ferdinand Magellan and converted it into “U.S. Car Number One,” complete with 3in-thick (8cm) bulletproof windows, a presidential suite and a conference room. Today, you can see FDR’s pimped ride in the Gold Coast Railroad Museum.