Miami’s Best Cultural Restaurants, Dining Out In The Magic City 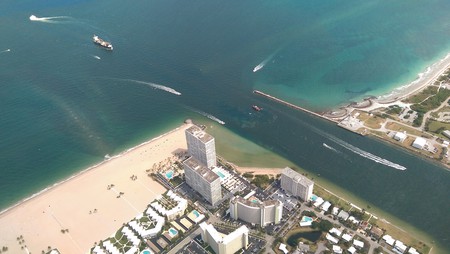 Miami, Florida is known for its innovative and multicultural approach to food and its wealth of original contemporary design. From historic seafood establishments to cutting edge dining experiences, these 10 restaurants represent the best of Miami’s culinary scene. 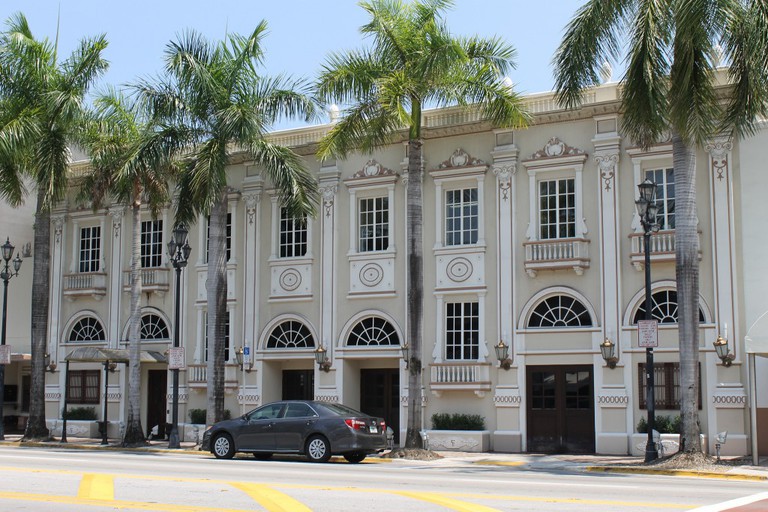 The Forge Restaurant | ©Phillip Pessar
The Forge Restaurant has been redesigned to resemble a private home of the elite and extravagant. Wood panelled walls are intricately corniced, and gothic arched passageways off the central dining room lead to smaller, more intimate spaces. The Rococo-esque interior is completed with hefty, crystal chandeliers that preside over a mixture of upholstered and metal furniture. The featured farm-to-table menu here is telling of the approach to dining at this renowned culinary establishment.
Open In Google Maps
432 West 41st Street, Nautilus, Miami Beach, Florida, 33140, USA
+13055388533
Visit Website
Give us feedback

Juvia’s menu presents a carefully conceived convergence of French, Japanese and Peruvian cooking. Using only the freshest local ingredients, dishes are prepared by executive chefs Laurent Cantineaux, Sunny Oh and Gregory Gourreau who each bring their own distinct expertise to the kitchen. This collaboration results in dishes like unagi in chocolate eel sauce, causa croquette with cilantro and aji amarillo aioli and Chilean seabass with Hawaiian heart of palm basil soy butter, all of which merge unusual flavours in harmonious union. Internationally renowned botanist Patrick Blanc is credited with much of the interior design of the restaurant, and unusual elements like the indoor vertical garden bring a luscious rainforest feel to the dining room. The penthouse restaurant space allows guests to sit either indoors or outdoors, both of which offer majestic views out over the Miami skyline. 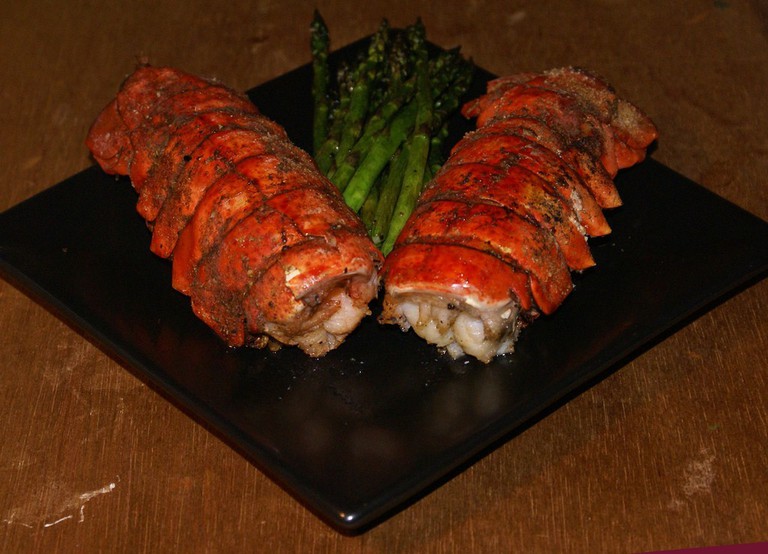 Versailles Cuban Cuisine has come to be recognised as one of Miami’s premier Cuban restaurants. Operating at the center of the city’s vibrant Cuban community, Versailles is often the first stop that politicians make when attempting to reach out to Miami’s Cuban exile population, as well as a point of reference for the local media when seeking the Cuban perspective on political issues. Versailles has thus become an iconic establishment within the city, serving its vaca fritta, chicken fricasse, cuban sandwiches and creamy cortadito coffees late into the evening.
Open In Google Maps
3555 Southwest 8th Street, Little Havana, Miami, Florida, 33135, USA
+13054440240
Visit Website
Give us feedback

Joe’s Stone Crab has been a classic Miami institution for over 100 years. The region’s stone crab season runs between mid autumn to late spring, making the months between October and May the ideal time to visit Joe’s. Back in the early days of the restaurant’s operation Joe ran the kitchen while his wife Jennie managed the dining room. Known for her strong hand and no-nonsense attitude, she frequently rejected diners who she saw as bad mannered. Yet famous American gangster Al Capone was welcomed frequently in Joe’s elegant dining room. This timeless joint continues to serve as a hot-spot for famous figures of Miami, playing frequent host to politicians, actors and athletes.
Open In Google Maps
11 Washington Avenue, South Beach, Miami Beach, Florida, 33139, USA
+13056730365
Visit Website
Give us feedback 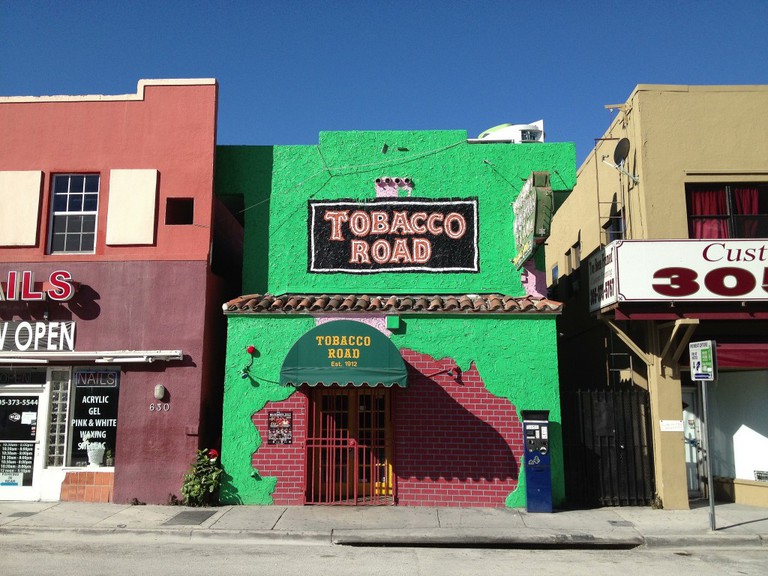 Tobacco Road | ©Phillip Pessar
Tobacco Road is Miami’s oldest running bar, first opened in 1912. Since its inception it has served as a prohibition era speakeasy, a gambling den, a gay bar, a strip bar and finally a blues bar. Throughout its colourful history the establishment has come into occasional conflict with the law, resulting in its closure in a number of instances. Tobacco Road has nevertheless persevered, and is without a doubt the best place in the city to enjoy an award winning, all-American greasy hamburger while listening to some of the most soulful Blues music in the country. This old time favourite remains a popular stop among locals and tourists alike.
Open In Google Maps
Miami, Florida, USA
Give us feedback 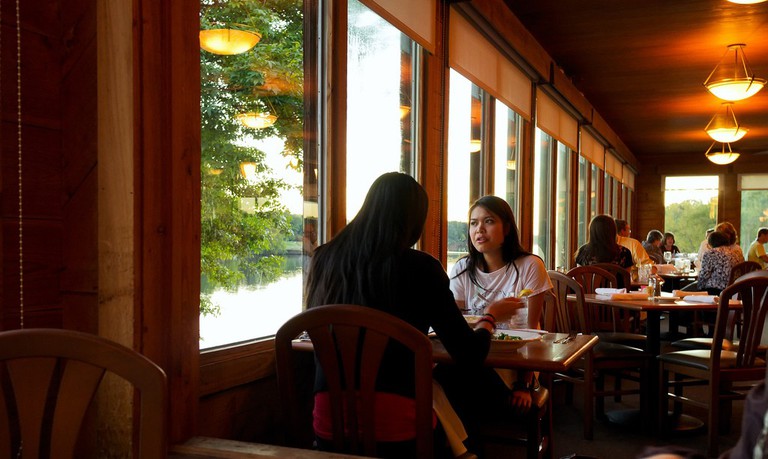 Cypress Inn | ©Ralph Daily
Situated in Miami’s design district, The Cypress Room was listed as one Bon Appétit’s 50 best new restaurants of 2013. James Beard Award-winning chef Michael Schwartz serves his version of contemporary cuisine within a quirky yet vintage inspired dining room. Rich wood panelled walls and elegant chandeliers are contrasted with teal coloured leather booths, wall mounted deer trophies and the restaurant’s selection of thrift store and etsy bought decorative china plates. The menu is centred around its wood burning grill and rotisserie, and features items like the lamb tartare with quail egg and the duck leg, which can be enjoyed together with one of their barrel-aged cocktails.
Open In Google Maps
3620 Northeast 2nd Avenue, Wynwood, St. Louis, Missouri, 63103, USA
+13055205197
Give us feedback 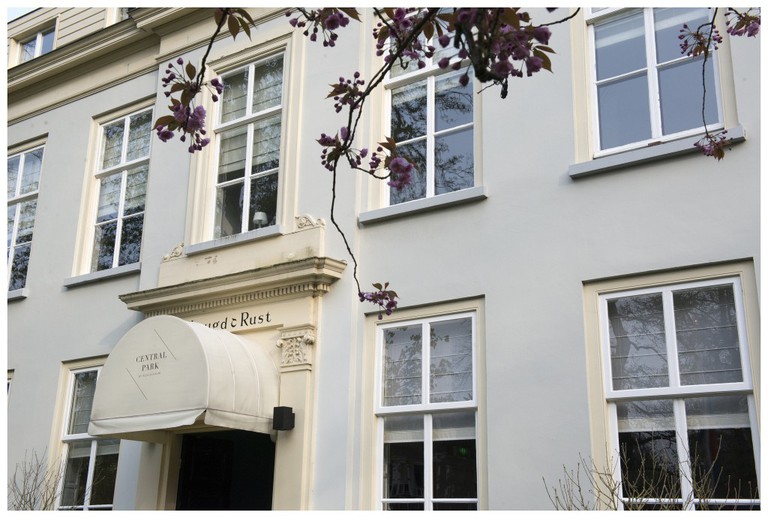 De Rodriguez Cuba | ©Ministerie van Buitenlandse Zaken
De Rodriguez Cuba brings Miami Cuban cuisine to the realm of fine dining. James Beard Award-winning Chef Douglas Rodriguez begins with a palette of traditional Cuban flavours, adding a modern, innovative spin to his native cuisine. The restaurant’s dining room is ripe with vibrant colours, featuring bright red walls and dining chairs upholstered in plush blue fabric. Chef Rodriguez is a master of Ceviche, having written a book on the subject, and in addition to items such as foie gras and fig empanadas, creative tapas and crispy pork belly sandwiches, his menu includes a list of seven different ceviches made with the freshest seafood to be found in the city.
Open In Google Maps
101 Ocean Dr, Miami Beach, Florida, 33139, USA
+13056726624
Give us feedback 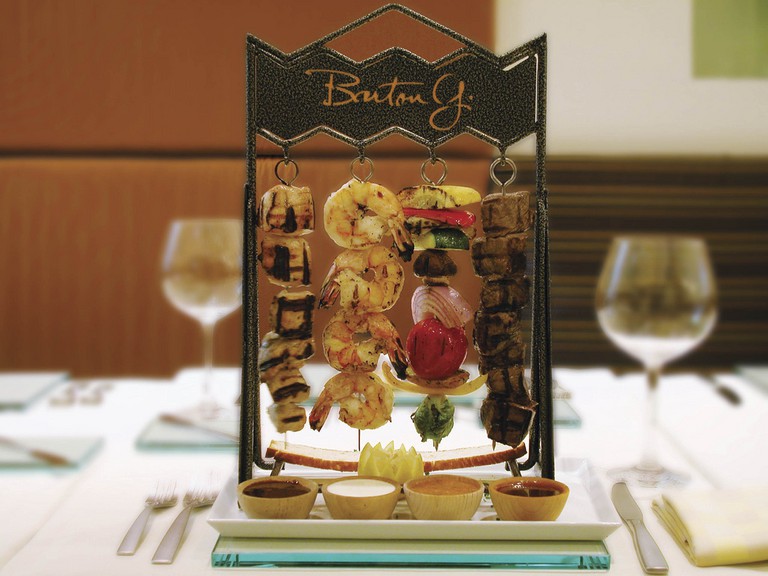 Barton G. The Restaurant | ©Zagat Buzz
Barton G Weiss is known world wide as an exceptionally imaginative event planner and restaurateur. Weiss brings his decades of experience and preference for the elaborate to his restaurant on South Beach, where food is not merely sustenance, but a completely sensory, over-the-top experience. The interior of the establishment has been designed with romantic shades of brown, bronze and copper, and infused with dim, mood lighting. Diners can also choose to enjoy their meal outdoors in the dense, green garden that perfectly captures the spirit of Miami.
Open In Google Maps
1427 West Avenue, South Beach, Miami Beach, Florida, 33139, USA
+13056728881
Visit Website
Give us feedback
Give us feedback