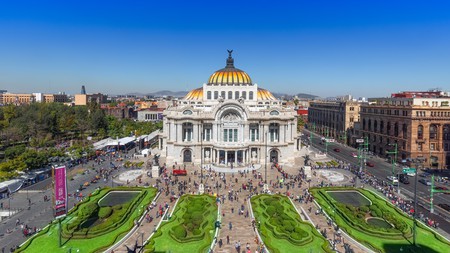 From the food to gorgeous music, there are plenty of reasons why you'll love the Mexican capital | © Elijah Lovkoff / Alamy

If you haven’t been yet to the capital of Mexico, what are you waiting for? These are the 12 reasons why you should visit Mexico City at least once in your lifetime.

Keen to go but you’d prefer to travel in a group? Then book Culture Trip’s five-day Mexico City tour which showcases the best of the city.

It has a thriving art scene

The artsy side to Mexico City is well-documented, and the art scene has been steadily on the rise for years now. Currently, some of the best contemporary galleries in the city can be found tucked into the centrally located Roma and, to a lesser extent, Condesa districts. However, if you go further afield you’ll be rewarded by some great finds. Take San Rafael or even the architecture-lovers’ hotspot of San Miguel de Chapultepec; of course, Kahlo’s former haunt Coyoacán goes without saying. Don’t forget about the street art either! 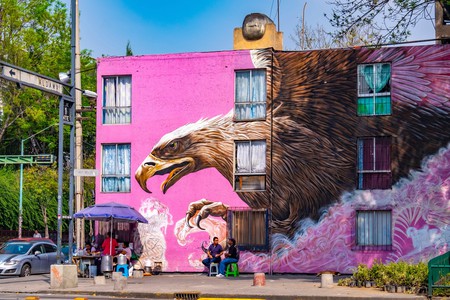 The cuisine is among the best in the world

Even though Asia is often considered to have the best street food scene in the world, the street-side offerings in Mexico City are certainly not to be sniffed at. With tacos, tlacoyos and tamales galore, you could spend an entire lifetime exploring the tastes of the capital. However, don’t forget about the gourmet restaurant scene either; Mexico City has some of the finest dining establishments, like Pujol and Padella. 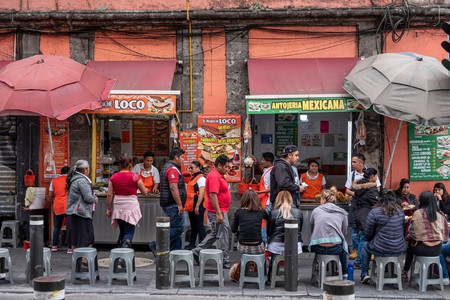 It’ll change your opinion on Mexico

If you’re from the US, or perhaps any Western country, your opinion on Mexico may have been skewed by dangerous political rhetoric. However, a visit to Mexico City will change your perspective on how this misrepresented country is portrayed and give you a chance to see just how amazing it is for yourself. While there are still dangers, as there are in any capital, the good far outweighs the bad. 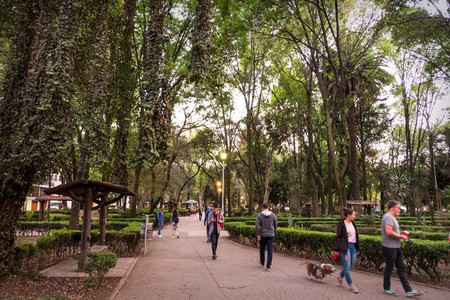 There’s a nightlife scene to suit everyone

Mexico City has got nightlife for any age, taste and orientation, from the many gay bars that line the streets of the Zona Rosa, to the fancier, buy-a-bottle nightclubs of the swanky Polanco district. Whether you like reggae, reggaeton or even jazz, you can easily find a spot to wile the night away with a craft beer, cocktail or traditional mezcal. 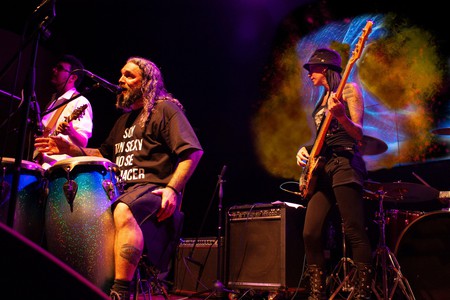 You can try pulque and other weird and wonderful Mexican drinks

Speaking of the Mexico City drinking scene, the capital is the ideal location to taste test not just the classics like tequila and mezcal, but also some lesser-known Mexican beverages. We’re of course talking about pulque, the Mesoamerican drink that’s oddly nutritional and sometimes off-puttingly gloopy. Given that it’s practically impossible to export and transport, you can only really find it in the central regions of Mexico, to which Mexico City belongs. 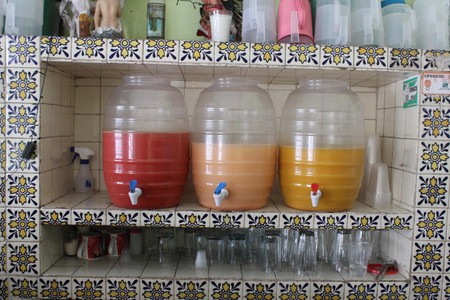 There are more than enough museums to keep you occupied

We’ve mentioned the art, but the museums are definitely worthy of a shout-out too – all 150 of them. Mexico City is the capital city with the most museums in the world and they range from the super famous and well-known (think, the Museo Nacional de Antropología) to the far more obscure (like Museo de El Carmen, which houses real life mummies) and even the informational and underrated (the Interactive Economy Museum in the historic centre is not just for kids). Basically, you’ll never be bored in Mexico City. 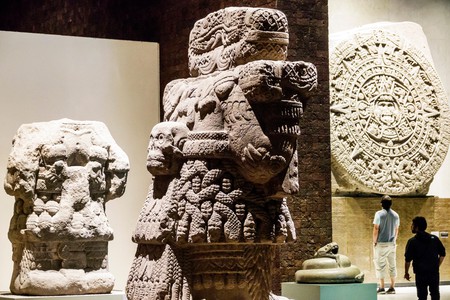 No guide to why you should visit Mexico City would be complete without mentioning just how affordable it is for the average tourist or traveller. In fact, it’s far and away the cheapest capital city in North America, and you can really stretch your money in Mexico City. While flights from outside the US can be a bit pricier, this initial upfront cost is balanced quickly by the cheap food, affordable accommodation and budget drinking options.

There’s nothing quite like landing in Mexico City at night

While we’re on the subject of flying into Mexico City, if you’re lucky enough to be landing there at night (or at least once the sun’s gone down), you’ll get to truly appreciate the vastness of the capital. Twinkling lights stretch as far as the eye can see, crawling up the mountains that hem in the city on all sides. Really, there’s nothing as impressive as coming in to land in Mexico City after dark. 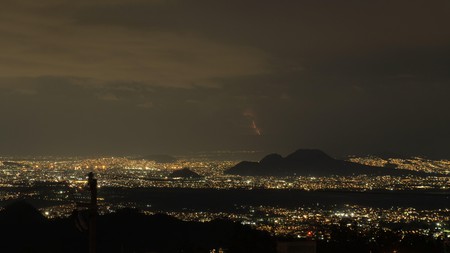 The city is more diverse than it’s given credit for

It’s the overwhelming size that lends Mexico City the diversity it has. Most people know that the centre is largely dominated by the sprawl of Bosque de Chapultepec, but few people realise that there are actually tons of national parks within the limits of Mexico City that allow you the chance to escape the rat race. You can hike in Ajusco, explore underrated attractions in Desierto de Los Leones, or relax in Los Dinamos. 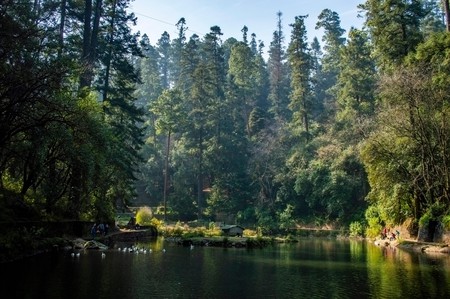 Design hotels are on the rise in Mexico City

If you think you have to slum it in a hostel while in Mexico City, think again. Design hotels are growing in popularity in the Mexican capital. Sparked by a boom in tourism, areas like Polanco, Roma and Condesa are filled to the brim with luxury and boutique accommodation options. There are also further-afield options in Coyoacán, Santa Fe and even the good old historic centre. That’s not to say that Mexico City hostels are bad though! In fact, some of them are incredibly cool. 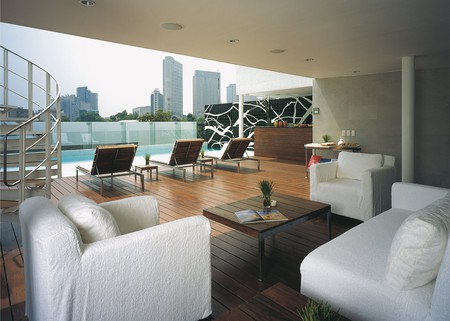 There are plenty of nearby ruins

If you like history and want to experience it in an atmosphere other than that of a museum, then Mexico City is the ideal place to visit. It’s surrounded by some of the most important Aztec, Toltec and Mesoamerican ruins. They include the fantastic Teotihuacán, the towering sculptures of Tula, Hidalgo and the city centre ruins of the Templo Mayor. All easily accessible from or within the capital, they’re world-class for a reason. 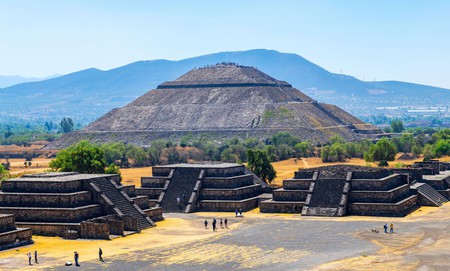 Mexico City is a great base for taking diverse day trips

Finally, even if you’re not so interested in Mesoamerican pyramids, Mexico City is the perfect base for taking several day trips. You can go down to Taxco, Guerrero, if former colonial silver mining towns are your thing, or you can go climb a mountain in Toluca. Alternatively, escape to Veracruz or pop down into Puebla and Cholula, the town with a church on every corner. 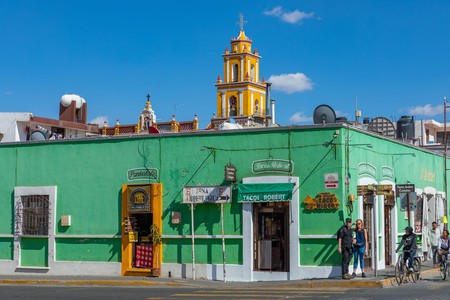 © Curioso.Photography / Alamy
Give us feedback