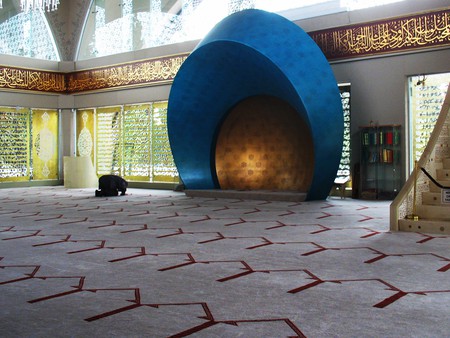 Zeynep Fadıllıoğlu has designed more than twenty successful Istanbul establishments before starting her own firm. However, what she’s most known for is being the first woman to design a mosque. We took a look at Fadıllıoğlu’s story and the details of her work with the stunning Şakirin Mosque.

Having studied Computer Science, it was a good thing that Zeynep Fadıllıoğlu took a step toward her real passion in interior design, completing a course in Art History and Design at London’s Inchbald School of Design. Inspired by her husband Metin Fadıllıoğlu’s business of opening some of Istanbul’s most successful restaurants and clubs, such as Ulus 29, Fadıllıoğlu went on to design around twenty establishments all around the city.

With both of her grandfathers involved in the textile business, Fadıllıoğlu inherited a passion for fabrics as well as antiques at an early age. Of course, growing up in a beautiful waterfront mansion built by Ottoman-Armenian architect Garabet Balyan also influenced the young Fadıllıoğlu, who was raised with a high appreciation for art and design. A collector of art since the age of 14, Fadıllıoğlu’s decision to study Art History and Design was due in part to her father’s guidance and support.

A photo posted by Zeynep Fadillioglu Design (@zeynepfadilliogludesign) on Aug 27, 2016 at 2:45am PDT

In 1995, the designer opened her own firm, Zeynep Fadıllıoğlu Design, with a team of 25 people including architects, interior designers, surface finishers, color specialists, product designers, set designers and artists. The firm has designed over 450 projects including mosques, residences, hotels, restaurants and stores in cities such as New York, London, Paris, St. Tropez, Berlin, Doha, New Delhi, Jeddah and Istanbul.

However, Fadıllıoğlu’s claim to fame remains in the title of being the first woman to design a mosque, more specifically the Şakirin Mosque in Üsküdar, Istanbul. Considered Turkey’s most modern mosque, the structure was built in memory of philanthropists Ibrahim and Semiha Şakir by their children. In the interior, Fadıllıoğlu’s distinct touch is present in a confluence of traditional and modern through the modes of colours, textures and textiles. 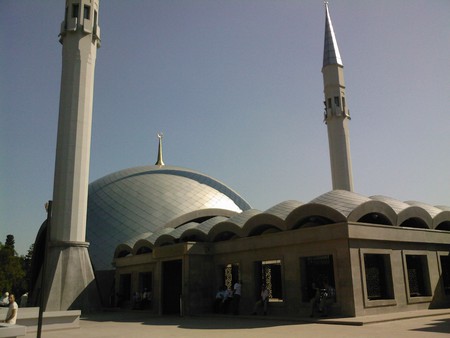 In the mosque’s interior, Fadıllıoğlu combined modern techniques with traditional Islamic art, including a large metal sphere above the entrance, a beautiful curved minbar (a short flight of steps used as a platform by a preacher in a mosque), and a glass chandelier consisting of globules in the shape of water drops crafted in China. The designer also made sure that the women’s section in the upper gallery matched the size and beauty of the men’s section. The structure’s large windows have golden designs that reflect the aesthetic of pages from the Quran. After her work with the Şakirin Camii, Fadıllıoğlu also went on to design two more mosques: the Golden Mosque and Friday Mosques in Qatar.