This Music Video is a Small Triumph for Turkish Drag Queens 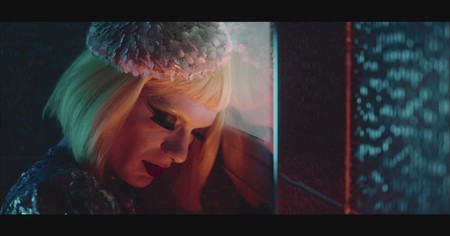 The music video for the song “Ses Etme” by Turkish band Athena was immediately banned on TV but has had more than five million views on Youtube. A glimpse into the daily life of fabulous Turkish drag queen Onur Gökhan Gökçek, you’ll fall in love with this controversial music video.

In “Ses Etme” we see Onur Gökhan Gökçek transform from his boyish charm with dark curls and sensuous lips into a beautiful drag queen, a cloud-like apparition of pale blond hovering on her head like an eccentric halo. Gökçek dances away in Love, Istanbul’s most popular gay bar and dance club, underneath the endless flicker of colorful lights. It’s no wonder that the music video was banned as soon as it was released, but on the internet it has made a giant wave, one full of color and truth.

The video belongs to the famous Turkish ska-rock band Athena, who represented Turkey at the Eurovision contest in 2004, and with the video they once again proved their capacity to bring forth the often ignored parts that make up Istanbul’s youth culture. For Gökçek, the video was his time to shine, even if it was for a bit, doing what he does best in all his lipstick-fur-coat-glitter glory.

After doing ballet for a long time, Gökçek entered the world of Cahide, Istanbul’s most famous drag queen club, and learned everything from make-up to wigs to preparing the perfect show. After Cahide, the seasoned drag queen began working at Love and became a famous member of the city’s nightlife scene.

Gökçek was asked to be in the video by his friend Umut Arabacı, who happens to be Athena’s bassist and after checking out the script and making a few changes, the video was shot and released on the internet with more than two million views in of ten days. The video’s high viewing numbers set a record for the most views in a day for any Turkish video on YouTube. And it’s no surprise because “Ses Etme” (which translates to “Stay Quiet”) pans beautifully through the moments of a drag queen’s daily life, from getting ready at home with friends to dancing the night away at the club (the actual club where Gökçek works) and portraits of Gökçek in full drag in a glorious floor-length glittering gown.

When Gökçek is attacked on the street at the end of the video, the darker side of a drag queen’s life in Turkey is clearly expressed and with Athena’s popularity, this particular message did indeed travel far and wide. As for Gökçek, his fifteen minutes of fame may have run out, but you will still run into him if you ever find yourself in the sparkling haze of Love’s nightly dance parties.