The Iconic Bridges of Istanbul

When a city is separated by a strait, there’s bound to be a few bridges that connect the two sides and draw in the eye. In Istanbul, the Asian and European sides, as well as Fatih, are connected to one another through bridges that have become iconic visual representations of the city.

Renamed the ‘15 July Martyrs Bridge’ this year to honor the civilian victims who resisted the attempted coup, this gravity-anchored steel suspension bridge was built between 1970 and 1973. Today around 180,000 vehicles pass daily in both directions. 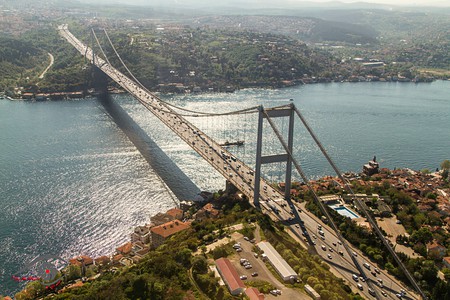 Also known as the ‘Second Bosphorus Bridge’, the FSM Bridge was completed in 1988 and is named after Ottoman Sultan Mehmet the Conqueror who conquered Constantinople in 1453. The steel suspension bridge runs from Kavacık on the Asian side to Hisarüstü on the European side.

Spanning the Golden Horn, the Galata Bridge has been featured many times in Turkish literature and theater and was originally built in the 19th century. The rows of fisherman on each side of this steel bascule bridge have also become iconic image of Istanbul, as well as the balık ekmek (fish sandwich) restaurants that line the lower half. 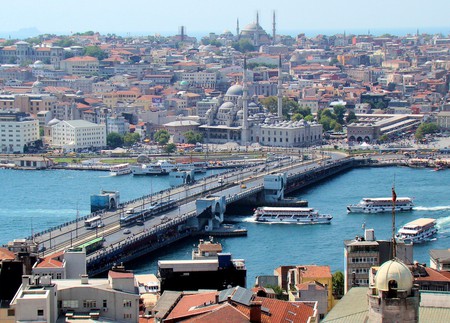 One of the city’s newer constructions, the Golden Horn Metro Bridge was constructed in 2014 and connects the Beyoğlu and Fatih districts via the M2 line. The steel cable-stayed bridge caused some controversy during its construction for disturbing the skyline of the city’s historical area. 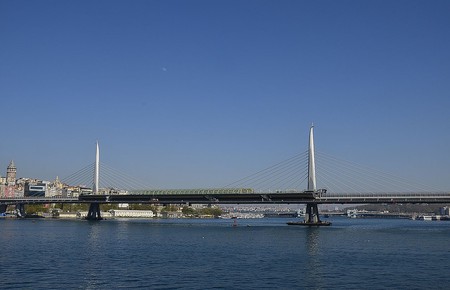 Unveiled last month, the Yavuz Sultan Selim Bridge is located near the Black Sea entrance of the Bosphorus and connects Garipçe on the European side and Poyrazköy on the Asian side. The hybrid cable-stayed suspension bridge is sadly seen as a harbinger for an urbanization boom, which threatens the green areas and wetlands nearby that produce most of the city’s drinking water. 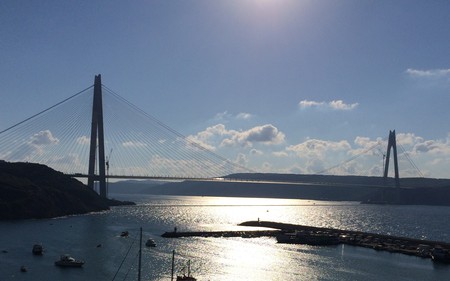 Yavuz Sultan Selim/Wikimedia
Give us feedback