The Carp Fish at This Holy Sight in Urfa Are Sacred, and Here’s Why 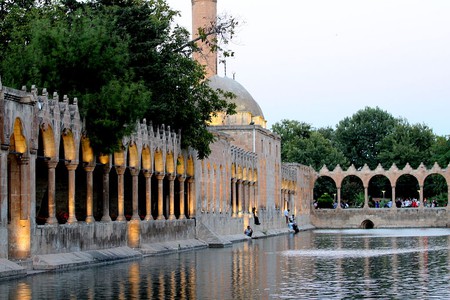 Urfa’s Balıklıgöl (Pool of Sacred Fish), in the courtyard of the Halil-ur-Rahman Mosque, has become the stuff of legends and involved the Prophet Abraham himself. Check out the story that has made the many carp fish in the pool so sacred.

You definitely can’t go swimming at Balıklıgöl in Urfa because it’s quite the sacred place that has also become a favorite sight for many visitors. Located by the stunning Halil-ur-Rahman Mosque, the legend revolves around the story of Abraham and King Nimrod. Born and raised in Urfa, Abraham ended up making King Nimrod quite mad by not only declaring war against idol worship but also stealing the heart of Zeliha, the king’s daughter. It was at this point that the king sentenced Abraham to death by being burned on a huge pyre, which was promptly built in the city center. 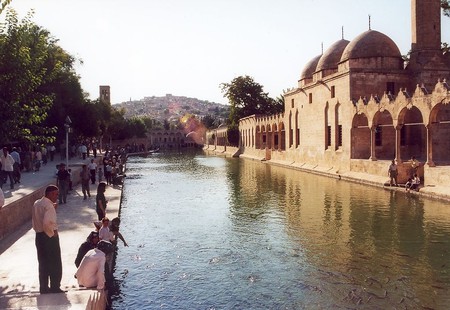 However, when Abraham was thrown into the fire, the flames turned into water, and the wooden logs transformed into fish. As such, the pool and its many fish are very sacred due to this story, and Balıklıgöl is also known as the Pool of Abraham. Of course, with such a sacred status, leaving them untouched, the carp have really thrived, and they depend on tourists and other visitors to feed them. You’ll quickly see a wild whirlwind of fish disrupt the surface when people throw in some fish feed, which guests can purchase on-site. 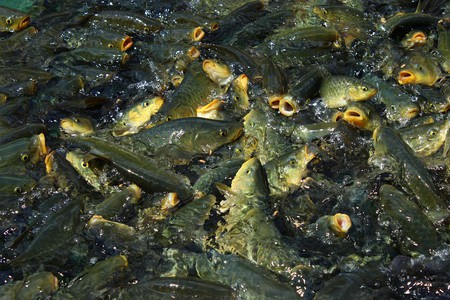 As for the historic Halil-ur-Rahman Mosque that is part of the Balıklıgöl complex, due to its central role in the legend of Abraham, it has become one of the most important religious sites in the area, along with the cave of Abraham’s birth. Built by the Ayyubis in 1211, the mosque is an excellent example of Urfa’s rich past, having once featured a temple to the ancient Near Eastern fish goddess Atargatis and having also once served as the Mother Mary Church. 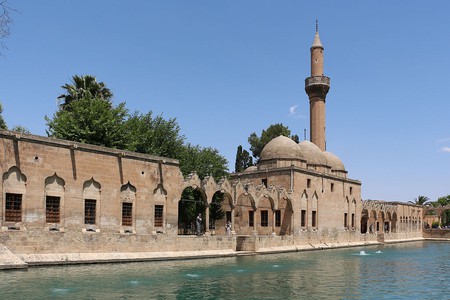 Nowadays, visitors touch or drink from the fountain that springs up inside the mosque, a practice that has been happening for centuries. The complex also houses the Rizvaniye Mosque, built much later in 1736 by the Ottoman governor Rizvan (hence the name).