The 10 Best Bars Around Taksim, Istanbul

The Taksim Area is framed by Istiklal Caddesi, where everything happens from day to night in Istanbul. The side streets, districts, and neighborhoods surrounding Taksim, such as Beyoğlu and Cihangir, offer some of the most happening bars and clubs in all of Turkey. Here are 10 of the best bars around Taksim, Istanbul. 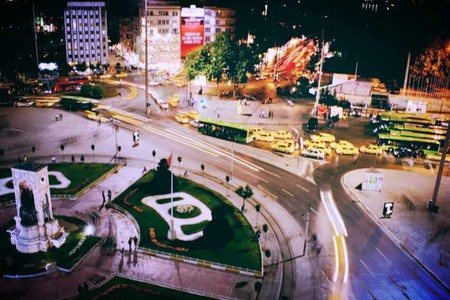 The name Kara Kedi means “Black Cat,” which is apt for this rather mysterious bar that seems to change locations almost seasonally. Kara Kedi hosts live performances on weekend nights starting after 9PM that often go into the wee hours of the morning. Though the venue is constantly changing, this bar has a cozy feel and welcoming staff. This lively venue occasionally screens indie films and documentaries, and gives local musicians a chance to show off their unique sound. Usually located somewhere off of Istiklal Street (most likely past the middle point, getting into the Beyoğlu area), keep a look out for its newest location. Or better yet, if you are in the mood for a fun quest, ask around on Istiklal past 11pm. 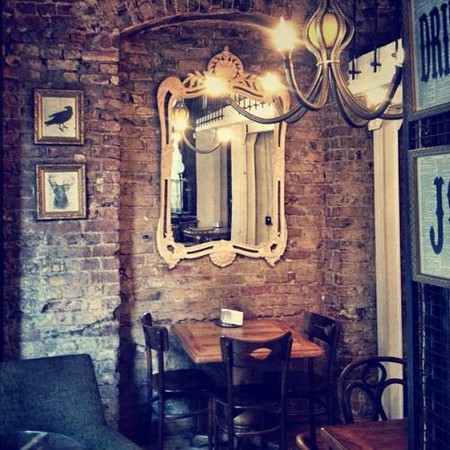 Right near Taksim Square, Cihangir is a gentrified and now high-end part of Istanbul, containing smaller neighborhoods like Çukurcuma. These alleyways in old parts of town make for a bohemian feel in establishments like Çukurcuma 49, which is a bar and cafe with bare brick walls and a wine cellar. The thin-crust pizza here is worth raving about, and the wines pair perfectly as they are specially bottled on the Aegean island, Bozcaada. The ingredients in the food are fresh, and late into the evening, the music is playing and the liquor is flowing. Stop by Çukurcuma 49 for a meal or a glass of wine or beer, and stay for the charming atmosphere.

Watch out for: Wine cellar

Beyoğlu, one of the hippest and most happening neighborhoods in Istanbul, is tucked away at the end of Istiklal Cadessi, just far away enough from the tourist areas of the city center to maintain its own distinct charm and feel. Litera is a bar located on the fifth floor of the Goethe Institue in Beyoğlu, with views of the old city and the Bosphorus beneath you. Literal is a restaurant by day and lounge by night, serving a wide variety of cocktails and beers, with DJs spinning great tunes after 11PM until 4AM. While the view alone is worth the trip, the music and rooftop ambiance on a warm summer night will make you want to stay all night.

Watch out for: The View

Between Taksim Square and Beyoğlu on Istiklal Caddesi lies Urban, a bar and cafe on a side street near the iconic gates of the Galatasaray High School. In the day time, many students and locals frequent this cafe to work, read, relax, or chat. But late into the night, when the music is blaring, tables overflow into the alleyway where friends sit, smoke, drink and talk in front of the graffitied walls of this hidden gem. The dim lighting, great bartenders and excellent drinks give Urban a mysterious, enticing atmosphere.

Watch out for: Wall art

Cafe, Turkish
Facebook
Email
Twitter
Pinterest
Copy link
Share
Map View
The Turkish water pipe, or nargile, dates back to the 16th century when it traveled from India to the Ottoman Empire. Becoming a status symbol by the 17th century, smoking tobacco from nargile is still a popular social activity in Turkey. Nargilem Caféin Tophane, near Beyoğlu, is inspired and based around this 500 year old Turkish tradition. Here you can play backgammon and sink into the fruity smells of the smoke-filled room. Even if you are not an avid smoker, trying nargile as a tradition is best done at Nargilem, where fruits and nuts circulate between tables and the atmosphere is warm and communal. The dim, red lighting and loud Turkish tunes in the background can transport you back into time, where you can imagine sharing a nargile pipe with an emperor. Price: Low to Mid-Range Watch out for: Nargile
Open In Google Maps
Istanbul, Turkey
Give us feedback

A stylish bar with wood panels and mirrored walls, Münferit is known for its funk, soul and electronic music. The 1940s decor makes for a warm and inviting space where you can start your evening with a cold meze. There is a little garden near the road where patrons sit to sip on an evening drink and munch on memes before the dancing begins later in the night. Be sure to try the Raki as a shot or mixed into a cocktail to get a taste of the powerful, traditional anise based drink. If you stay long enough, the owner may pass through and say his hellos while offering free shots!

Watch out for: Specialty cocktails

Istanbul offers an eclectic music scene ranging from easy listening with a drink, to heart-pumping electronic music. Indigo is the latter, with big crowds who gather to listen and move to the popular DJs who spin house, techno, and disco music late into the night. This is the kind of place that brings committed dance-lovers who watch for the upcoming acts on the packed calendar, as it is also one of the oldest venues for the electronic scene in the city. It can get crowded on weekends, so come by 1AM.

Watch out for: Electronic music

A tiny club and bar, Off Pera has some of the best DJs in the Taksim area, playing music that you can’t grooving to. This is a venue that mostly brings in locals, so while you might not make great conversation in English, the locals and the bartenders are both friendly. Though the place is small, the crowds are not, so be sure to get there early. People come to Off Pera for its international and old-school pop rather than the booming electronic scene that can be found in many other clubs around the city.

Watch out for: Exceptional DJs

Araf has cheap beer and folky music and a live, resident band that entertains young, student crowds. Hidden away at the top of a worn down building near the happening Nevizade Sokak, be warned that this is a long climb to the top. However, you’ll be rewarded with free-spirited, gypsy music live or a DJ that spins old-school rock and roll, pop, funk and soul. Thursday nights are guaranteed to be a bit less crowded than weekend nights – check the calendar on the website and Facebook page for up to date band bookings, usually playing music from around the world.

Watch out for: Unique martinis

Opened in 1999, Babylon is one of the first clubs and live-music venues in Istanbul. Located near the historic Tünel at the end of Istiklal, this is is one of the must-do nightlife spots in Istanbul with music genres ranging wide. This venue opens up the stage to local acts on week days, while reserving weekends for internationally renowned artists. The drinks are strong, and the music as well as the eclectic crowd make the atmosphere at Babylon vibrant and exciting every night of the week, year-round.

Watch out for: International live-music