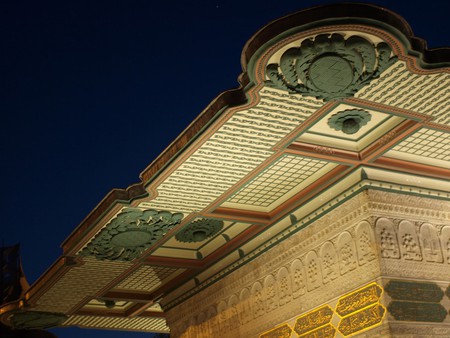 All around Istanbul, visitors can come across historic fountains that stand out with their ornate stone carvings and beautiful eaves and domes. Built as a generous act of providing people with water, no matter where they were in the grand city, these fountains continue to remind Istanbul of its past.

Even though many of Istanbul’s fountains no longer refresh its citizens with cool water from their golden faucets, they are still a stunning sight to behold, almost hidden away within a rapidly growing cosmopolis. Built to provide citizens with a refreshment, as well as to serve as a decoration, the fountains of Istanbul continue to tell their story to anyone who stops to inspect them. One of the city’s most famous fountains is the German Fountain in Sultanahmet Square, which was built between 1889 and 1901 as a symbol of the commemoration of Emperor Wilhelm II’s second visit to Istanbul. Certainly one of the most original fountains in Istanbul, the German Fountain stands out with its giant dome and columns while the grand Sultanahmet Mosque looms behind it. 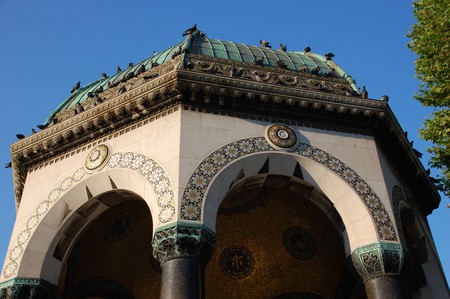 Right nearby is the Fountain of Ahmed III, which was built between 1728 and 1729 replacing an old Byzantine fountain. The giant structure stands out with its ornately decorated roof and façade that feature floral patterns, colourful tiles, arch stones and beautiful hand-drawn calligraphy. Even though these two fountains stand out with their magnificence, accentuated further through their large size, the smaller fountains that can be found all over the city, whether it’s a quiet side street off bustling Istiklal Avenue or on the side of a busy road, they are a constant reminder of how Istanbul’s rich past can be observed constantly if you pay close attention. 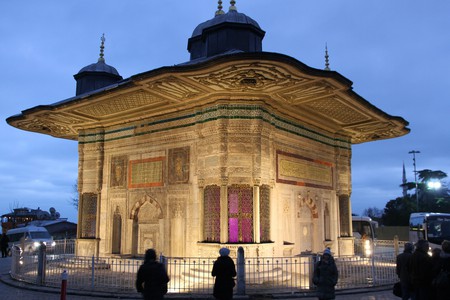 Another beautiful fountain can be found in Tophane standing tall in front of the beautiful Kılıç Ali Paşa Mosque and its renovated hammam. Built in 1832 by the same architect who constructed the Fountain of Ahmed III, the same beautifully ornate details can also be found here such as drawings of flowers, trees and ripe fruit baskets all made immortal within the marble. A short ride to the Asian side, another beautiful fountain awaits in the Üsküdar neighbourhood overlooking the busy square. The Üsküdar Square Fountain was a gift from Ahmed III to his mother and is therefore decorated with beautiful motifs of tulips, roses and chrysanthemums that seem to bloom into eternity. Built in 1728, the fountain stands strong as the many buses, taxis and people of the busy square whizz by in their endless routine. 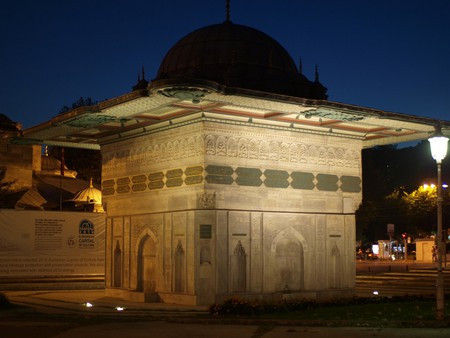