Room 411: The Agatha Christie Mystery in The Heart of Istanbul 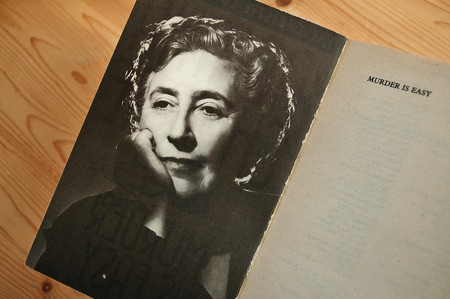 Established in 1890, Pera Palace was Istanbul’s first luxury hotel. It was built to cater to the needs of guests who travelled on the Orient Express railway between Paris and Istanbul. Among its regulars was renowned British crime novelist Agatha Christie, who always stayed in Room 411. Here we take a look at the part the room played in the unsolved mystery of Christie’s 11-day disappearance in 1926.

When Pera Palace opened, it was the city’s most lavish hotel. At the time, it was the only building in Istanbul that had electricity apart from the Ottoman palaces. Famous guests included Mustafa Kemal Atatürk (who always stayed in room 10, which is now a museum), Queen Elizabeth II, Zsa Zsa Gabor, Greta Garbo, Alfred Hitchcock, and Ernest Hemingway.

British crime novelist Agatha Christie was a frequent visitor and she always stayed in Room 411. It was here the author wrote her famous novel, Murder on the Orient Express. Nowadays, Room 411 is known as the Agatha Christie Room. It still has its original antique furniture and plenty of paraphernalia to honour the late author. However, it’s also the mystery of the room that makes it very popular with today’s guests.

In 1926, Christie went missing for 11 days. Her car was found next to a lake, crashed into a tree with all her belongings strewn about. It was believed that she had fallen into the nearby lake and died. After days of fruitless searching by the police, members of the public and even other crime writers, Christie was spotted in a hotel in Harrogate, Yorkshire. She claimed to have no memory of what had happened in the intervening days. The speculation surrounding her disappearance generated many articles and books and, in 1979, a film.

The 1979 film, Agatha, starred Dustin Hoffman and Vanessa Redgrave. Afterwards, the film’s makers, Warner Brothers, didn’t give up on the mystery. They hired Hollywood’s famous medium Tamara Rand to organize a séance to call up the spirit of the late author. After supposedly connecting with the ghost of Christie, Rand claimed that the answer to the mystery of Christie’s disappearance was located in Room 411 at Pera Palace. The news sent the media into a frenzy and on March 7, 1979, the local and international press descended on Room 411.

At exactly 5pm, a telephone connection was established with Los Angeles and Rand gave instructions to dismantle the room’s floorboards. As all of this was being broadcast live to American televisions via satellite, an 8cm long rusty key was found under the boards between the doorframe and the wall. At this stage, the hotel’s manager took the key under protection. Later he held a press conference, announcing that the key belonged to Pera Palace and would not be handed over to Warner Brothers unless they paid $2 million dollars for it.

The film company agreed to pay the sum and then organized another séance with Rand. She claimed that Christie also had a secret notebook and that she wouldn’t be able to find it unless she had the key in her hand. Rand and the studio executives were invited to Istanbul for a meeting planned for June 20, 1979. The meeting was cancelled because of an industrial dispute.

The séance was instead held in Los Angeles when Rand stated that she saw the notebook and that it was in a big box, which the key would open. But the box was never found and the fuss soon died down. Today, guests staying in Room 411 can see some newspaper cuttings from the stories that ran at the time, all framed and hung on the wall. The mystery of Agatha Christie’s disappearance remains unsolved.