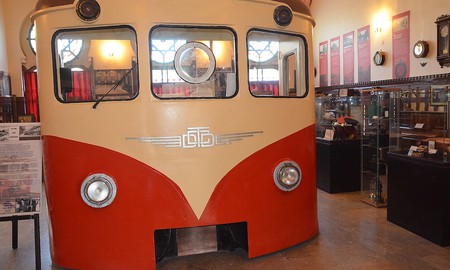 The old Sirkeci train station, built in 1890 by the Oriental Railway, was once the eastern terminal of the famous Orient Express. Even though the station is no longer in use – due to the construction of a new underground Sirkeci station for the Marmaray line – the building remains a breathtaking sight and houses a free museum dedicated to Turkish rail transport from another age.

You won’t miss the Sirkeci station in Fatih. Located near Topkapi Palace and Gülhane Park by the Golden Horn right on the tip of Istanbul’s historic peninsula, it remains a stunning example of the Oriental-Gothic aesthetic conceived by the German architect August Jasmund. The terminal building remains untouched from its original state; inside, the vaulted ceilings with chandeliers dangling from their centers mark the beginning of a small trip to the past. The building was modern for its era and created huge influence on other architecture around Europe at the time. Today, hidden in the corner you’ll find a one-room museum that pays homage to the Orient Express and the history of Turkish railways and its transport.

The tiny but fascinating Istanbul Railway Museum houses a collection of interesting documents and objects that respect the train’s former glory. The Orient Express, which had its glory years in the 1930s, had a reputation for comfort and luxury with permanently serviced sleeper cars and restaurant cars with the highest quality of cuisine. The train carried the wealthiest members of society (including royalty, nobles, diplomats, business people, and the bourgeoisie) from Paris to Istanbul, beginning in the 1880s until the train stopped servicing Istanbul in 1977. As such, employees of the former eastern terminus decided that a small museum commemorating the train’s prestige was necessary.

You’ll find documents dating back to the train line’s planning stages, including one which details a negotiation with the Sultan regarding whether he would be comfortable having a train line running through his palace gardens. There are also artifacts from the former express train in glass cases, as well as a mannequin decked out in an original conductor’s uniform. The train’s piano and furniture, even a dining table with fine silverware, are all on display to show how fancy the whole affair really was. You’ll also get to see some classic artifacts of railway technology such as telegraphs, switchboards, field telephones, and watchman’s clocks. 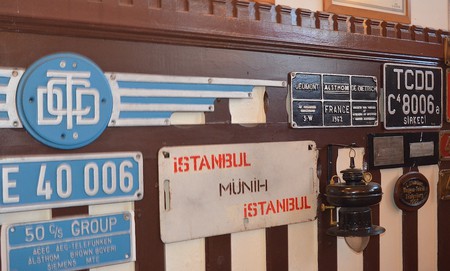 A piece of the engine is also on display so that visitors can stand inside the command room and play with the wheels and buttons imagining what an arduous task it must have been to maintain such a high level of luxury in every way. When you’re done perusing the museum, take a stroll down the platform and visit the Orient Express restaurant, where the menu hasn’t changed much since the days of the actual journeys from Paris. The restaurant was also a former meeting point for journalists, writers, and other prominent names from the media between the 50s and 60s. The museum attracts tens of thousands of visitors each year.