How to Spend a Weekend in Antakya 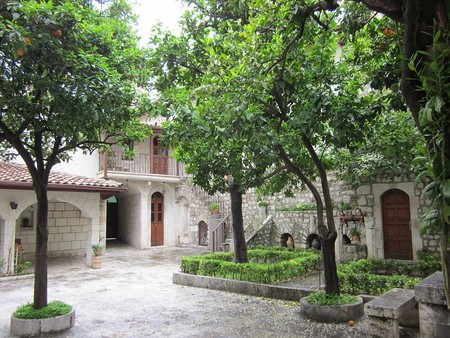 Located in Turkey’s Hatay Province, Antakya was once known as Antioch in ancient times and served as one of the Roman Empire’s largest cities. From its profuse history to its excellent cuisine, there’s nothing like wandering around Antakya’s old town to really revel in the confluence of many time periods.

Humans have occupied what comprises modern-day Antakya since the 6th millennium; however, it wasn’t until 300 BC that Hellenistic Seleucid King Seleucus I Nicator founded the city of Antioch. One of the largest cities not only in the Hellenistic Seleucid Kingdom but also in the Roman and Byzantine Empires, Antioch was also an important early center of Christianity. By 1084, the Seljuk Turks captured the city, before the Siege of Antioch by the Crusaders, which was not the last siege that shook the city and its population. After attacks by the Egyptians and Mongols, Antioch never regained its prominence as a major city, especially when the nearby port city of Alexandretta (Iskenderun) took over its role, but by 1516, Ottoman Sultan Selim I took control over Antakya. 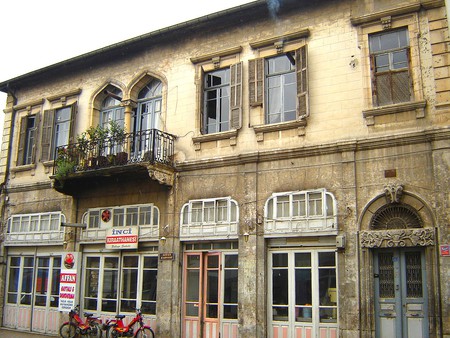 Famous for its large collection of Roman- and Byzantine-era mosaics, the Antakya Archaeology Museum also features other items such as a sacrificial altar, fresco, and statues from the Hittite and Roman periods. Organized by where things were excavated, the exhibitions really express the region’s history through items found from the Paleolithic Age until today. 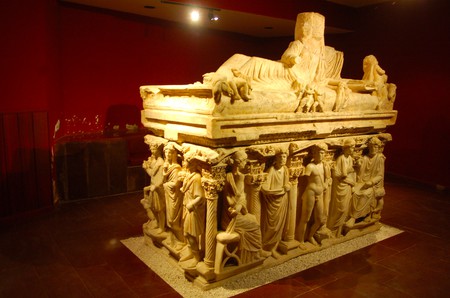 Historians believe that the Church of St. Peter, located on Mt. Staurin overlooking Antakya, is the earliest place where newly converted Christians met and prayed in secret. The church itself is a cave carved into the mountainside, and it also has a façade that was later built in 1100 by the Crusaders and rebuilt in the 19th century. 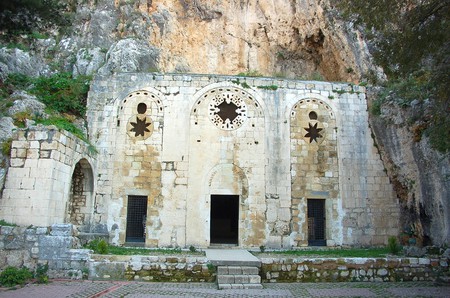 Walk around the Old Town

Don’t be surprised to come across synagogues, mosques, and churches in Antakya due to the multitudinous nature of its former residents throughout history. Make sure to walk around the streets between Kurtuluş and Hürriyet Avenues to see the old historic houses with ornate doorways and secret courtyards. 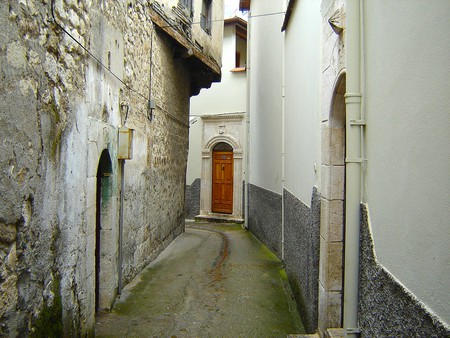 The Hatay Sultan Sofrası is one of the most well-known restaurants in Antakya and one of the best places to really enjoy some regional dishes. Make sure to try some oruk (a bulgur shell filled with minced meat and spices); borani (yogurt spread with spinach or zucchini); mumbar (stuffed sheep sausages); and tepsi kebab (meat mixture with spices cooked in a tray with slices of tomato and pepper and a tomato sauce). For dessert, you have to eat Hatay’s very famous künefe (shredded pastry with a melted cheese filling doused in thick syrup and topped with crushed pistachios). 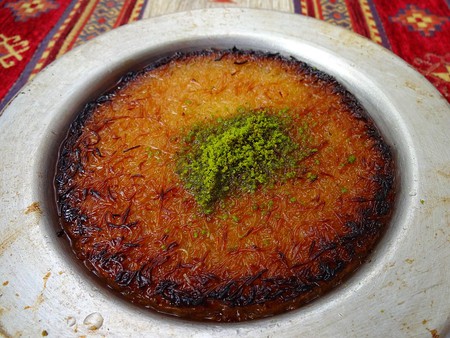 Künefe | © Benreis/Wikimedia Commons
Give us feedback