How to Spend Five Days in Istanbul 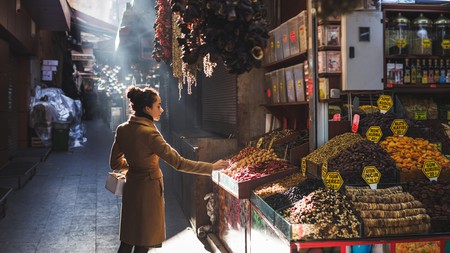 It’s said that the largest city in Turkey has so much to see that even its year-long residents still discover something new. However, five days are definitely a great starting point to get familiar with all of Istanbul’s attractive qualities. Check out our guide to making the most out of your time in Istanbul.

Want to explore Turkey’s vibrant bazaars and rocky valleys? Book TRIPS by Culture Trip’s 12-day group tour where you’ll stop at key historical sights and glide across the landscape in a hot-air balloon.

Day 1: Get acquainted via boat

As mentioned, Istanbul is a huge city so it may be a good idea to get yourself acquainted with its many neighbourhoods. A lot of visitors tend to stay in Sultanahmet to be near the Blue Mosque or the Topkapı Palace, but be sure to get out of the historic centre and explore the rest of Istanbul.

One of the best ways is to go to the Eminönü Ferry Dock at 10:30am and take the long Bosphorus cruise, which will give you a pretty comprehensive visual introduction to the entirety of Istanbul, as seen from the water. The ferry makes a few stops in between, but we suggest you get off at the last stop, Anadoluhisarı – a small seaside neighbourhood named after its historic castle, and wander around before the ferry takes off again returning to Eminönü. 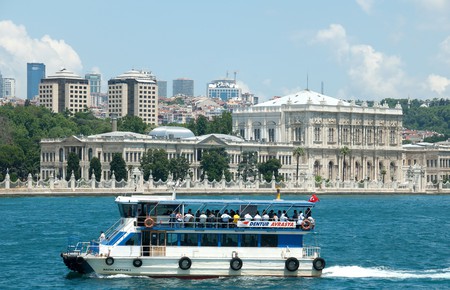 So now that you’ve got a good understanding of what Istanbul looks like all around, it’s time to explore the major tourist destinations. Start in Sultanahmet Square and visit the Hagia Sophia, the Blue Mosque and the Basilica Cistern. Other major attractions include the Topkapı Palace and the Grand Bazaar. If you’re a fan of museums, then make your way to the Archeology Museum and the Museum of Turkish and Islamic Art. If the old city hasn’t taken up the entirety of your day, then head to the breathtaking Chora Church and get something to eat at Asitane, Istanbul’s most famous restaurant for Ottoman cuisine. 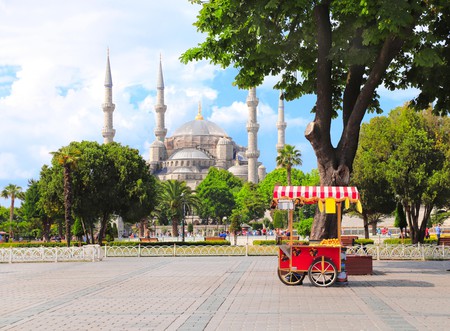 After a whole day of gazing at the historic masterpieces of Istanbul, make your way across the Galata Bridge and get to know the city’s locals. Start with the neighbourhood of Karaköy with its cool boutiques, cafes and restaurants. Then, make your way up to Tophane with all of its galleries – followed by Çukurcuma, famous for its antiques and Cihangir, Istanbul’s cool bohemian neighbourhood. Take a stroll down the infamous Istiklal Street, but make sure to pay attention to its side streets because you’ll discover a few churches and plenty of historic arcades.

By the time you get to the end of Istiklal, explore the Galata neighbourhood, especially Serdar-ı Ekrem Street with its cool local designer boutiques – as well as Pera, with its beautiful neoclassical buildings. End the day by checking out the awesome city view from the terrace of Adahan Hotel’s restaurant, Cachi. 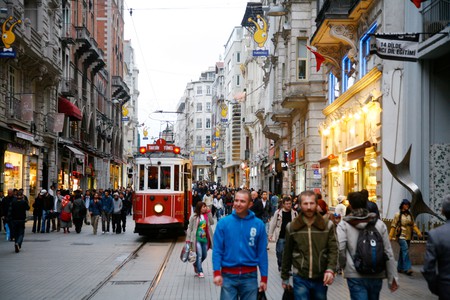 Not a lot of visitors are familiar with Istanbul’s Bosphorus Coast, but it’s here that the city’s wealthiest have their homes overlooking the water. Skip the traffic and take the metro all the way to Etiler and walk down the hill to reach the upscale neighbourhood of Bebek and its lovely waterfront park – as well as the many boutiques and cafes all around its main street.

A favourite here is Bebek Balıkçısı, an excellent fish restaurant right on the water. Across the street, you’ll also see the Meşhur Bebek Badem Ezmesi, where you’ll find some of the city’s best almond and pistachio marzipan. From here, you can stroll the Bosphorus boardwalk for as long as you like, but make sure to see the neighbourhood of Arnavutköy, which has become pretty trendy due to its excellent fish restaurants and cocktail bars. 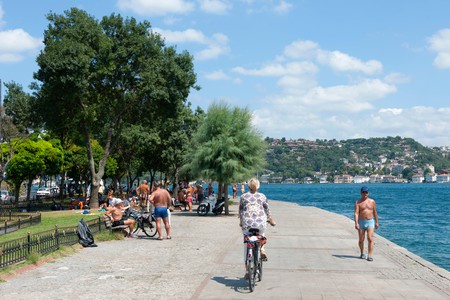 From the path beside the Bosphorus, you can see Asia and Europe | © Hackenberg-Photo-Cologne / Alamy Stock Photo

As if Istanbul didn’t have enough to explore, it also has islands. The most popular island is Büyükada where you’ll soon discover – to your delight – that cars are not allowed and the main form of transportation is bikes or horse-drawn carriages. Rent a bike and explore the big island with its many beautiful Ottoman-era mansions and if the weather is warm enough, be sure to stop by one of the many beach clubs for a nice cool swim in the sea.

If you’d rather head to a smaller island, Heybeliada is also a great choice with its historic Greek Orthodox theology school – now closed but still viewable – as well as beautiful old mansions and many fish restaurants by the water. Burgazada is even smaller but also has its share of beautiful old houses, hidden churches, beaches and the Kalpazankaya Restaurant, which boasts an amazing view of the sea and an even more beautiful sunset. 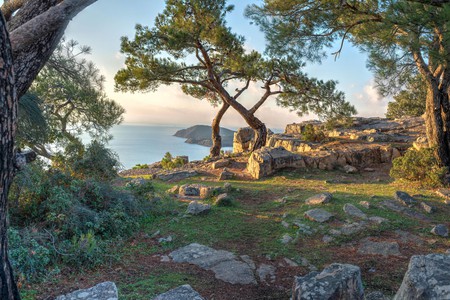