How to Spend 48 Hours in Izmir, Turkey 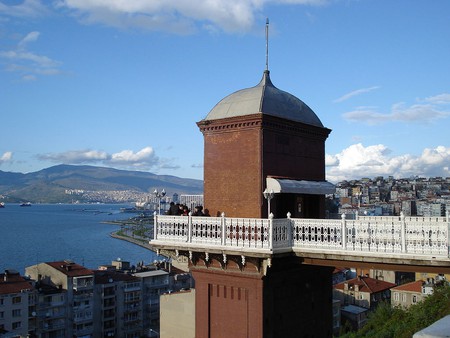 Two days may not be enough to visit everything the province of Izmir has to offer, but 48 hours in Izmir city is enough to experience the highlights. From crowded bazaars to historical artifacts, we took a look at some of the best Izmir activities and sights for a full two-day itinerary.

Take a Stroll Down Kordon

Izmir’s famous promenade goes up and down the Aegean coast (5-6 kilometres from Konak pier to the Alsancak Train Station) and is an essential experience to have while in town. Look out over the water, take some photos, check out the famous Izmir clock tower in Konak Square and stop by one of the many bars, cafes and fish restaurants along the promenade. 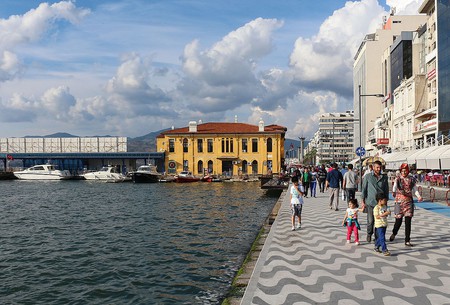 One of Izmir’s most authentic experiences, this open-air market has been around since the 16th century. Not only does it feature many colorful shops, but it also has many hidden courtyards and narrow cobblestone side streets. Make sure to see the Kızlarağası Han, a beautiful historical caravanserai that seems to be frozen in time, as well as the Hisar Mosque and the eight synagogues that remain in the neighborhood. 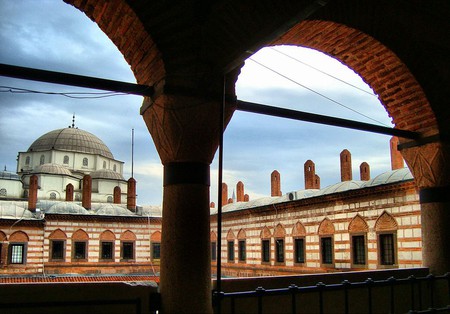 Located in the very popular Alsancak neighborhood, this street is known as ‘Gazi Kadınlar,’ but is actually Street Number 1453 on the signs. You’ll find rows of fish restaurants with colourful chairs outside on the street, as well as some of Izmir’s liveliest bars right next door. One of the favourites is Bios Bar, which hosts some of the best live music acts from around Turkey.

One of the most stunning ruins in Izmir city, Agora dates back to the 4th century BCE, when the city was known as Smyrna. Wrecked by an earthquake, the network of stone structures were rebuilt by order of Roman Emperor Marcus Aurelius. You can still see the ancient colonnades, vaulted chambers, basilicas and cisterns in this beautiful open-air museum in the heart of the city. 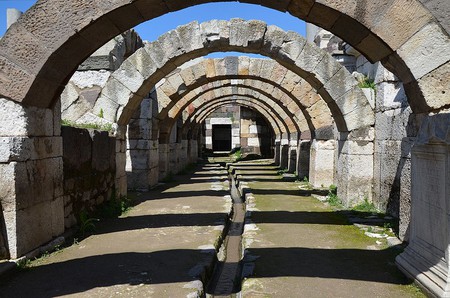 Savour the View From Asansör

Built in 1907 to connect the Karataş neighbourhood to the steep hillside, Asansör (meaning ‘elevator’) has become a landmark in Izmir and is one of the best places to enjoy city and sea views. Nowadays, the elevator transports visitors instead of goods and has one of the city’s most popular restaurants (also called Asansör) at its very top point. The street behind Asansör is also quite beautiful, and is named after the famous Turkish polyglot singer Dario Moreno.

Check out the Izmir Museum of Arts & Sculpture

A definite stop for history enthusiasts, this museum has three pavilions filled with artifacts from ancient Smyrna, Teos, Miletos and Pergamon. Apart from the ceramics, precious objects, jewelry, coins and pots, the sculpture pavilion is especially noteworthy. 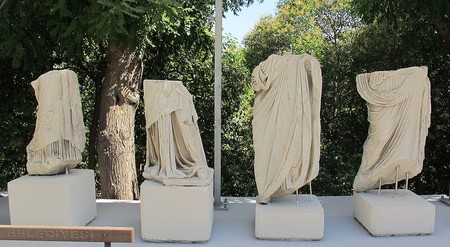