Historic Ruins and Stunning Nature: What to See in Aksaray 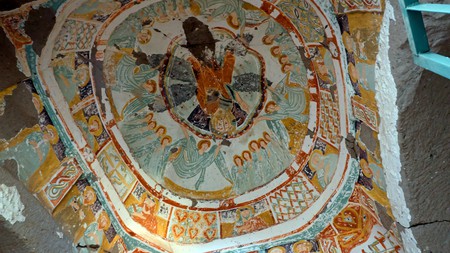 Under the gaze of the mighty Mount Hasan, Aksaray is still waiting for visitors to discover its beautiful landscape dotted with historic ruins. Close to Cappadocia, Aksaray has remnants of Early Bronze settlements, ancient Roman and Byzantine ruins, and ancient churches with stunning frescoes. Check out what to see when you discover Aksaray.

Located near the town of Güzelyurt in the Aksaray province, the Ihlara Valley is composed of striking gorges cut into volcanic rock that stretches for 16 kilometers (9.9 miles). The landscape took on such a unique shape due to several eruptions of Mount Erciyes, while the Melendiz Stream runs undisturbed through it. However, what makes this particular valley so unique is the 105 churches (16 of which are open to visitors) that are set within the caves. The Ağaçaltı Kilise (Church Under the Trees) has stunning frescoes depicting angels, while the Kokar Kilise (Odorous Church) has beautiful frescoes that celebrate biblical stories. The whole valley is also full of honeycombed underground dwellings and churches that were cut right into the rock by the Cappadocian Greeks who once inhabited the area during the Byzantine era. 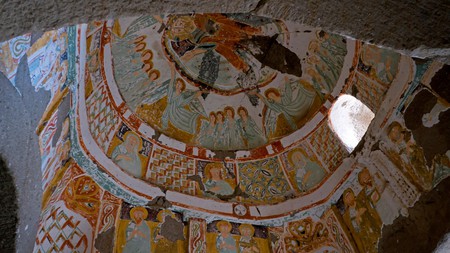 One of the most striking natural wonders in Aksaray is the mighty Mount Hasan, an inactive stratovolcano possessing an elevation of 3,268 meters (10,722 feet). The second highest mountain in central Anatolia, historians believe it was depicted in one of the first landscape wall paintings by the ancient civilization of Çatalhöyük. The climb to the peak takes around six hours, and the rewards for reaching the top are amazing views of the Anatolian plateau as well as Cappadocia in the distance. 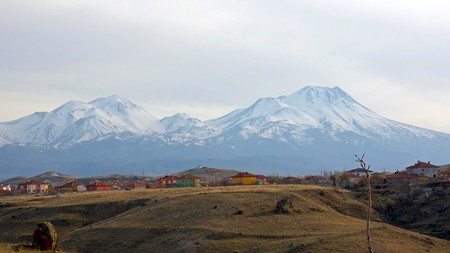 Located in the town of Sultanhanı in Aksaray, the Sultan Han is a fascinating 13th-century Seljuk caravanserai. Standing out with its very well-preserved structure, the han was built in 1229 during the reign of Seljuk Sultan Kayqubad I and was once the largest caravanserai in Turkey. One of the best examples of Seljuk architecture, the structure has a 13-meter-high (42 feet) marble gate, open and covered courtyards, and a square stone kiosk mosque (the oldest in Turkey). 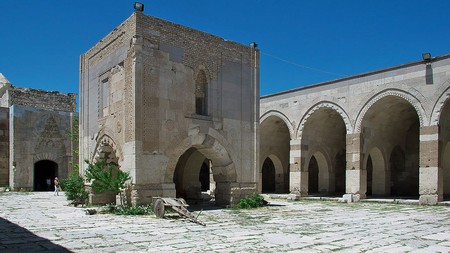 Located around one kilometer (0.6 miles) south of the Kızılkaya village (25 kilometers [15.5 miles] southeast of Aksaray), the archaeological settlement of Aşıklı Höyük dates back to the Aceramic Neolithic period, around 9000 BC. Most notably, the excavations here revealed important information regarding the history of brain surgery, early mining, craftsmanship, and the transition from a nomadic to a sedentary lifestyle. Skulls that were discovered at the site by archaeologists had drilling holes, pointing to the earliest known form of attempts to cure illness through brain surgery. 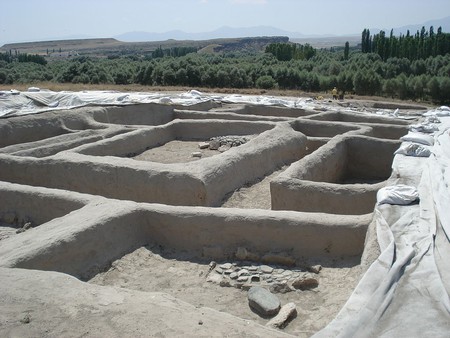 The second largest lake in Turkey, Tuz Gölü (Salt Lake) lies about 57 kilometers (35.4 miles) northwest of Aksaray. As it takes up an area of 1,665 square kilometers, it is one of the largest hypersaline lakes in the world and is sustained by two major streams, groundwater, and surface water without any outlets. In August, when the entire lake dries up, a thick layer of salt is left on the surface, which is used for the salt production that represents 63% of the total salt consumed in Turkey. 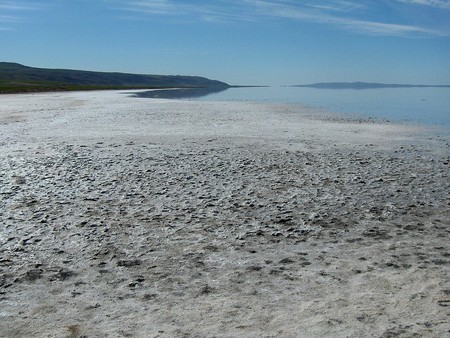