Get To Know The Multifaced Filmmaker Nuri Bilge Ceylan 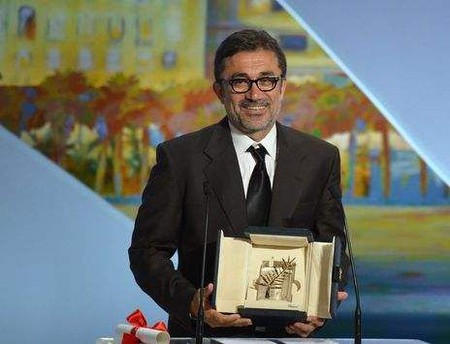 Turkish film director, photographer, screenwriter, and actor, Nuri Bilge Ceylan is one of Turkey’s most talented personalities. The pinnacle of Ceylan’s career may have been his Palme d’Or win at the Cannes Film Festival in 2014 for his film Winter Sleep, but his life has also been quite the journey. We took a look at Ceylan’s life and works.

Born in Bakırköy, Istanbul in 1959, Nuri Bilge moved to Yenice, his father’s hometown in the Northern Aegean province of Çanakkale when he was two. Bilge and his sister Emine had an idyllic childhood, wandering the countryside freely until 1969 when the family had to return to Istanbul. By the time he entered university in the late ’70s, the country was under political turmoil with boycotts and clashes occurring frequently. Bilge fled to Boğaziçi University, whose campus was far removed from the tumult, and began to focus on his love for photography. During an elective film studies course, his love for cinema also blossomed.

When Ceylan graduated in 1985, he was left to question what he should do with his life, first traveling to London and then to Kathmandu. When he came back to Turkey, he entered his mandatory military service and during those 18 months in Mamak, Ankara he decided that he would dedicate himself to film. This decision was put into practice when he acted in a short film directed by his friend Mehmet Eryılmaz, later borrowing the Arriflex 2B camera to shoot his own production. In 1993, Ceylan shot the short film Koza (Cocoon) with negative he had brought back in a suitcase from Russia and some expired stock. In May 1995, the film was screened at Cannes and became the first Turkish short to be selected for competition.

After this first success, three full length feature films followed: Kasaba (The Small Town) in 1997, Mayıs Sıkıntısı (Clouds of May) in 1999, and Uzak (Distant) in 2002. It is surprising to know that Ceylan used his close friends and relatives as actors and did almost everything himself including the cinematography, sound design, production, editing, writing, and direction. Ceylan rose to international fame when Uzak won the Grand Prix at the 2003 Cannes Film Festival, as well as 47 other awards, making it the most award-winning film in Turkish cinema history.

In 2006, Ceylan and his wife Ebru Ceylan starred together in his film İklimler (Climates), which also premiered at Cannes, winning the FIPRESCI Prize. In 2008, Ceylan’s film Üç Maymun (Three Monkeys) won him the Best Director award at the 61st Cannes Film Festival, and in 2011 his film Once Upon a Time in Anatolia won him the Grand Pix at Cannes. However, it wasn’t until 2014 that Ceylan won the highest award at Cannes, the Palme d’Or for Kış Uykusu (Winter Sleep) a drama based on ‘The Wife,’ by Anton Chekhov, and one subplot of ‘The Brothers Karamazov,’ by Fyodor Dostoyevsky.