From Constantinople To Istanbul: The Journey Of A Historic City 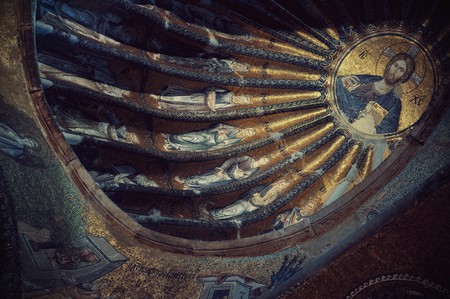 Before Istanbul grew into the cosmopolitan city it is today, it was conquered, fought over, and rebuilt many times. We traveled back in time to trace the emergence of Constantinople and how it later became Istanbul.

It was Byzas the Megarian who named the city Byzantine in 700 BC, and until 300 BC a small colony of Greeks inhabited the area. For the next 1,000 years, Byzantine thrived as a trading and commercial center, which caught the eye of the Roman Empire who conquered the area in 193 AD continuing to use it as a trading hub. When Roman Emperor Constantine left Rome in the 4th Century, he deemed Istanbul as the new capital.

With its seven hills, control of the Bosphorus, and easy access to the Golden Horn harbor, the city was a prime example of strategic advantage. As the empire’s new capital, it was re-organized and widened, while new temples, official buildings, palaces, hamams, and the hippodrome were built. In 330 AD, the city was declared the Eastern Roman Empire’s capital and renamed Constantinople with an official ceremony. Constantinople remained the capital for many centuries and enjoyed a golden age in the 6th Century under Emperor Justinyen.

After several attacks, including the Arabs in the 7th and 8th Centuries and the Bulgars in the 9th and 10th Centuries, the capital fell to the Crusaders in 1204 who destroyed and raided it for many years. Even though the Byzantine Empire regained control of Constantinople by 1261, it never reached its former glory and in 1453, after a 53-day siege, the Turks conquered the city.

It was then that Constantinople became Istanbul, capital of the Ottoman Empire. Under Ottoman rule, the city saw a rise in population with Greek, Armenian, and Jewish immigrants enjoying religious freedom and social rights. Out of all the Ottoman leaders, it was Süleyman the Magnificent (1520-66) whose military conquests brought wealth to Istanbul, which resulted in the glorious works of famous architect Mimar Sinan. 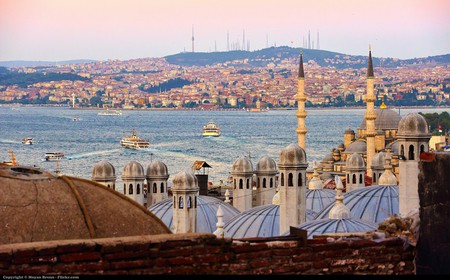 Following the death of Süleyman, the empire began to decline, losing territory to the West in the 18th Century, and being occupied by allied troops after the end of WWI. It was with the leadership of prominent commander and war hero Mustafa Kemal Atatürk that a four-year War of Independence resulted in the establishment of the Republic of Turkey in 1923. When the capital was moved to Ankara, Istanbul remained a commercial and cultural center with its remaining historic sights left to tell the story of its exuberant past.