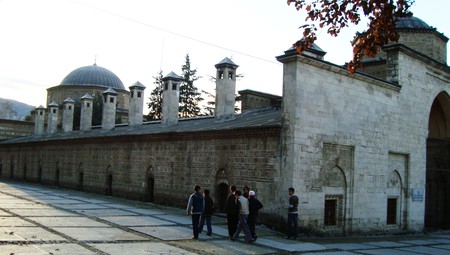 Having officially taken its place in the UNESCO World Heritage Site List in 2014, the Turkish city of Bursa is recognized as the birthplace of the Ottoman Empire. Even though it wasn’t the empire’s capital, it was the city where the Ottoman social framework developed, helping to lay the foundation for its social and cultural infrastructure. As such, the city is full of important monuments, especially a number of külliye, a structure of social and religious value usually composed of a mosque, tomb, hamam, soup kitchen, a religious school, and a health clinic. Here is a look at the UNESCO sites in Bursa that must be visited.

When Orhan Gazi conquered Bursa, he promoted the urbanization of the foothills at the base of the Uludağ Mountain. Completed around 1340, the project included a mosque, hamam, and a commercial trade center. Nowadays, the külliye continues to serve its purpose, except that the hamam was converted into a bazaar called the Aynalı Çarşı, featuring antique and souvenir shops.

The mausoleum of Orhan Gazi and his father Osman Gazi stand side by side inside the gates of Tophane Park, which is located in an old citadel on top of a hill. Unlike most sultans who were buried in their külliye, Gazi rests in what was once a Byzantine monastery, which also has a 19th-century clock tower overlooking the city.

Constructed in the 1360s by Sultan Murad I (the son of Orhan Gazi), this külliye (composed of a mosque, madrassah, tomb, fountains, and soup kitchen) carries the nickname of Murad, ‘Hüdavendigar.’ A unique feature is the madrassah, which was built into the mosque’s second floor.

Yıldırım Külliye of Sultan Bayezid I

This külliye, built by Yıldırım Bayezid in the 1390s, pushed the city’s expansion eastward due to its position. Consisting of a mosque, hamam, han, madrassahs, soup kitchens, stables, and houses, this structure is especially notable for having also housed the first public hospital in the Ottoman Empire. Bayezid is also known for building two of the city’s most important sights: Ulu Camii and Koza Han. 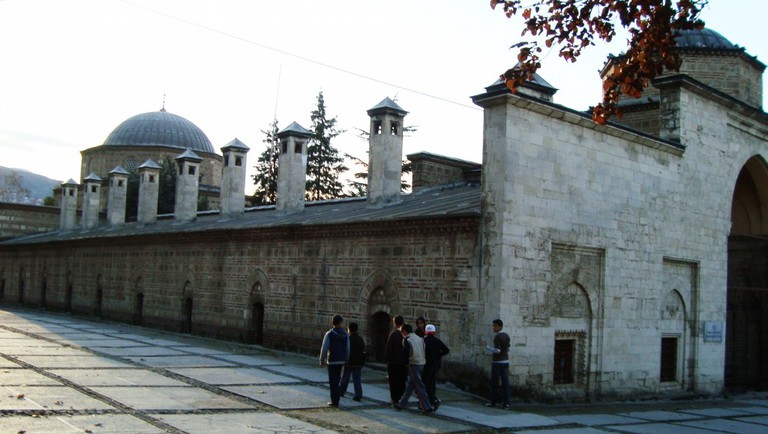 Yeşil Külliye of Sultan Mehmed I

Built in 1419 by Mehmed I, this structure consists of a mosque, tomb, soup kitchen, madrassah, and hamam. Nowadays, the madrassah has been converted into the Turkish Islamic Arts Museum, the soup kitchen into a café, and the hamam into a pretty souvenir shop.

Built in 1426 by Sultan Murad II, this külliye pushed the city toward the west end due to its westward positioning. The last külliye to be built by the Ottoman sultans and certainly the city’s largest, the Muradiye complex is beautifully ornamented and originally housed a mosque, hamam, madrassah, a soup kitchen, and health clinic, as well as fountains, tombs, and cemeteries.

This beautifully preserved 700-year-old village on the Uludağ mountainside is the only UNESCO site that is not in the city center. An excellent example of early Ottoman rural life, the area also represents how sultans would build commercial trade centers and villages in order to generate income for the construction of their külliye. Cumalıkızık is especially important in this regard because it generated income directly for the Orhan Gazi Külliye.