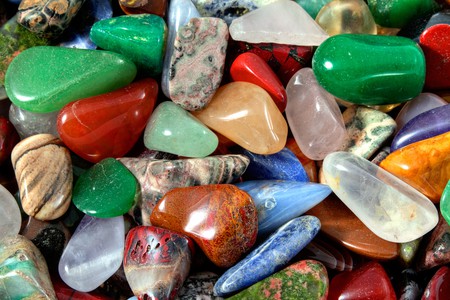 Istanbul’s rich history and its current state as a cosmopolitan city, where many cultures collide, are all definitely more than enough inspiration for a designer. In terms of jewelry, Istanbul’s designers take on both the traditional motifs as well as the more modern touches for very unique collections that are best described as wearable art. We look at some of the city’s best jewelry designers and their unique collections.

With a passion for the simple shapes that are formed by the forces of nature, Verda Alaton is a designer who takes inspiration both from her native Istanbul as well as her extensive travels. Having founded her jewelry line Tohum in 2009, the designer is very fond of African art, which she came across while studying in New York City. Through her personal collection of ethnic art and jewelry – which she acquired during her travels – Alaton’s pieces reflect the visual elements of these items. You’ll find handcrafted silver rings and necklaces adorned with natural stones in organic shapes.

While studying law in university, Yeşim Yüksek realized that her true passion was jewelry design and soon began creating collections for well-known Turkish brands like Beymen and Vakko. After moving to İzmir, Yüksek had an apprenticeship with a master goldsmith for six years, after which she opened her own store in 2005 under the name Alef Galeri. Yüksek’s style fuses traditional and contemporary for a collection of earrings, rings, necklaces, and bracelets composed of such materials as quartz, onyx, aquamarine, and blue topaz.

Having begun his journey as a jeweler at the age of 12, Sevan Bıçakcı had plenty of time to develop his personal style. By 2002, he established his first collection inspired by the Grand Bazaar, where he spends a lot of his time. Bıçakcı’s designs are very unique and not for those fond of understatement. His famous rings stand out through the use of the micro-mosaic technique, where miniature representations of structures like the Hagia Sophia sit atop precious stones for a ring that is anything but ordinary. Bıçakçı’s intricate designs have attracted famous clientele including Catherine Zeta Jones, Tory Burch, and Halle Berry (to name a few).

Jeweler, sculptor, and Istanbul native, Aida Bergsen creates jewelry that is not only inspired by Istanbul and its multicultural layers, but also from mythological heroes and the human anatomy. Better described as wearable sculptures, every piece is meticulously crafted in wax and then transformed into jewelry through traditional techniques. In her Medusa collection you’ll find beautiful bejeweled serpents as rings or necklaces, while her Flora and Fauna collections depict creatures and plants of the natural world embracing precious stones.

Istanbul native Zeynep Erol has been in the field of jewelry since the late 1980s, first starting as an apprentice and then creating her own collections. Inspired by different cultures and their philosophies, Erol is a master in traditional jewelry making having enrolled in a two-year program at the Grand Bazaar to study metal technique. Erol’s designs reflect her inner spiritual world and abide to geometric forms and the use of green, white, and red gold paired with silver. Depending on the theme, the designer uses a wide range of materials such as coconut shells, pearls, brilliants, sapphire, ruby, emeralds, quartz, glass, and rose-cut and uncut diamonds.