A Tour Of Istanbul’s Architectural Landmarks 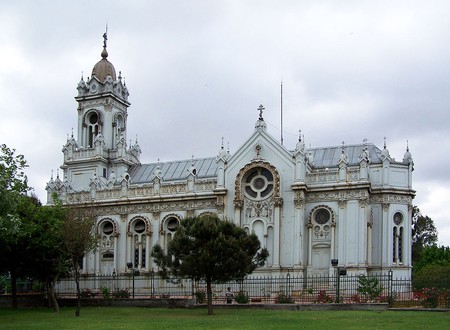 Istanbul is a city rife with architectural landmarks, most notably its most popular sights in Sultanahmet, the heart of the city’s touristic traffic. However, the city’s other neighborhoods are also strewn with the remnants of past empires as well as the many different cultures and religions that made Istanbul a multi-ethnic city. The Balat and Fener neighborhoods have been receiving a lot of attention lately not only because of the colorful and ornate houses belonging to the bourgeoisie Greek Orthodox families that used to reside here, but also because of the hidden churches, mosques, and hamams. Let’s take an architectural tour of Fener and Balat…

The Ecumenical Patriarchate of Constantinople

Since 1600, this historic structure has been the official seat of the Ecumenical Patriarch of Constantinople (or the spiritual leader of the 300 million Orthodox Christians worldwide). The structure’s main church, the Church of St. George, dates back to the mid 19th century and has a neo-classical influence, making it distinct from the Orthodox churches in the Byzantine style. 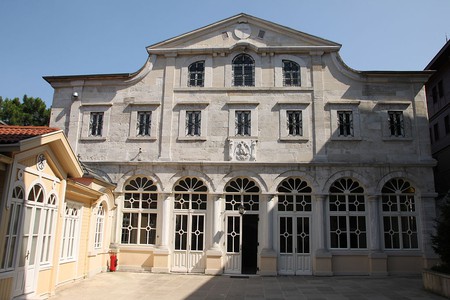 One of the oldest surviving Greek Orthodox schools in Istanbul, the Phanar Greek Orthodox College was designed by Ottoman Greek architect Konstantinos Dimadis and was erected between 1881 and 1883. At a cost of around 17,000 Ottoman gold pounds, quite a large sum at the time, the building has a castle-like shape with a dome used for astronomy classes and is outfitted entirely with a castellated red brick façade. 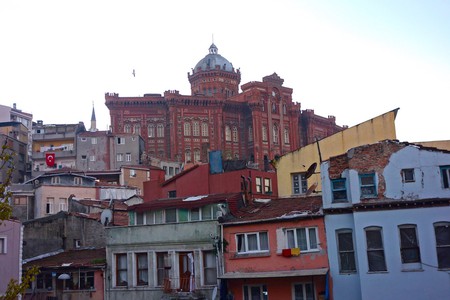 This imperial mosque is located right on Istanbul’s fifth hill overlooking a beautiful view of the city from the Golden Horn onward. Dedicated to the memory of Selim I, his son Suleiman the Magnificent commissioned the religious edifice in the 16th century to the architect Alaüddin (Acem Alisi). The large courtyard has a colonnaded portico with columns composed of marble and granite, while the mosque itself is decorated with early examples of the famous handmade İznik tiles. 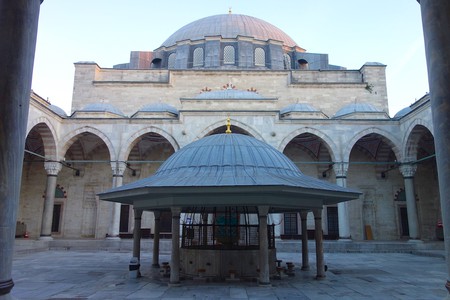 This Bulgarian Orthodox Church is famous for being one of the world’s few surviving churches composed of prefabricated cast iron elements. Richly ornamented with a three domed and cross-shaped basilica, the church was first made of wood in 1849. When the original structure was damaged in a large fire, it was rebuilt with an iron frame planned by Hovsep Aznavur, an Armenian from Istanbul. When a competition was held to produce the church’s prefabricated parts, the Austrian company, R. Ph. Waagner won and the parts, weighing around 500 tons, were produced in Vienna between 1893 and 1896 and transported to Istanbul. By 1898, the church was completed and continues to exude its Neo-Gothic and Neo-Baroque style.

One of Istanbul’s oldest hamams, the Küçük Mustafa Paşa Hamamı was built in 1477 on the orders of chief cleric Molla Hüsrev during the reign of Fatih Sultan Mehmet. Covering an area of 1,900 square meters, the historic structure features early hamam architecture such as pointed arches with muqarnas (ornamented vaulting in a geometric shape), domes with holes for both sunlight and ventilation, and tassellation flooring. In the 1900s the hamam ceased being used as a bathhouse and has been restored to become a center for exhibitions and events. 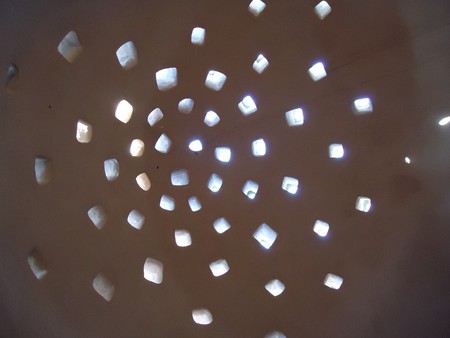