A Resurgence of the Arts in Istanbul 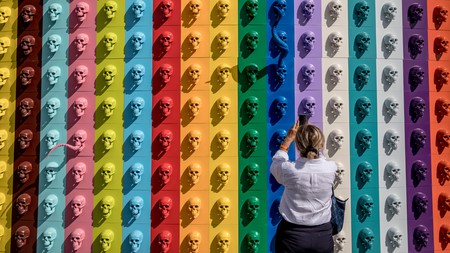 Artistic production in Istanbul has always remained high, despite the country’s increasingly restrictive political regime. Here’s how the city’s residents are building a parallel universe through Istanbul’s art spaces.

For the first time in a long time, a sense of optimism can be felt in the Turkish art world. After the demise of many valuable cultural institutions over the years in favour of more commercial pursuits like shopping malls and luxury residential buildings, Istanbul is finally experiencing a resurgence of spaces directed towards creatives. With the opening of new institutions – like OMM in Eskişehir, a city three hours outside of Istanbul – as well as new spaces created for more established galleries such as Arter, and the Istanbul Biennale, there is an undeniable resurgence of vibrancy in the city’s cultural atmosphere. 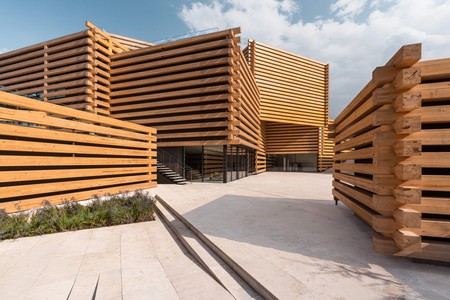 It’s evident that the population of the city, and the country at large, is hungry for expression. Despite the cultural despair of the past few years, caused by an increasingly restrictive political regime as well as sporadic terrorist attacks, artistic creativity has always remained high. Istanbul has witnessed the birth of underground music venues, art collectives and exhibition spaces amidst the turbulent backdrop of the city. The problem is one of durability – due to the aforementioned circumstances, as well as a lack of sufficient funding and interest, many of these endeavours end up being short-lived.

However, the institutional support behind the current resurgence of interest in arts and culture brings hope that these spaces can be solidified within the city’s landscape and provide the avenues of expression that have been yearned for by Turkish artists.

The other problem is that because these are well-known and established institutions, they have to be conscientious about navigating governmental sensitivities. Although an art space doesn’t necessarily need the establishment’s explicit support to survive, it does need to avoid offending it blatantly. This puts another constraint on both the artists themselves and the venues exhibiting their work. Increasingly journalists, artists and even civilians face imprisonment for minor expressions of anti-establishment sentiment, which leads to a preemptive tendency towards self-censorship, even in cases where censorship is not exercised externally. 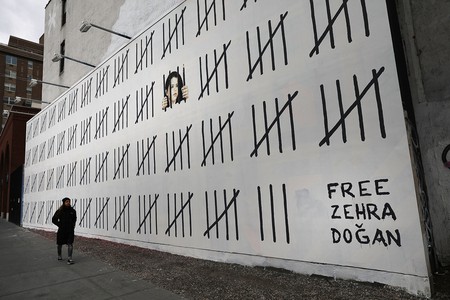 This 2018 Banksy work in New York is a protest over the imprisonment of Zehra Doğan, a Turkish artist who was jailed in 2017 for a painting criticising the Turkish government | © Spencer Platt / Getty Images

Thus, artists and curators tend to steer away from overt politicism and discussion of national issues, though this is perhaps the sentiment most desperate for expression, the elephant in every gallery space. The 2019 Biennale, for example, titled The Seventh Continent after the floating island of plastic waste in the Pacific Ocean, while it is certainly politically engaged, addresses issues from a more global scale. It levels its criticism at the Anthropocene, our current historical era, characterised by the weight of human activity on the environment. Though this concept and the artworks based on it are politically allusive, they are also extremely general, addressing humanity on a global scale. This is useful for garnering international appeal, and gives some license for artists and curators to express dissatisfaction with the current state of affairs, but nevertheless walks on eggshells when it comes to addressing the most intimate political concerns: Istanbul’s own. The combination of global relevance with the absence of national discussion makes the latter even more evident, like the chalk outline of a body on the floor. 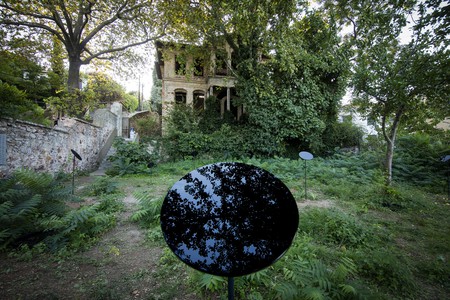 This contrast is through no fault of the artists or institutions themselves, but a symptom of high creative potential paired with rampant censorship, an earnest desire to speak and be heard in spite of the danger of doing so. Especially as an established or burgeoning cultural institution with a long-term vision, safely navigating the climate comes with many challenges. 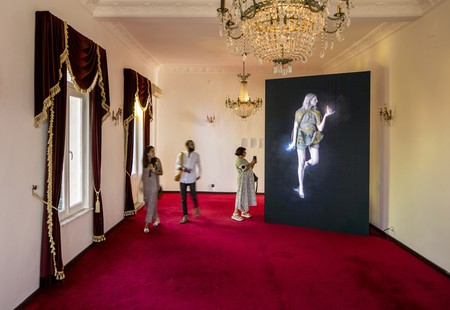 ‘The Fire of Knowledge Burns to Ashes All Karma, 2019’ by Ursula Mayer is another artwork from the Biennale | Courtesy IKSV / © David Levene

In spite of all this, a genuine atmosphere of optimism has injected itself into the Turkish cultural scene. The new venues that have opened aim to make the most of art as an equalising factor, opening up their spaces for collaborations, workshops, lectures, screenings and performances. There is a reborn sense of community that was desperately needed, fresh platforms for exchanges of ideas and a sincere sense of interest and curiosity in these topics, in defiance of whatever may be going on around us, in Istanbul’s own parallel universe.