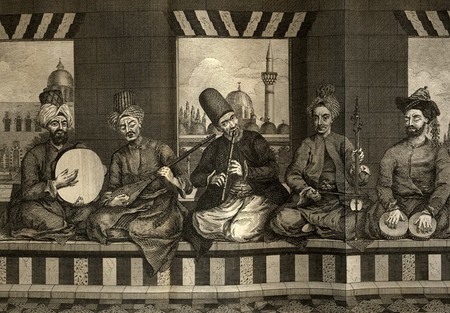 It’s no secret that the Ottoman Empire was one of Turkey’s most active periods for the arts. From a musical standpoint, the 13th century brought on a systemization of music, meaning that Turks took on the makam (varied system of modes or scales) of Asia and Anatolia and soared creatively. During the late 14th and 15th centuries, research into Ottoman music and its systems began to emerge, which later resulted in the teaching of music, especially in the palace conservatory. It was here that music was disseminated to the Ottoman elite, as ancient Anatolian cultural heritage was preserved and explored further. Traditionally, Ottoman classical music included the use of a tanbur (a long-necked lute), ney (a type of flute), kemençe (a type of fiddle), oud (short-necked lute), kanun (a plucked zither), and violin.

Up until the 20th century, Turkish music spread throughout the Mediterranean basin with unique styles also emerging from various areas of village and city life. Apart from the Classical Ottoman-Turkish music, this folk music tradition, also with roots in Asia, spread throughout Anatolia. Developed and advanced at the hands of local artists and minstrels, the rich repertoire reflected every aspect of the natural and social events of that time. In the first quarter of the 20th century, a new development took hold as an entirely new political sphere changed Turkish musical culture. It was during this period that Western influence was most prevalent, as Turks experienced Western culture firsthand, especially western music. 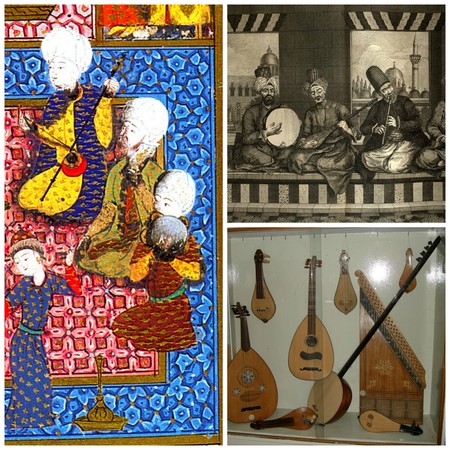 It was the thinkers of the 19th-century western enlightenment that further influenced Turkish music, as folk music suddenly took on a central role, with research and collection projects making headway. Musicians who collected the many songs of Anatolia fostered a new movement that arose among the education of contemporary western music. During this period, more than 20,000 songs and melodies were collected, which became crucial as Turkish music blended with the modern western sound. Turkey’s ethnic diversity also resulted in a vibrant music scene, with influences from Greek, Armenian, Kurdish, Albanian, Azeri, and Jewish musical styles.

Today, folk music remains one of the most important branches of the Turkish musical sector, and education in contemporary Turkish music is offered at conservatories. After the establishment of the Turkish Republic, orchestras, choirs, opera and ballet companies also made their mark on the musical scene under the aim of modernization.