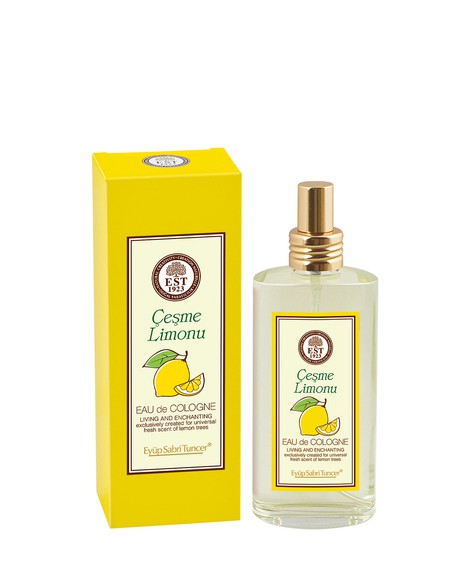 The sweet scented liquid kolonya is a staple in every Turkish household, usually smelling strongly of lemon and held in a decorative glass bottle. With many different scents from rose to lavender and from common supermarket brands to the more upscale bottles, kolonya is used mainly as a refresher and perfume (and sometimes as an antiseptic due to its alcohol content). We take a look at the history of kolonya that stretches back to the Ottoman Empire.

It was rose water that first made its appearance in the Ottoman Empire as the main scented liquid. However in the 16th century, when newly discovered eau de cologne made its way to Turkey during the reign of Abdülhamit II, rose water lost its primary spot. The new cologne was mixed with rosemary, orange, bergamot and lemon, and sometimes even sprinkled on sugar as a relief for upset stomachs. By 1920, Eyüp Sabri Tuncer started producing cologne out of a small shop in Ankara where he would provide customers with free sample bottles and informative leaflets. One of the first people in the Republic to use a promotion campaign, Tuncer remains as one of the most important brands in the kolonya sector.

As for the production of kolonya, three simple ingredients (ethyl alcohol, water and fragrance) are mixed together for the final product. The alcohol used in kolonya is also specially produced through the fermentation of starchy substances such as grapes, potatoes, or barley. The ethyl alcohol is then mixed with distilled water until it reaches the necessary levels, after which the fragrance is added. After sitting in a tightly sealed container for seven to ten days, the mixture is transferred to its final, ready-to-use plastic or glass bottle. 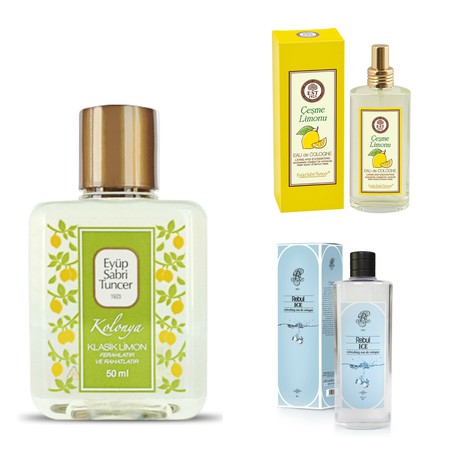 Due to its refreshing property, probably due to its alcohol content, kolonya is offered to guests and used as a fragrance. However, the mixture is also used to treat dizziness, fainting, and headaches, as well as to clean or disinfect due to its anti-bacterial effect. Kolonya comes in many different fragrances, including orange, lilac, lily, lavender, mandarin, and even hazelnut. On the more traditional end, kolonya (usually lemon) is offered during guest visits, on bus trips, and in restaurants, as well as during family gatherings and at funerals as part of a ritual. The offering of kolonya is always meant to refresh the guest and help get rid of bacteria acquired during their trip.

Found at almost every pharmacy and supermarket, the more upscale versions of kolonya have also made a name for themselves. A standout for the most high end line of kolonya is Atelier Rebul, which was established in 1895 and offers kolonya in chic bottles with fragrances such as lemongrass and honey, amber, jasmine, rose, magnolia, fig, lavender, verbena and ginger, and green tea. At modern venues and hotels, kolonya is always found in bathrooms as a traditional yet modern touch for the guest experience.