7 Traditions Only Locals in Turkey Can Understand 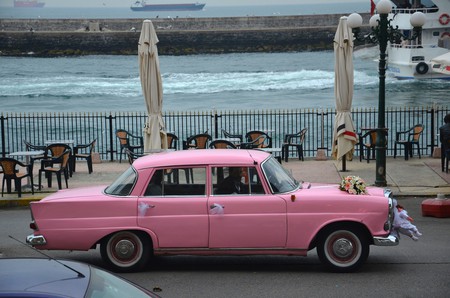 Like all big city cultures around the world, Istanbul has its fair share of strange traditions due to the endless intermixing between traditional Turkish culture and a more modern urban lifestyle. Whether it’s a religious belief that has adapted itself to city life or a westernised notion that has adapted itself to Turkey, these traditions are always amusing for someone who is not living in or from the country.

Ramadan is one of the biggest religious holidays in the year celebrated not only by Muslims in Turkey but all over the world. After fasting from sunrise to sunset, the holy month is celebrated with a feast on the last day. Of course, back in the day when alarm clocks didn’t exist, people needed to know exactly when they were to wake up in the morning to eat their meal. And so, every neighbourhood had a Ramadan drummer who walked around beating his drum like a holy alarm clock. Nowadays, these drummers still exist and wander around every neighbourhood beating the life out of their drums so that everyone wakes up. The drummers also expect tips and some people let them into their homes, showing gratiutude with some money or a hot meal. 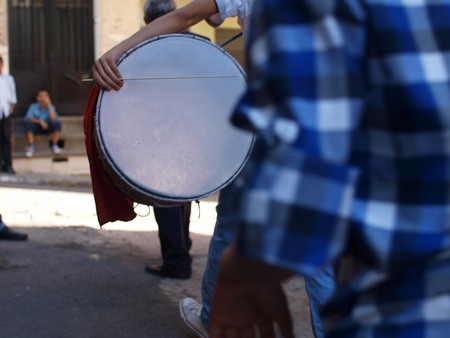 A very popular tradition among young Turkish girls who are in love or heartbroken, fortunetellers are everyone’s favourite therapist because they tell you all the things you need to hear. Fortunetellers can be found all around Istanbul in certain cafés such as Melekler Kahvesi in Beyoğlu, but if you want a really good falcı, then you’ll have to ask a local who probably knows someone amazing and only works by appointment.

Getting circumcised is a big deal for any Turkish boy and when the day arrives he can look forward to a big family party with presents and a pretty ostentatious costume. Of course, the procedure itself is anything but exciting, but it does mark the transition from boyhood to manhood, and that is a cause for celebration in any Turkish household. The circumcision costume comes with a cape, hat, and sceptre. 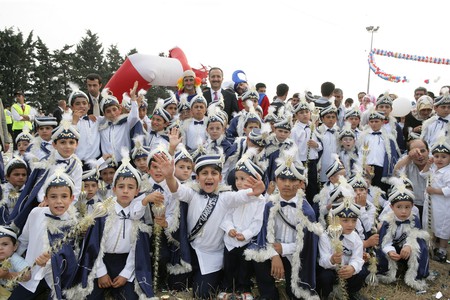 Keşkek is a traditional stew made of wheat and barley that is first beaten for a long time before being boiled. In Istanbul, the Keşkek Festival is a very common collective event in conservative neighbourhoods as a celebration of a religious holiday or a special event like a wedding. Since the festival is a communal celebration, a lot of keşkek needs to be made, which means large cauldrons of stew are a common sight. You’ll always come across newspaper articles that boast how one tonne of keşkek was consumed in an hour, so you can only imagine how popular these keşkek celebrations really are.

For a city that is beleaguered by traffic, we can say that car honking is the official soundtrack of Istanbul, and most natives have become immune to the incessant sound. However, sometimes the car honking is especially loud and annoying and performed by not one, but a cacophony of cars. If you’ve been living in Istanbul for a while you’ll recognise this sound as a tradition that either means that someone is getting married, or that someone is taking off soon to complete their military service. The rule is that if there is white tulle tied to the car mirrors, it’s a wedding, and if there are young guys hanging out the windows or the roof, it’s a military service send off.

Turkish people are obsessed with the evil eye, or the belief that the negative energy of other people (usually due to jealousy) travels from their eyeballs into your life, causing bad luck. Apart from the glass evil eye that is sold everywhere in all shapes and sizes, there’s also a very traditional ceremony that involves the melting of lead. What happens is that an expert comes to your house and makes you sit under a tablecloth. She then melts lead and violently plunges it into cold water with a ladle, so that the hot lead explodes and disperses the negative energy that surrounds you. You can keep the little bits of lead that form evil eyes when they hit the water.

Christmas Decorations for the New Year

So there’s something very peculiar about New Year’s in Istanbul because there are Christmas decorations everywhere even though Turks do not celebrate Christmas at all. We’re not sure when it happened, but Christmas decorations (including Santa Claus and Christmas trees) became symbols for the New Year rather than the Christian holiday of Christmas. It’s always a bit strange to see giant Santa Clauses staring down at you at malls as well as Christmas trees and lights everywhere that have Christmas appropriate colours and shapes, even though nothing happens on December 24th.