20 Pictures That Will Make You Want to Visit Turkey 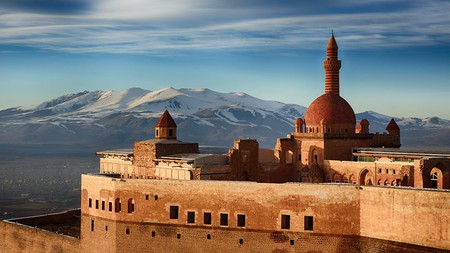 From the Ottoman palaces of Istanbul to the clear waters of the coast, Turkey has so much to explore. We take a look at some of the most stunning images that will make you want to pack your bags and travel to Turkey.

Want to sit back and let someone else do all the planning for you? Then join Culture Trip’s specially curated, small-group Turkey adventure, led by our local insider. 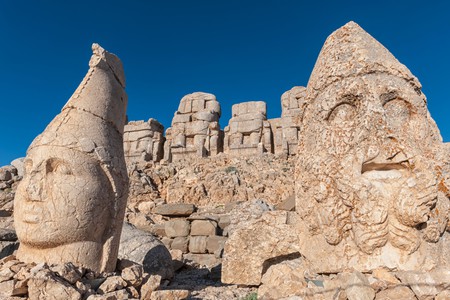 Mount Nemrut, near Adıyaman, is believed to be a royal tomb that dates back to the first century CE. 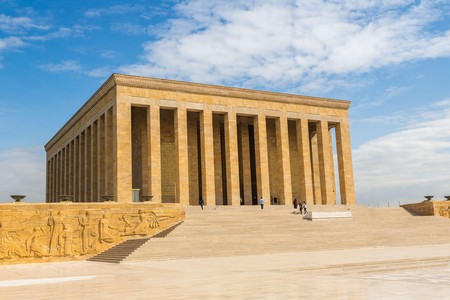 Anıtkabir, one of the most impressive sights in Ankara, is the mausoleum of Mustafa Kemal Atatürk, the founder and first president of the Turkish Republic. 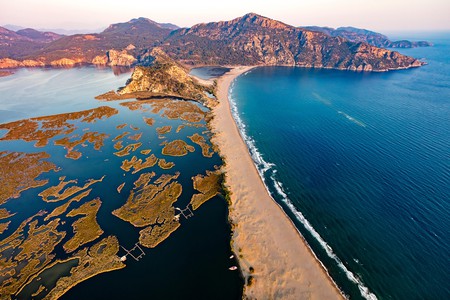 Dalyan is a town in the Muğla province that is known for having a beautiful river, ancient Lycian tombs cut from rock, and Iztuzu Beach. 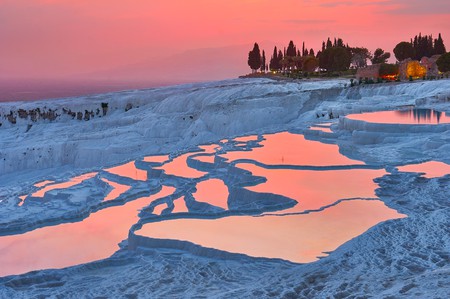 One of the most popular natural sites in Turkey, Pamukkale is known for having travertines, or white terraces composed of carbonate minerals formed by flowing water. 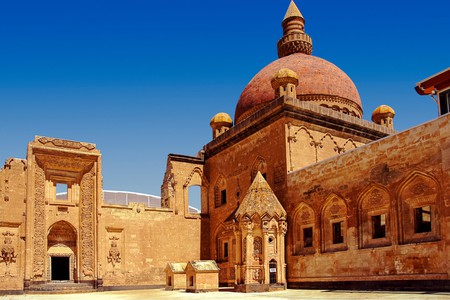 The Ottoman-era Ishak Pasha Palace is located in the Doğubeyazıt district of the Ağrı province and dates back to 1685. 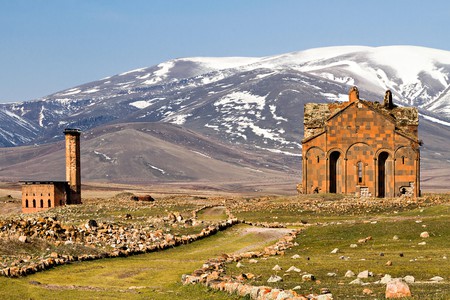 The Cathedral of Ani is an Armenian church that lies in the now abandoned medieval city of Ani, near the Armenian border in the Kars province. 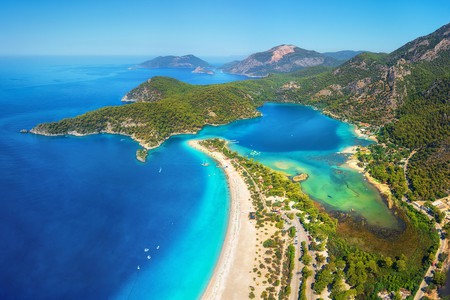 Ölüdeniz is a beach in the Fethiye district known for having perpetually calm water and a beautiful blue colour. It’s frequently chosen among the top beaches around the world. 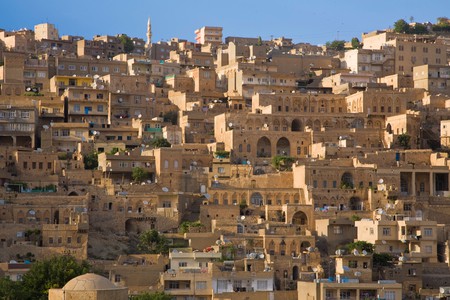 The city of Mardin is famous for the Artuqid architecture that populates the old town. The Artuqids were a Turkmen dynasty that ruled over eastern Anatolia, northern Syria and northern Iraq in the 11th and 12th centuries. 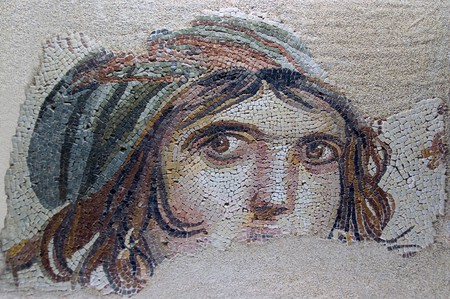 The Zeugma Mosaic Museum in Gaziantep is the biggest mosaic museum in the world, featuring 1,700sqm (18,300sqft) of artefacts from the ancient city of Zeugma. The Gypsy Girl, is one of its most precious exhibitions. 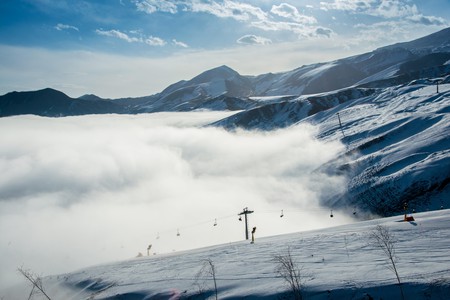 Uludağ Mountain (Sublime Mountain), near the city of Bursa, is one of the most popular places in Turkey for skiing, with an elevation around 2,500m (8,200ft). 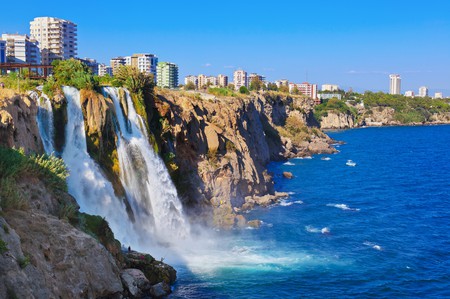 A summer favourite, Antalya is located by the coast and bordered by the Taurus Mountains. It is the largest city on the Mediterranean, and just one of many fantastic destinations featured on Culture Trip’s specially curated small-group Turkey adventure, led by our local insider. 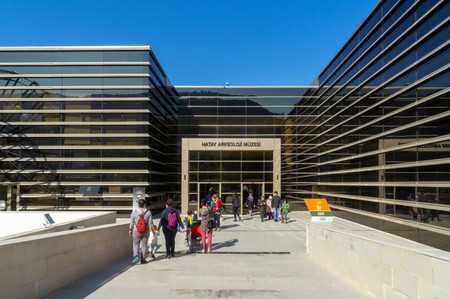 The Hatay Archaeology Museum has an extensive collection of Roman- and Byzantine-era mosaics that were found in the ancient cities of Daphne, Seleucia Pieria (Samandağ), Antioch and Tarsus. 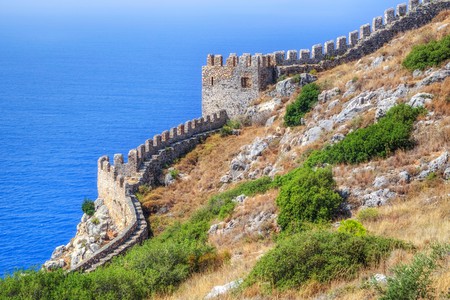 Alanya is not only known for beautiful beaches but also for being home to many historic remains, including Ptolemaic, Seleucid, Roman, Byzantine and Ottoman. 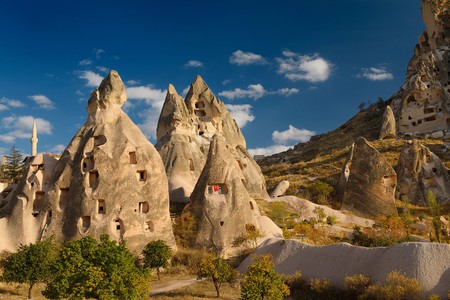 Cappadocia is one of the most magical sites in Turkey, with ‘fairy chimney’ rock formations, Bronze Age homes carved into the valley walls, and underground cities. You can enjoy a guided tour of Kaymakli Underground City with Culture Trip on our epic 12-day Turkey trip. 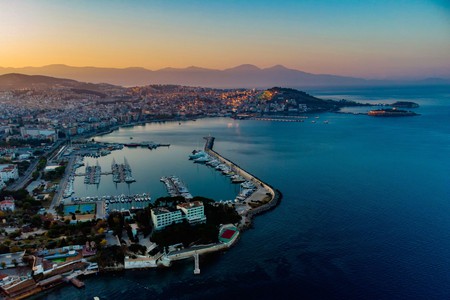 Another idyllic summer destination of pure green and blue, Kuşadası (Bird Island) is named after its shape which resembles a bird’s head. 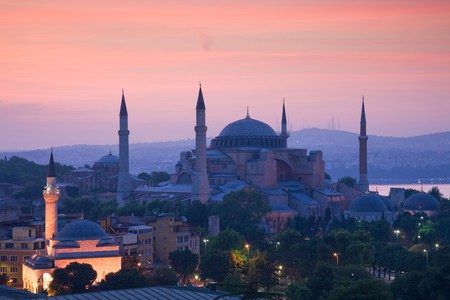 No look at Turkey would be complete without Istanbul, a city that has the remnants of many empires as well as cultures, ethnicities and religions. 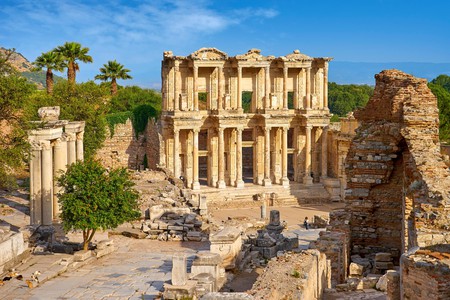 Near Selçuk in the İzmir province, Ephesus was an ancient Greek city that was built in the 10th century BCE, and which flourished during the Roman republic. 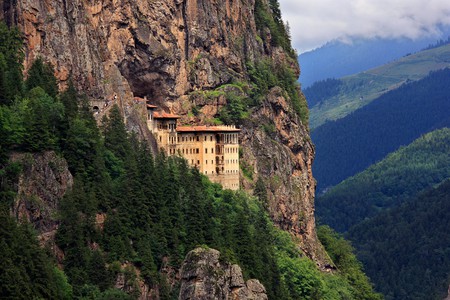 The Sumela Monastery, a Greek Orthodox Monastery dating to 386CE, is located on a steep cliff at an altitude of around 1,200m (3,937ft) overlooking the Altındere Valley in the Trabzon province. 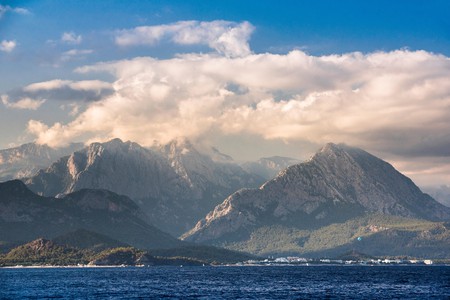 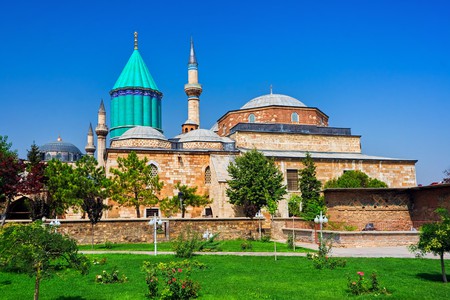 The Mevlana Museum in Konya is the mausoleum of Jalal ad-Din Muhammad Rumi, the 13t- century Persian poet whose followers created the Mewlewi Sufi order (also known as Whirling Dervishes) in 1273CE.