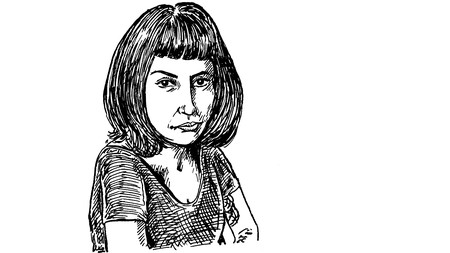 As part of our “20 Literary Translators Under 40” series, we interviewed Turkish language literary translator and photographer Zeynep Beler.

Specializes in: Fiction and political non-fiction

Recent translations: Turkey: The Insane and the Melancholy by Ece Temelkuran; More by Hakan Günday

Read: An excerpt of More by Hakan Günday

What approach or procedures do you take when translating?
I often translate in sections, trying not to get too caught up in phrasing or word choice and just going ahead, then going back many times and rereading and editing for legibility and fluidity and combing for errors.

What kinds of works or regions do you gravitate toward?
I translate from Turkish to English and am quite new to literary translation so I have tried to translate most titles that came my way, but so far I have been really lucky to translate some really engaging books by fine authors. I’m personally a reader of non-fiction, such as essays, biographies and critical texts, so I might gravitate towards such works in translation as well.

Who or what are some untranslated writers or works that you would like to see in English? Why?
There are so many, but a few books come to mind foremost. Şule Gürbüz is one fine author I would both like to see in English, and would love to undertake to translate—though it would definitely be a challenge. Feride Çiçekoğlu has a brilliant book that examines the relationship of women to the city of Istanbul as mediated by mid-to-late 20th century Turkish cinema. Although it sounds particular, I believe it could make for a good contribution to foreign film lovers’ libraries. A recent read is Aile Çay Bahçesi by Yekra Kopan, a bitter and compact little novel about the burden of familial duty and the fickleness of memory that was well received in Turkey; I feel it would also resonate with foreign readers.

What are some of the more interesting literary developments happening in the language or region you translate from?
The literary sector in Turkey is still growing. It’s exciting that the work of translators is becoming recognized, with a new prize having recently been awarded for the second time last year. Less exciting are the arrests of writers and the closing of publishing houses and printed publications. Recent political developments risk hindering Turkey’s cultural life as well as many other areas of life. One can only hope that the literature scene will find subversive and creative ways to continue to flourish despite everything.

What is a recent translation challenge you faced?
Every new text presents a new set of challenges, but it’s always rewarding once you’ve adjusted.