10 Mouthwatering Dishes To Try From Turkey

For those who move beyond the initiation of döner kebab, Turkish cuisine rewards curiosity with time-honed flavors and some of the tastiest street foods in the Mediterranean. Here are 10 Turkish dishes you must try. 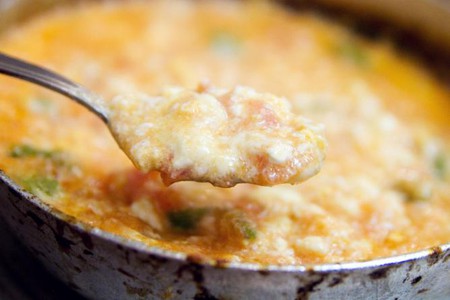 Think all the ways to serve eggs for breakfast have been exhausted? Think again. Somewhat similar to shakshuka, menemen is a cross between scrambled eggs and a vegetable stew. Tomatoes, onions and peppers are cooked down to a savory broth, then eggs are quickly whisked in and broiled by the simmering tomato juice to form this filling, yet light breakfast staple. Additionally, cheese or sucuk, a spicy sausage, are ingredients often added to enrich the flavor. Any breakfast-goer would be remiss not to use liberal amounts of bread to dip and spoon out this goopy goodness. 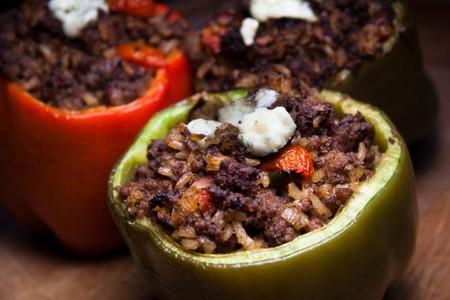 Dolma simply means, “stuffed,” but there are limitless possibilities when it comes to stuffing, a common technique in Anatolian cuisine. Dolma often uses a rice-based mixture of spices, pine nuts, and even small dried fruits to stuff vegetables such as flavorful peppers or courgettes. The streets of coastal towns and downtown Istanbul, however, feature a different kind of dolma: midye dolma, or stuffed mussels are a delicacy relished by night owls. Midye dolma come packed in their shells and arranged on large circular platters, equipped with fresh lemons to squeeze onto the salty sea-dwellers – a Turkish street food staple. 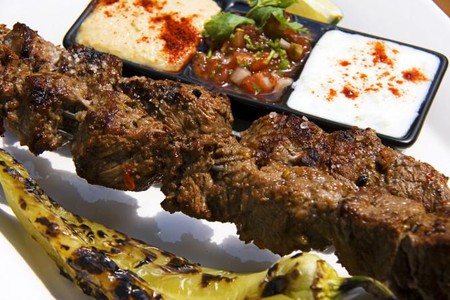 Most fast food connoisseurs will know kebap in its most basic form – döner, meaning ‘turning’, is the open-faced sandwich stuffed with greens and thinly shaved slices from a massive, vertically rotating skewer of meat from which it takes its name. However, those more familiar with Turkish cuisine will recognize kebap as a sprawling family tree of all kinds of skewered meats, seasoned and served with different accompaniments. Some of the most famous types of kebap are identified by their city or region of provenance, such as the spicy Adana kebap or the milder Urfa kebap. These are both from the southeast of Turkey. A particularly famous form of kebap is known as the Iskender Kebap. It is prepared over a bed of pita bread and drenched slices of meat and tomato juice and served with heaps of yogurt. 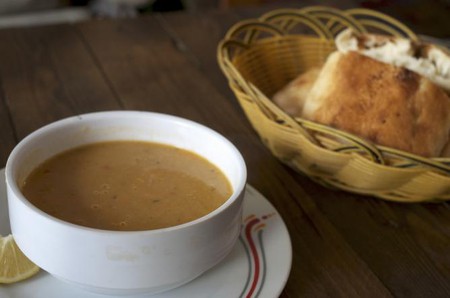 Mercimek çorbasi, literally lentil soup, is an ubiquitous dish in Turkish cuisine. Its deliciousness is matched only by its simplicity. It is a simple puree of lentils and spices, garnished with cilantro and the juice of a freshly cut lemon slice, always served alongside the soup. Additional garnish can comprise any variety of tursu, or pickled vegetables, from cabbage to carrots and olives. Accompanied with a few piping hot slices of pita bread, mercimek çorbasi is an inexpensive, filling and soul-warming feature of nearly any menu, from upscale restaurants to the neighborhood cafeteria. 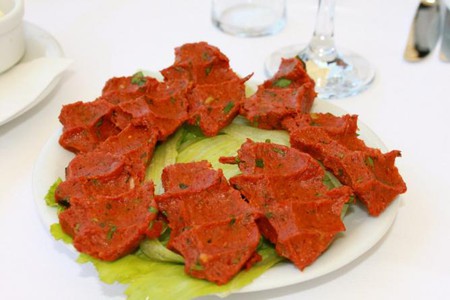 Cig Kofte from Develi on the Asian Side | © Leyla A./Flickr

Pronounced “chee,” this variant of köfte literally means “raw meatballs.” As unappetizing as the name might appear, çig köfte is said to have originated within the geography of modern-day Turkey as early as the time of Abraham. At this time, a shortage of firewood prompted the innovation of this original version of steak tartare. Traditionally an amalgam of kneaded bulgur, scallions, spices and fresh raw meat, the çig köfte served nowadays is a bit easier to stomach. This is due to legislature in 2009, after Turkey’s accession to the European Union, banning raw meat. The çig köfte lives on as a delicious, savory ball of kneaded bulgur and spices. In the style of çig köfte past, these balls of bulgur are served with all kinds of green garnishes, lemon juice and wrapped in lettuce or thin flatbread, making this dish a quick and delicious snack to eat on the go. 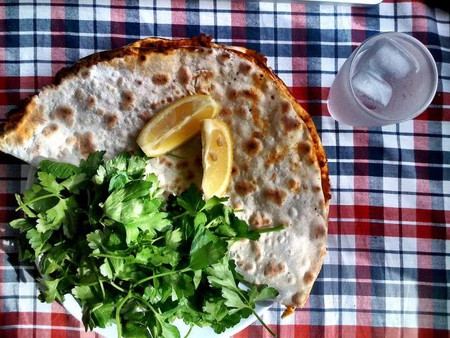 Occasionally translated on restaurant menus as “Turkish Pizza,” lahmacun (pronounced lah-mah-joon) actually has more in common with a savory pie rolled out flat. Essentially a flatbread topped with any variety of minced meat and seasoning, lahmacun is always served freshly baked and often consumed in twos or threes as a meal on its own. Onions and cilantro add a bit of zing to the heavenly sensation of freshly baked flatbread seasoned with minced lamb or beef. More creative varieties are spiced with the addition of ground nuts or sour pomegranate syrup. A cousin of the lahmacun, the pide actually resembles pizza much more than the former: essentially a boat of thick dough inundated with cheese, vegetables and all kinds of meat, the pide is like the pizza’s older, stockier brother hailing from Turkey’s Black Sea region.

Described occasionally as a Turkish form of ravioli, manti comes in many shapes and forms, but most often as bits of meat folded into small, angular pouches of dough. While size and content can vary immensely, manti is set apart from its Italian cousin by an important Turkish distinction: a scoop of yogurt to soften the savory flavor of the dish and add a fresh counterpoint to the meaty taste. Another tasty variation of manti is stuffed with coal-grilled eggplant, retaining all the rich flavor of the meat-laden variant, but as a distinctively Turkish alternative.

In Turkish cuisine, eggplant has undisputed reign. However, the name of this dish suggests something even more extraordinary, as it literally means, “the imam fainted”. The name suggests the extremity of a reaction to this flavorsome dish of eggplant braised and simmered in oil and stuffed with tomatoes and onions. Relatively uncomplicated in terms of ingredients, imam bayildi marries two essential elements of Turkish cuisine: eggplant and olive oil into a tasty staple. A variation of this dish known as karniyarik contains beef, but only as a supplement, as the real meat of this dish – and many Turkish dishes – is that notorious purple vegetable.

Covering a wide range of phyllo dough-based pastries, both sweet and savory, the geographic distribution of börek is a sign of the expansive culinary culture propagated by the Ottoman Empire. Börek comes in all shapes and sizes. Some are named after cigars while others bear the namesake of roses or arms, reflecting the pastry’s shape and its folded patterns. While many börek come in individual portions and are served and eaten like other pastry, there are also whole restaurants dedicated to a different kind of börek. These are prepared in massive trays and sliced up masterfully at the counter for customers who come to buy the treat. Try the savory options, stuffed with anything from meat to cheese and spinach, or a slice of the sweet variety of börek sprinkled with powdered sugar for an enticing breakfast or afternoon snack.

Nohutlu Pilav, or “rice with chickpeas” is another staple of Turkish street food, elegant in its simplicity and well rounded in flavor and nutrition. Prepared in large glass boxes on wheels that are insulated to retain heat, nohutlu pilav is layers of rice and chickpeas piled high with roasted chicken stacked on top so that their juices saturate through for a delicious seasoning. Diners can either request rice and chickpeas for a filling alternative to a sit down meal. Or, they can up the quality of their meal with some slices of chicken for a couple more lira. Who knew street food could be so nutritious?