The Top 10 Things To See And Do In Naples, Italy

With a population of almost a million and the third-largest city in Italy, Naples is one of the country’s most interesting destinations. Famous for its beautiful architectural buildings and a UNESCO-protected historic center, it is no wonder this is such an attractive holiday location. Wondering how to get the best from the city? We pick the top 10 things to see and do in Naples. 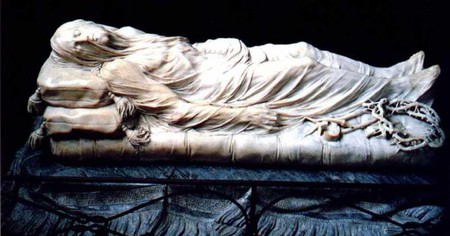 The Museo Cappella Sansevero is one of Naples greatest sites. Home to a wonderful collection of statues and classical art work, the Baroque-style chapel is has remained largely unchanged since the 17th century. Visitors flock to see the tombs, apse and architecture, but the real gem is the Veiled Christ, situated in the centre of the chapel – it’s one of the most famous and impressive art works in the world. Soak it up, because photographs are prohibited.

The Bourbon Tunnel takes visitors through underground routes of the city. Built (but unfinished) in 1853 as an escape route for Ferdinand II of Bourbon during his fears of rebellion, the tunnel has since been used as a military hospital during the Second World War and for judicial storage during the 1950s. Tours of the tunnels allow visitors to experience the history behind them, punctuated with interesting artefacts such as motorcycles from the 1940s to the 1960s, along with remnants and statues from the Second World War. 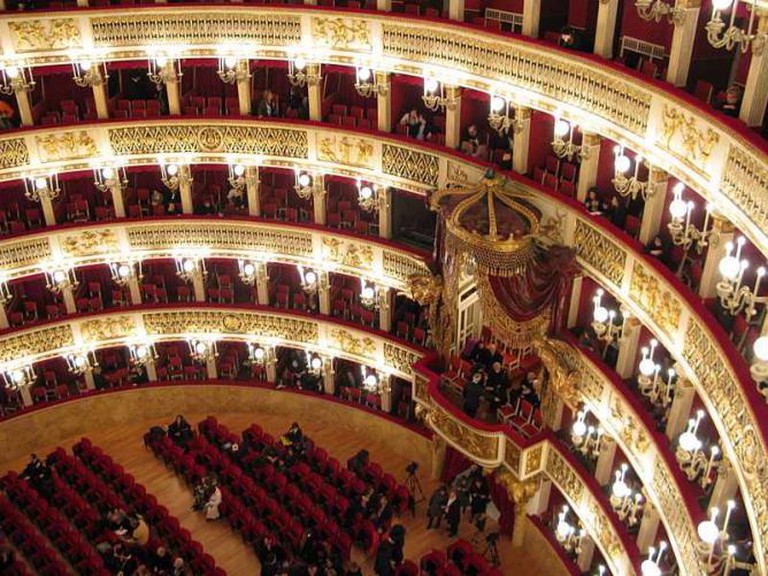 San Carlo Panoram | ©Pask00/Wikipedia
One cannot visit Naples without visiting the Gesu Nuovo Church. The church is covered with a collection of beautiful art pieces both on the walls and on the ceiling. An exceptional example of pieta dura (precious stone work), the lavish interior includes amazing frescoes and statues. It’s a peaceful escape from the hectic pace of Naples city centre, and with free entry, its easy to pop in a feel the tranquility.
Open In Google Maps
2 Piazza del Gesù Nuovo, Napoli, Campania, 80134, Italy
+390815578151
Visit Website
Give us feedback

Commissioned by Charles VII of Naples and opened in 1737, Teatro di San Carlo exudes elegance and sophistication. The building is filled with golden decor and blue upholstery, lavishly and expensively completed to match the tastes of the time. At an impressive 28.6 metres long and 22.5 meters wide, and seating over 1,300 people, it’s a remarkable building. Although the opera house has undergone a number of renovations and reconstructions over the years due to damages gained in the Second World War, fire damage and a €67 million renovation in 2008-2009, it still maintains much of its original charm and exudes a history that includes performances by musical geniuses from Mozart to Paisiello.

The Catacombe Di San Guadioso is a trip back in history, educating visitors about Naples’ religious background and providing an insight how Christinanity in the city grew into what it is today. Tours guides expertly take visitors through a series of sites, including a burial chamber once used by monks, with skulls decorating the walls, as well as chambers used for the draining of the bodies. The catacombs are located underneath the church of Rione Sanita and are easy to reach.

This amazing Baroque-style church of Certosa e Museo di San Martino was consecrated in 1368 and has since welcomed many visitors through its doors. Although the walk up to the church is a steep one, it is worth it to see the spectacular garden, cloisters and magnificent frescoes and painted decoration. The site’s location high above the city means that visitors can also admire some great views. With so many features, from antique royal horse carriages and longboats to the learning of maritime history, there is something here to interest everybody. 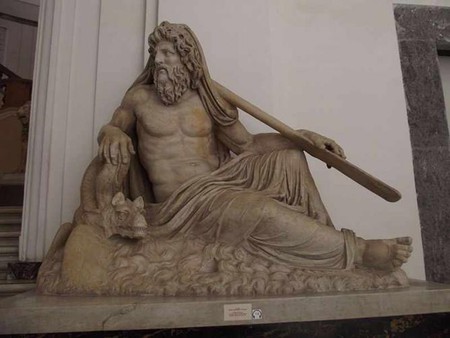 For those interested in the history of Italy and the country’s rich culture, then the National Archaeological Museum of Naples is a must-see. Although the museum is not as large as some may expect, the quality of artifacts and relics here are absolutely stunning. The Pompeii and Europe exhibition is extremely popular, and the mosaics here are also a spectacular sight and worth a trip to the museum alone. Other displays include the Hercules, the Toro Farnese and II Gabinetto Segreto.

Castle of the Egg

The oldest castle in Naples, the Castle of the Egg is one of the city’s most impressive buildings. The name of the castle comes from the legend of the Roman poet Virgil. Believed to be a sorcerer, it was said that Virgil placed a magical egg into the foundations of the castle in order to support its fortifications. Located on the Gulf of Naples, the castle offers beautiful views of the surrounding area including the sea and the coastline. It has even been claimed that this site offers some of the best views of Naples.

The Royal Palace of Naples is one of the city’s most extravagant buildings and is steeped in a rich history. It was one of fours palaces used by the Bourbon kings and features beautiful tapestries, extravagant marble flooring and some incredible frescoes. Parts of the palace suffered from bombing and military occupation during the Second World War, but the majority has been lovingly restored to create a pretty excursions from the city. Centrally located near many restaurants and shops, it’s perfect for those who wish to remain close to the hustle and bustle of Naples’ centre.

Located in Materdei, the Cimitero delle Fontanelle is one of the most unique sites in Naples. The walls here are decorated with skulls and bones; although this may sound gruesome, it is in fact intriguingly artistic. There’s very little information about it’s history, although it is believed that is was used throughout the centuries for mass graves after epidemics. There’s free entry, so avoid the guides at the entrance.