The Coolest Neighbourhoods in Naples 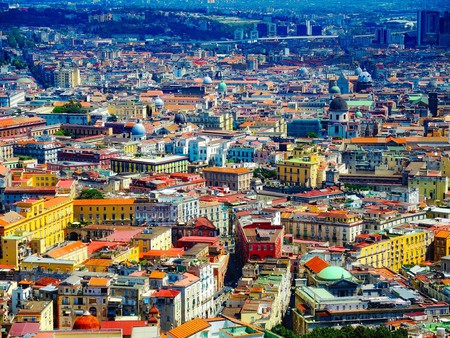 Italy’s third-biggest city, the loud, cosmopolitan metropolis of Naples is made up of a patchwork of neighbourhoods that puts ornate mansions beside gritty street art, and ancient churches next to bohemian drinking holes. Take your time getting to know these areas one by one – from the once-decadent, seaside villas of well-to-do Chiaia, to the historic cloisters and castle terraces of lofty Vomero. And no trip to Naples is complete without a deep dive into its historic centre, the Centro Storico – parts of which are Unesco-protected and date back to when the ancient Greeks first established a settlement here around 600 BCE. Here are some of the coolest neighbourhoods in Naples, Italy.

Take the funicular up to the hilly Vomero, a calm, bougie neighbourhood that overlooks downtown Naples and boasts three major historic attractions – all with stunning vistas. The pale-stoned, neoclassical Villa Floridiana and its landscaped parkland are tranquil enough for you to unwind after a couple of hours’ exploring the area’s pastel-hued streets on foot. Crowning the hill, the Certosa di San Martino former monastery and imposing citadel Castel Sant’ Elmo both have panoramic terraces and shady cloisters. Fanning out from Piazza Vanvitelli – the elegant square at the heart of Vomero – is a matrix of smart streets for designer shopping, classy eateries and people-watching to your heart’s content. 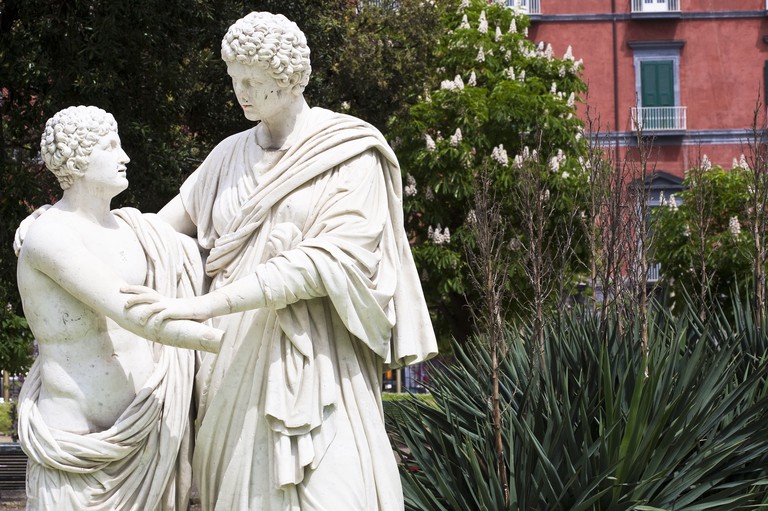 © Hemis / Alamy Stock Photo
With designer brands like Armani, Prada and Louis Vuitton all having set up shop here, Chiaia is the smartest shopping and nightlife district in Naples. Among the big budget boutiques are a number of well-established, independent stores – Il Cappellaio has sold hats since 1870 and Rubinacci is known for its sophisticated men’s tailoring. Be on the lookout for the area’s charming bookstores and antique treasure troves, hidden among the big names. Explore upmarket Chiaia by doing as the locals do on a passeggiata, or stroll, through the Villa Comunale gardens. This strip of greenery along the shoreline was built in the 18th century as a royal garden, and later opened to the public following the unification of Italy. Today, it’s abuzz with joggers, picnickers and water-spouting statues.

The Quartieri Spagnoli, or Spanish Quarters, were built in the 16th century and are said to form Napoli’s most authentic neighbourhood. This is the Naples of the movies: fluttering laundry strung between shuttered windows, cigarette-puffing residents surveying the street below from their balconies, and vendors, many in the same spot for years, flogging their produce – ripe tomatoes, plump olives, or knobbly citrus fruits. The best way to explore the Quartieri Spagnoli is without a map or a plan, stopping in whatever shops, churches and markets that look enticing. But if you happen to pass (or arrive at) the Toledo metro stop, it’s worth popping inside to see the spellbinding immersive artwork inside – a more modern side to this old neighbourhood. 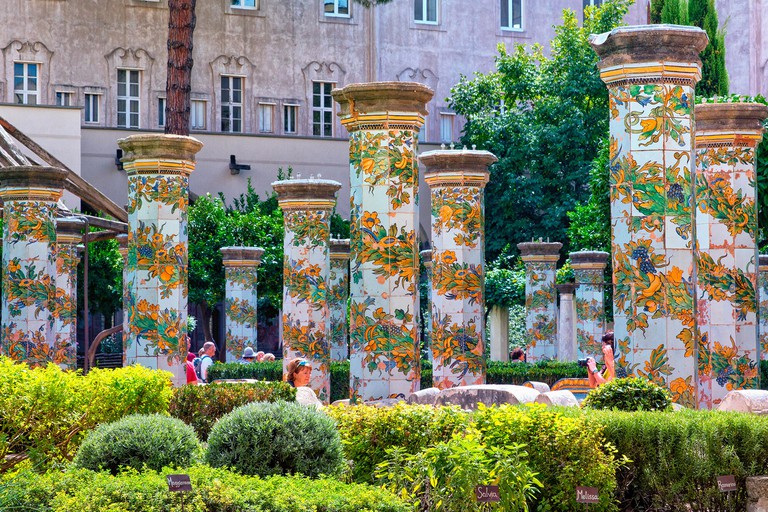 © Art Kowalsky / Alamy Stock Photo
Roughly taking in the area north of the shoreline from Municipio to Porta Nolana metro stops, the grid-like tangle of streets that make up Naples’ historic centre is also known as the Decumani – the name of the original Greco-Roman roads that have been here for almost 3,000 years. You might hear the area referred to as Spaccanapoli, too – which is the name of the bustling main street that bisects the area, crammed full of coffee bars, artisan boutiques, crumbling mansions and some of the city’s top pizzerias. Take a breather from the busy street life at boho hangout Caffè Letterario Intra Moenia on Piazza Bellini, before stopping at some of the area’s cultural big hitters: the Church of Santa Chiara and its flamboyant cloister, or the MADRE contemporary art museum – home to works by Jeff Koons, Anish Kapoor and Andy Warhol.

Sanità (meaning health) was originally given its name due to its location outside the city limits, where aristocratic families could move away from the chaotic – and at the time, filthy – city centre. It’s since garnered a reputation for being one of Naples’ grittier districts, traditionally a Camorra mafia stronghold and an area where petty crime can affect tourist stays. Nowadays, Sanità is slowly reaching the tourist radar, thanks to its characterful mix of peeling apartment blocks, antique palazzi and tiny shrines adorned with flowers and candles. The neighbourhood is perhaps most famous for its Catacombs of San Gaudioso and of San Gennaro, and the spookier-still Fontanelle Cemetery. Located in volcanic caves, the cemetery is the resting place of thousands of anonymous remains, many of which were victims of the plague epidemic which devastated Naples in the 17th century. 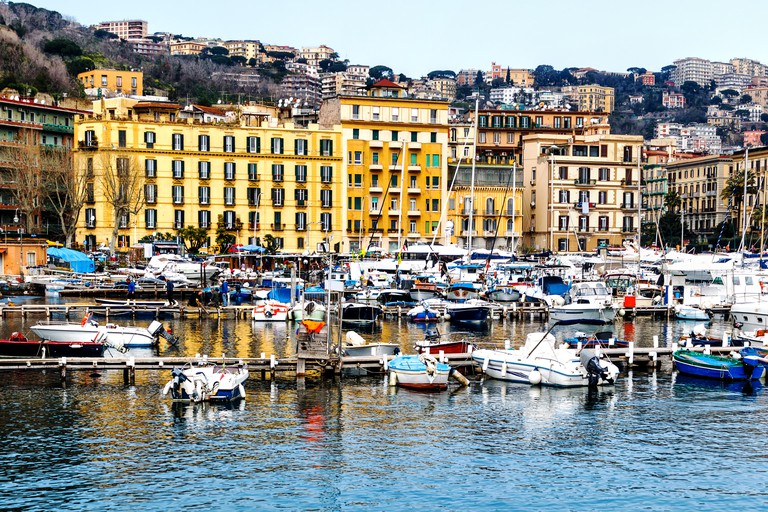 © Moskwa / Alamy Stock Photo
This small seafront district, just south of the Quartieri Spagnoli, takes its name from the pretty-in-pink, colonnaded basilica of Santa Lucia a Mare, which has been there since the 9th century. Traditionally a fisherman’s quarter – from which Italians famously emigrated to America from the late 19th century – this neighbourhood is now your go-to place to try juicy Neapolitan seafood specialities in family restaurants and pizzerias perfumed by fresh fish and the salty sea breeze. Tuck into spaghetti with clams or calamari cooked in white wine, while admiring seaside views of Mount Vesuvius and the Bay of Naples. And if you want to stretch your legs, cross the bridge to Borgo Marinari, a petite island of old houses and an even older castle, the chunky fortress of Castel dell’Ovo.

This is an updated version of an article originally by Emma Law.

For a true taste of Naples, don’t miss a chance to savour the best Neapolitan pizza or stop by one of its top places to eat. Besides its epic food culture, there are a dozen reasons why you should visit the capital of Campania, and while here, make sure you tick off all of the must-visit attractions, including its greatest beaches on those hot summer days. At the end of the day, unwind at one of these top hotels.