Thai Words You Should Know to Get a Taxi in Thailand 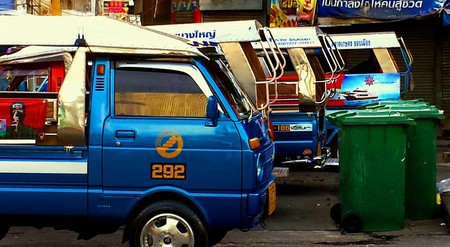 Even the cleverest of tourists may come across a scam or two while traveling in Thailand. As welcoming and friendly as most locals are, a handful of bad apples will be ready with sneaky tricks to fool foreigners out of both money and time. One of the prime places where tourists are ripped off is in the back of a taxi so check out the Thai phrases you should know for taking a taxi.

Chái meter mai – Do you use the meter?

When asking this phrase, listen for the response chái, meaning use, or mai chái, meaning I do not use (though it literally translates to, no use). This should be one of the first phrases visitors ask a taxi driver before climbing in, particularly in Bangkok. In other regions in Thailand, taxis can get away without using a meter and charging a fixed price. This is because of the sheer lack of taxis available. In Bangkok, however, many drivers will charge a very high fixed price and take advantage of foreigners. Avoid being scammed by knowing this useful phrase. 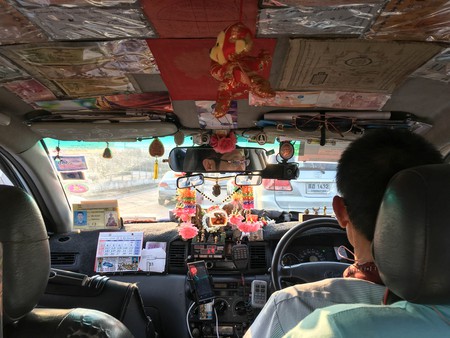 The word bpai sounds like the word “by”. It means “to go”, and visitors can use this word to tell taxi drivers where it is they want to go. It will also come in handy in terms of listening to responses, and many drivers will ask you bpai nai, which means, “where are you going?” 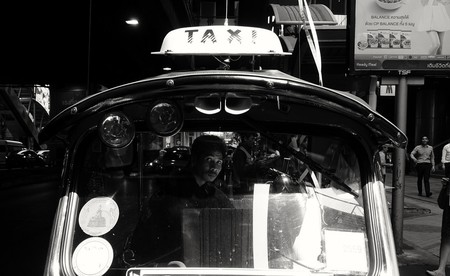 Taxi drivers, particularly in Bangkok, tend to be incredibly fast ones. While this may come in handy for those travelers late for a flight or similar, it can be intimidating and quite frankly frightening to be driving way too fast with a driver who does not speak English. If this is the case, be sure to say to your driver, cha cha, which means, “slowly”. You can also use this phrase if someone is speaking Thai too quickly and you cannot understand what they are saying. 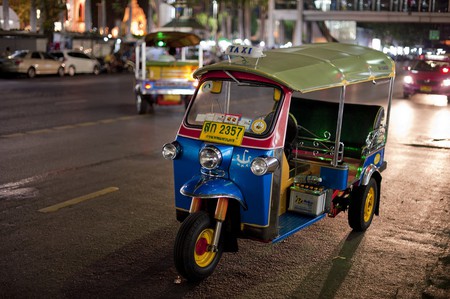 “Go straight” is a fairly simple phrase to remember if visitors already know the word for go, which is bpai. Straight, or dtrong, sounds like trong. In addition to knowing how to give these basic directions, another way for visitors to avoid getting lost is to purchase a SIM card and a cheap internet plan to use on their phones. Apps like Google Maps are super convenient and make getting around the city easier. These can be purchased at the airport as well as malls around Thailand. 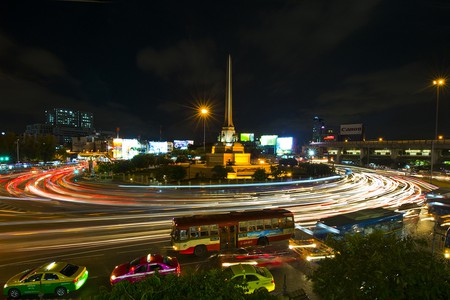 Around & Around we Go | © Courtesy of Mike Behnken/Flickr

Instead of acting out your way through a taxi ride, know how to say the phrases, “turn right” and “turn left”. Turn is easy: just think of the dreamy Leonardo Dicaprio, as líao means turn. Right sounds like qua. The word for left in Thai sounds like sigh, or sáai. 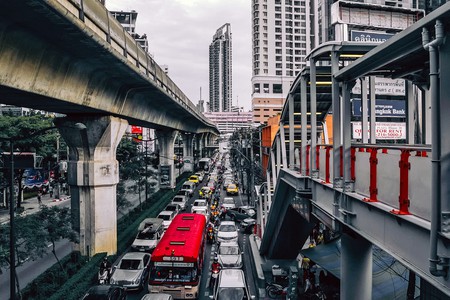 Bangkok is a large city, made up of more than eight million people. In order to accommodate all of these people, the capital is absolutely sprawling, meaning visitors will have to give more than a handful of directions to get where it is they are going. In order to avoid confusion by saying turn left, turn right, go straight, etc., know how to say “and then”, or leeo gaw, in order to avoid any confusion. 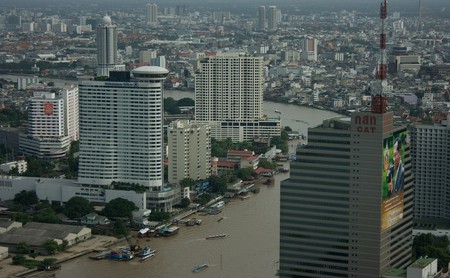 There are two words which mean stop in Thai. The easier one to remember is yut, which sounds like yoot. The other way visitors can tell taxi drivers to stop is by saying jͻ̀ͻt. 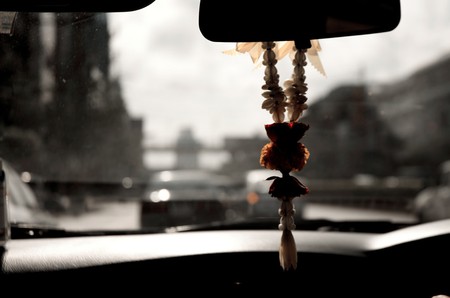 Do not avoid straying off the beaten path in fear of a taxi driver not knowing how to get there. Instead, use a larger tourist attraction as a point of reference for the driver, for example, Wat Pho. There are many great sights within walking distance of this temple, such as the Siriraj Medical Museum, otherwise known as the Death Museum. Telling a driver glai-glai, meaning “nearby”, then naming a major tourist hot spot will get visitors closer to their destination than expected. 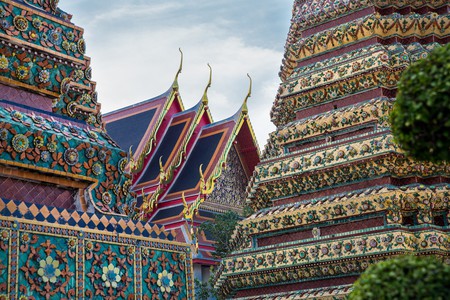 Bangkok has some of the most congested traffic in the world. According to a Bangkok Post article, drivers in the capital spent 64 hours in traffic jams in 2016, putting them at number 12 for the most congested city in the world. This phrase is good to know because, inevitably, there will most likely be traffic at some point during your taxi travels in the city. Often, drivers will ask their passengers if they can take different routes which include tolls to avoid the rotdtit. This is entirely up to the passenger and taking the highway costs about $1.50. 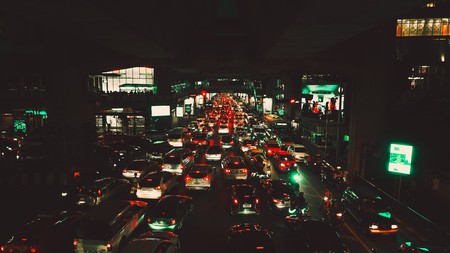 Though arriving to any destination may take ages, passengers will want to know when to let their drivers know they have arrived. The word for “here” is fairly simple, and is similar to there, or tîinaan. When you do arrive at your location, be sure to check your belongings before exiting the vehicle. Keep in mind that many taxi drivers either do not have change for large bills or will tell customers that, so be sure to keep smaller bills on you for using taxis.