The Best Destinations to Visit in Colombia 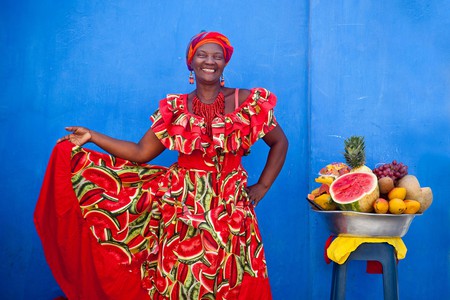 Whether you’re planning a trip to Colombia as part of a lengthy backpacking stint around South America or as a standalone trip, the one thing you absolutely mustn’t do is rush. Colombia is a big country, with much to discover – and you don’t necessarily have to travel the length of the land to find it. In this list, we offer a mix of familiar and not-so-familiar destinations to help enrich your time here, however much you may have.

The best destinations to discover the world of Colombian coffee, Buenavista and Pijao are both off-the-beaten-track towns in Quindio department, not far from the incredibly popular town of Salento. You’ll stay one night in Circasia as part of our exclusive eight-day tour through the Colombian Andes, while Pijao is the base for the WakeCup Experience Coffee Tour –perhaps the best of its kind in Colombia. Try and visit in July to enjoy the annual Yipao Jeep Parade. 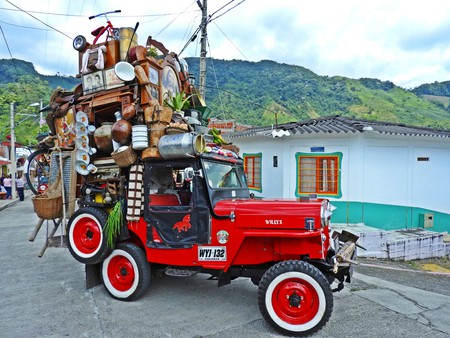 This stunning Caribbean island is less than an hour by boat from Cartagena and is home to one of Colombia’s coolest hostels, the Paraíso Secreto (a hostel collective in a series of once-abandoned mansions belonging to Emerald barons). With beautiful mangroves, crystal-clear waters, and great seafood, it’s the top new island destination in Colombia.

Isla Grande forms part of the Rosario archipelago, where you can visit with a local insider by booking a spot on our private Colombia Caribbean Coast trip. 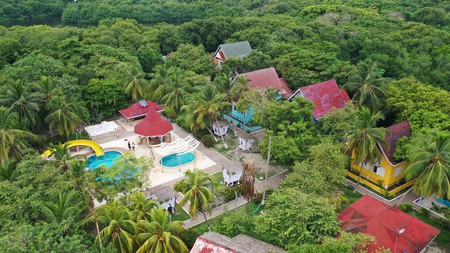 San Agustín has developed an excellent infrastructure for travelers over the past couple of years and now is the perfect time to visit to explore the amazing archaeological sites that the pretty little mountain town has to offer. Throw in excellent hostels, great coffee, and beautiful scenery, and San Agustín is a great place to spend a few days. 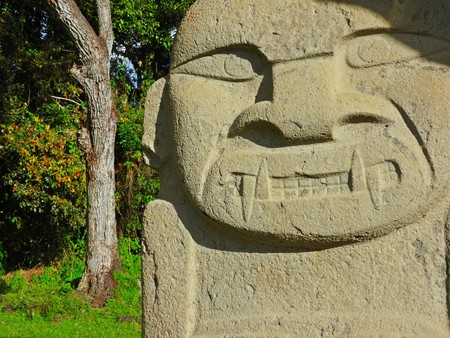 These ancient rocky hills in the deep jungles of eastern Colombia are barely known outside of the country but are well worth the extra effort to visit. The jungles have hardly been touched by tourism and the views from the summit of the Mavecure Hills over the jungles at dawn are simply breathtaking. 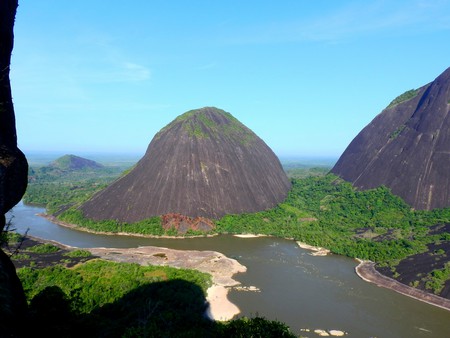 These two little Caribbean beach towns are the last settlements before the Panama border – uniquely isolated and untouched by the rest of the country. With paradise beaches, brilliantly preserved coral reefs, top-notch seafood, and an amazing variety of nature, Capurgana and Sapzurro have plenty to offer adventurous travelers.

Colombia is the home of the world’s second-largest carnival after Rio, the Barranquilla Carnival on the Caribbean coast. It’s a once-in-a-lifetime cultural experience and an amazing party as well! It usually takes place in February, so get booking those hotels in advance. 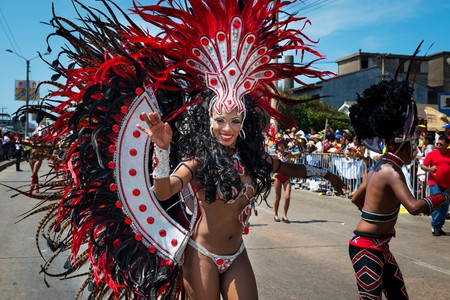 OK, so the Colombian capital is hardly a secret destination, but it’s often criminally underrated by travelers, who often linger for just a weekend before moving on to the more popular Medellín. However, Bogotá is home to a growing street food scene, excellent live music, multiple cultural festivals and near many natural parks, so it’s definitely worth dedicating a little more time to – either at the start or end of your trip.

To make the most of your time in Bogotá, Medellín and everywhere in between, why not join our carefully curated eight-day trip, led by our Local Insider to give you maximum cultural insight and a few special surprises along the way. 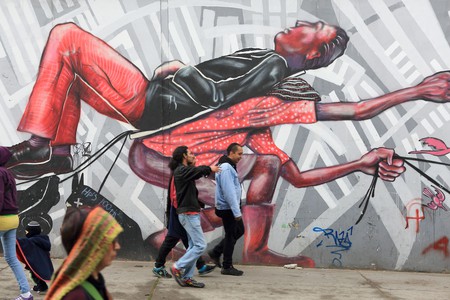 This small city on the frontier of the Colombian plains and the Amazon rainforest is still very much off the tourist radar, but its reputation is growing – right now it’s in the sweet spot between undiscovered and developing, with good tour companies and hotels but very few crowds. And with ancient cave paintings, jungle lakes, amazing ecotourism and much more, San José is poised to become a must-visit spot. 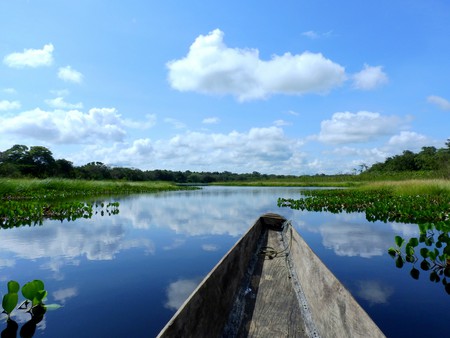 Aside from a quick weekend in Villa de Leyva, Boyaca department – just to the north of Bogotá – very rarely gets explored by most travelers. But the region is just waiting to be explored in more depth, with a wealth of lovely little towns, the friendliest people in Colombia, great food, natural spas, artisanal products, and mountain trekking.

The vast Caribbean deserts at the most northerly tip of Colombia are home to some of the country’s most spectacular beaches, surreal scenery, and the best kite surfing in the country. There’s also the incredibly off-the-beaten-track Macuira National Park to discover as well. Now is the time to discover the unique wonders of the Guajira. 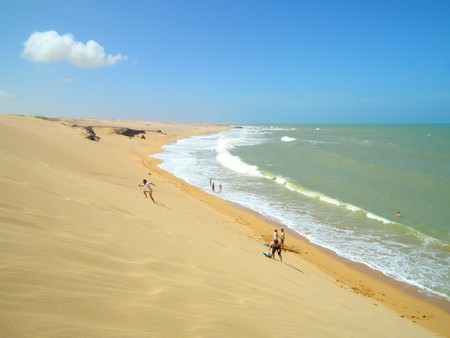 Caquetá is one of the least-visited regions of Colombia, but its tourism industry is growing fast and there’s so much to experience that that’s no surprise – you can raft jungle rivers, go caving and rappelling along crystal-clear mountain streams, see wild monkeys, and discover the indigenous Amazon cultures of Colombia, all just a few hours from the regional capital of Florencia. And the further-afield Araracuara Canyon might just be the ultimate off-the-beaten-track destination in Colombia. 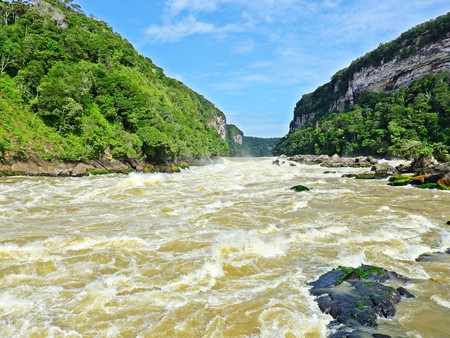 Cali is a large Colombian city that many travelers choose to skip in their hurry to get up to Medellín and the coast, but the capital of salsa has its own unique charms to tempt travelers to come and visit. It’s a city that moves to its own unique rhythm, and with two of Colombia’s best festivals – the Feria de Cali and Petronio Alvarez Festival – there’s no bad time to pay a visit to Cali.

The wild jungles of Colombia’s Pacific Coast region are some of the most biodiverse on the planet and are among the best destinations in Colombia for nature lovers. Between June and October you can watch humpback whales, in September sea turtles come to lay their eggs, and if you’re less of a nature freak then you can always go surfing instead. 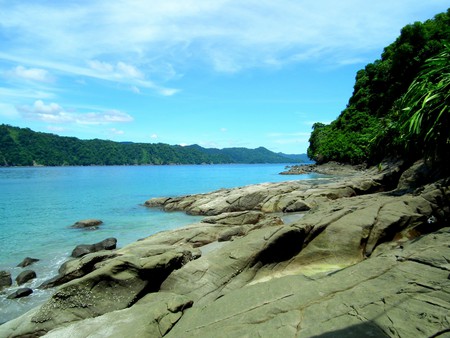 San Basilio de Palenque is a highly significant settlement in Colombia since it was here that Benkos Biohó led a rebellion of enslaved Africans against the Spanish colonizers in the 16th century. Biohó formed an army of escapees who then went on to establish San Basilio de Palenque as the first free African town in the Americas.

A visit to San Basilio de Palenque is included on Culture Trip’s eight-day adventure along Colombia’s Caribbean coast, led by our Local Insider to ensure you get the inside scoop on all the things you see and do. 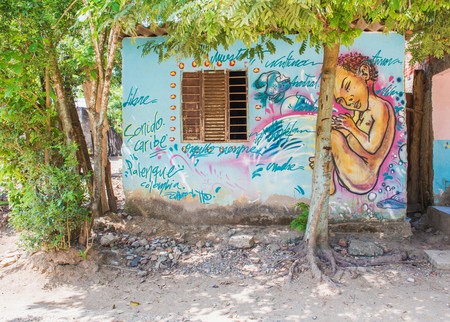 Mocoa is the home of some of Colombia’s coolest waterfalls and swimming holes and is already one of the hipster travel destinations of choice in Colombia. Many people come to sample ayahuasca, but there’s plenty more to do if that’s not your cup of tea: hikes through the jungle to the Fin del Mundo and Hornoyaco waterfalls, some of the best birdwatching in the country, and amazing jungle wildlife.