What to Do on a Layover in Washington, D.C. 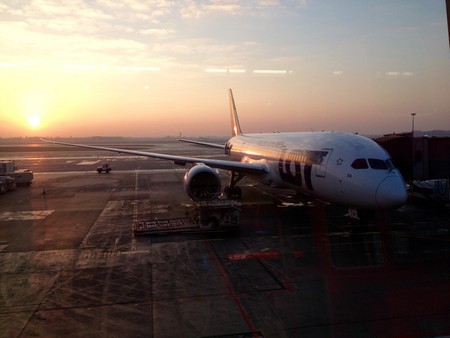 Flying into DCA, you'll be treated to views of the Potomac River | © Martin Alvarez Espinar/Flickr

Not only can layovers be boring, they can be tempting; tempting you to see the city you’re in in order to get a taste of the culture and its people. Whether you’re staying for three hours or twelve, here is your guide to making the most out of your layover in D.C.

This airport is a little outside the city and doesn’t have public transportation to get you to the city, so if you are on a short layover only do what is nearby.

If you need to stay in the airport, check out Bar Symon. It has an awesome menu, including a breakfast menu, that puts a classy twist on some original favorites. There’s an Old Ox bar/restaurant in Concourse B which has great local drafts.

If you have time for something a bit more entertaining, there is a mobile lounge you can hop on from the main terminal or A terminal that takes you to Concourse D. That’s something you can’t do at any other airport.

If you can step out, go to the National Air and Space Museum’s Steven F. Udvar-Hazy Center that’s just a ten-minute taxi drive away. It’s even equipped with luggage lockers for people with layovers. Air and Space not your thing? Go see a movie at the Imax theater nearby. 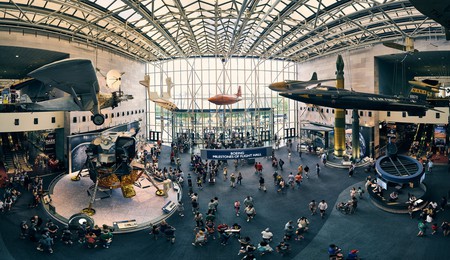 Around the Ronald Reagan Airport

If you have only a few hours to spare and don’t want to leave the airport, you can go to the National Hall. Walk along the mosaic floor to view the work of 30 artists that were incorporated into the design by Cesar Pelli. You can see these works in the gallery between A and the other terminals as well as works by Edith Kuhnle and Vincent Longo as actual balustrade railing panels; Kent Bloomer’s Foliated Trellis is something to behold. You’ll practically forget you’re in the airport, so be sure not to miss your flight.

If you go outside the airport, you can walk in between the B and C terminals to see what remains of the Abingdon Plantation, a 6,000-acre property that’s now the airport.

If you have more time to spare, walk up Mount Vernon Trail to Gravelly Point Park. You can lay out on a nice day or go to the observation spot to watch planes passing by. 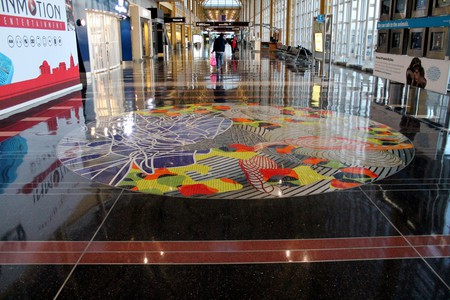 Twelve Hours, Head Into the City

If you have more than a few hours to spare at either Dulles or Reagan, make it a sightseeing day. Get to the heart of D.C. (if you are connecting in Dulles you will need to take a taxi/Uber. If you’re in DCA it’s an easy metro ride away). Once you’re there, you could join one of the many, many tours that will allow you to see a lot of the must-see sights within a reasonable time limit. Maybe you’ll even make some new friends. There’s a tour for everyone; walking tour, biking tour, food tours, ghost tours, day cruises, and more!

Are you more of an introvert that would rather not be apart of any group activity? Or perhaps you hadn’t had much sleep on your last flight and would enjoy wandering wearily on your own. That’s no problem, because D.C. is a terrific place to blaze your own trail.

Check out the Smithsonian, which boasts over 19 museums; you’re sure to find something you like. From art, history, space, and technology, the multitude of possibilities are endless.

Would rather spend your day outdoors, snapping photos of famous grand structures? Look no further than the monuments, which are thankfully all near each other. Jefferson, Lincoln, Martin Luther King Jr., and the Washington monuments are all waiting to take a selfie with you. If you’re more into current presidents and politics, go check out the White House and U.S. Capitol. You can try to get a tour, but if you don’t plan in advance, it might cost you. 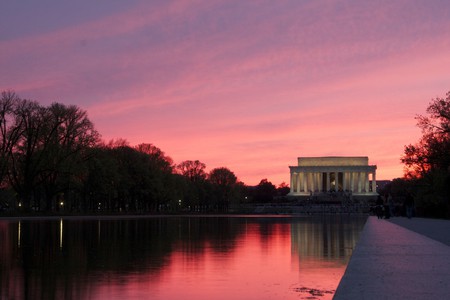 If you want to just go for a stroll and get acquainted with the local pulse, head to Georgetown, the oldest neighborhood in Washington, D.C. Grab something to eat or drink in one of the local restaurants and pubs, or go do some shopping along M Street and Wisconsin Avenue.

If you want to avoid the crowds in the District altogether, go across the GW Parkway from the airport and into Crystal City; going a little further will take you to Alexandria. There are some great restaurants, bars, boutiques, and locally owned stores you can explore.