Washington DC boasts almost every cuisine from every corner of the globe. The District’s downtown is lined with enticing signs for Ethiopian, Vietnamese, Lebanese and more. For the foodie looking for vegan fare, restaurants usually have options available or can modify a dish upon request. However, for the foodie looking solely for a vegan menu, there are some DC haunts cooking up 100 percent plant-based eats. 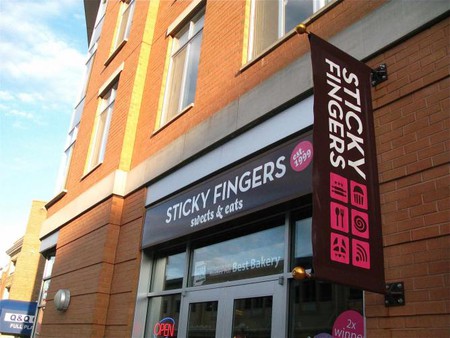 With cupcakes and cookies, pastries and shakes, Sticky Fingers Bakery is a dream come true for the sweet-toothed vegan. The treats offer unique flavors, such as the current special, root beer float-flavored cupcakes, but also include classics like whoopie pies and little devils (vanilla cream-filled chocolate sandwiches). But it does not stop there as Sticky Fingers can satisfy cravings for the savory as well. Make it there for brunch and enjoy fluffy biscuits with gravy or grab a vegan burger with all the fixings and your choice of a side for a healthy plant-based lunch.

Serving up ‘vegan soul food’, Evolve Vegan Restaurant has tasty, traditional favorites, albeit with a vegan twist, found in many American households. Two favorites of regulars include macaroni and cheese and fried chick-un, plus an array of salads, from sweet maple kale to pickled beets, tempting taste buds. Love chocolate? Evolve has decadent desserts, such as rich chocolate cake, chocolate brownies and raw chocolate cheesecake. On the lighter side, try the smoothies made with soy milk and fruit. And with an extensive drink and cocktail menu, happy hour at Evolve is not to be missed.

From the West Coast to the East Coast, Native Foods Cafe expanded from California, opening up locations in several major cities throughout the US, including two locations in Washington DC. To promote healthy eating and lessen environmental impact, Native Foods Cafe offers a plant-based menu with seasonal specials and supports earth-friendly initiatives. The tempeh and seitan in the wraps, sandwiches and earth bowls are made in-house. The Cafe appeals to many different tastes and preferences by serving dishes with the spices and flavors found in international cuisines, such as Moroccan, Thai and Greek.

Even in the hot summer, a light soup can hit the spot. At Soupergirl’s two convenient locations in DC, there are grab-n-go soups ready for the taking, including refreshing watermelon gazpacho and the current in-season peach gazpacho. In the dead of winter, there’s nothing like a hearty, warming soup to ward off the cold. Soupergirl’s soups are filled to the brim with satiating legumes and chunks of vegetables. There are also colorful salads and hearty sandwiches to add to any soup. And as an extra bonus, Soupergirl collaborates with local farmers and is dedicated to sustainable and responsible agricultural practices.