The Story Behind Union Station in Washington, D.C. 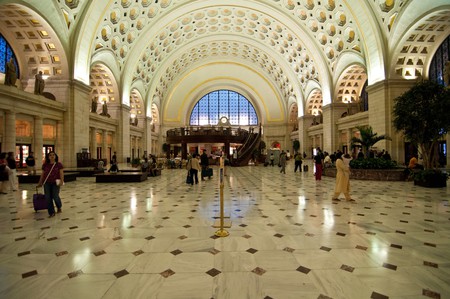 In a city defined by its monuments, one of Washington, D.C.’s greatest architectural gems sits in the shadow of the capital. Union Station, D.C.’s train station, is 110 years old. Home to Amtrak, MARC, and VRE trains, Union Station services almost 30,000 people per day and 5.2 million people per year.

Since Union Station opened its doors in 1907, the station has been a major hub for East Coast travel. It was designed by architect Daniel Burnham, known also for his work on the Flatiron Building in New York City and the Continental Company Trust Building in Baltimore, Maryland. Burnham specialized in classical architecture, and inspirations from ancient Greece and Rome can be found all over Union Station. 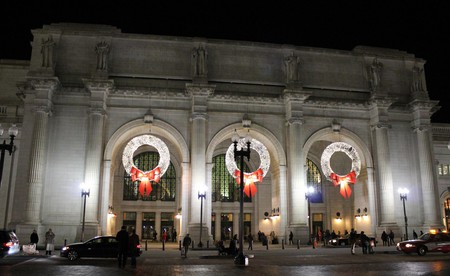 Union Station is one of D.C.'s oldest landmarks, built in 1907. It preceded the Jefferson and Lincoln memorials | © Elvert Barnes / Flickr

At the time of its construction, public support for Union Station was hard to find. It took a bill from Congress, signed into law by President Teddy Roosevelt, to finally secure the necessary funding. Building the station required the repossession of over 100 homes in D.C.’s “Swampoodle” neighborhood, essentially wiping the district off the map.

Throughout its 110 year tenure, Union Station has undergone numerous makeovers. One of the largest renovations came in the 1970s, as D.C. was the center of attention during the Bicentennial celebrations of 1976. It was during those repairs when “the pit,” a well-known architectural quirk, was built.

The Pit, which was officially titled PAVE (Primary Audio-Visual Experience), was a dug-out area in the bottom of the station meant to provide travelers with an ongoing media presentation. The idea was widely mocked – even “the pit” nickname was originally a sarcastic barb. It never caught on with tourists and travelers, and PAVE was shut down for good by 1978. 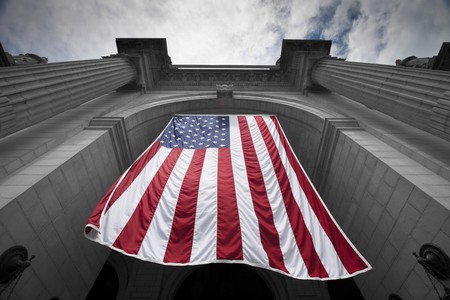 In the early ’80s, Union Station began crumbling. A roof collapse in 1981 caused a temporary closure of the entire station and plans for a major repair began. The Department of Transportation (DOT) was eventually commissioned to repair the entire station, coming to the government with a $29 million repair plan. Not only would DOT head up repairs, but it would also take over control of ticketing, baggage areas, and boarding.

The repairs were completed in 1988, and the station has remained relatively untouched since. A movie theater was put where The Pit used to be, although that closed in 2009. Now, the pit is home to a wide variety of retail stores and restaurants, and Union Station has become a travel hub for shopping in D.C. While trains no longer travel through the original concourse, the old skylights and columns remain the same. The renovated concourse was renamed to honor W. Graham Clayton Jr, who was Amtrak’s president from 1982 to 1993. 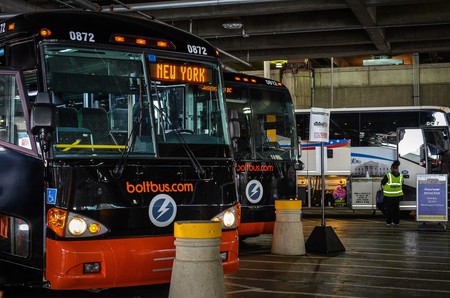 In 2011, it was announced that Union Station would start serving bus routes as well. Over the last seven years, the station has grown a vast network of Greyhound, Bolt Bus, and Megabus shuttles. While the station remains in good condition, there’s already another ambitious renovation plan in place.

In 2012, Amtrak, which considers Union Station to be its main hub, announced a four-phase, $7 billion renovation plan. The plan is spread out over 20 years and is meant to double the amount of trains that come through the station on any given day. It’s an aggressive plan—and one that the Federal Government is pushing back on already—but it will assure Union Station remains one of Washington, D.C.’s (underrated) gems.