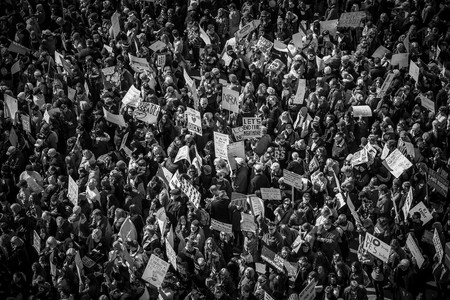 The right to protest is a critical part of the First Amendment. “Congress shall make no law respecting an establishment of religion, or prohibiting the free exercise thereof; or abridging the freedom of speech, or of the press; or the right of the people peaceably to assemble, and to petition the government for a redress of grievances.” Washington, D.C. natives hold this right especially dear and have been utilizing the right to protest since the 1800s. Here are the six biggest protests to rock the capital. 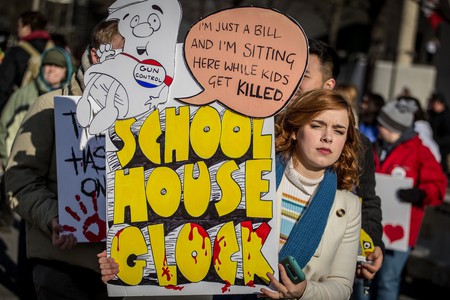 Half a million people protested at March for Our Lives against gun violence and demanding common sense gun control laws. | © Phil Roeder / Flickr

March for Our Lives

March 24, 2018’s March for Our Lives is considered the largest, single-day protest D.C. has ever seen. Organizers estimate 800,000 people rallied for gun control following the tragic Parkland school shooting. The city prepared for the large crowds with more metro trains and increased security. Celebrities, Parkland Survivors and other school shooting victims gathered in a show of unity and strength. 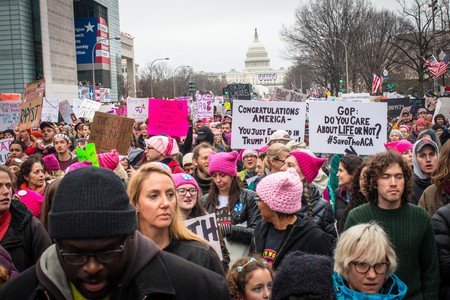 The day after President Trump's election, half a million women and allies marched on Washington | © Liz Lemon / Flickr

In November of 1969, D.C. saw the largest anti-war protest in America’s history. Between 500,000 and 600,000 rallied to peacefully protest the Vietnam War. In true flower-power style, the youthful crowd sang John Lennon’s “Give Peace a Chance.” This was one of many anti-war demonstrations in D.C., the movement continued to grow until the U.S. left Vietnam in 1973.

Conservative estimates show this march might have fallen short of its name with only 450,000 marchers, but other estimates put the crowd at 1.1 million. The Million Man March took place October 16, 1995. It was the answering to Louis Farrakhan for African-American men to gather on the National Mall and accept the responsibility of being the head of the family. There were no arrests or violence on the day of the march. 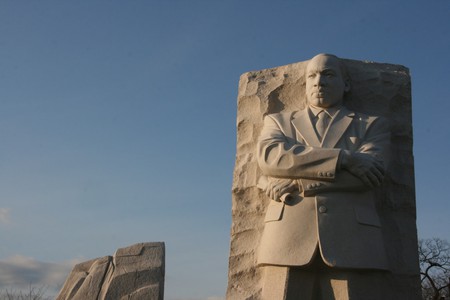 The Martin Luther King Jr Memorial is located under half a mile away from the Lincoln Memorial, where he gave the famed "I have a dream" speech during the March on Washington. | © Alves Family / Flickr

The March on Washington for Jobs and Freedom

On August 28, 1963, 250,000 people gathered in front of the Lincoln Memorial to demand improved legislation for civil rights. It is also the march during which Martin Luther King Jr. gave his famous “I have a Dream” speech. A year later, Congress passed the Civil Rights Act of 1964.

This 1981 march brought between 250,000 to 500,000 unionists to Washington, D.C. They marched from the Washington Monument to the Capitol building. They were protesting Republican policies, budget cuts, and President Reagan’s tax policies.