The underground whiskey watering hole is as exclusive as they get. Tuesday through Thursday seating comes on a first-come first-serve basis, while Friday through Saturday you can make reservations through texts only. However, try to get here on a Tuesday night, because bartender Lukas Smith creates five to six one-night-only cocktails. The dark, secretive speakeasy is located in the basement of Jack Rose Whiskey Saloon, and the cocktails are unbeatable in taste and creativity. Go for their signature ‘Ode to Omaha,’ made with a hickory smoked rum and served in a glass with a large ice cube. It’s so popular that there is also a two drink minimum.

Bar, American, $$$
Quill at The Jefferson, Washington | ©rochelle hartman/Flickr
Located inside the Beaux Arts edifice of the Jefferson Hotel, Quill features a cozy atmosphere with little nooks to relax in. Classic cocktails and signature drinks with house-infused liquors served are served in a the sleek VIP bar setting. Although it’s a bit pricy, it’s worth it for some of the best seasonal cocktails in the city. While there, be sure to sit on the patio while listening to the live piano music. You’ll find the creme de la creme of D.C. elite here, so be sure to take in the atmosphere.
More Info
Open In Google Maps
1200 16th Street Northwest, Northwest Washington, Washington, District Of Columbia, 20036, USA
+12024482300
Visit website

ChurchKey is favored for its fantastic beer selection and its chic modern slash medieval style. You can find almost any style of beer here, such as light Belgians. From bold, herbal and citric blends to toasty and nutty flavors, ChurchKey makes the most of their international and domestic brews and bottles from treasured craft breweries to idiosyncratic European labels. 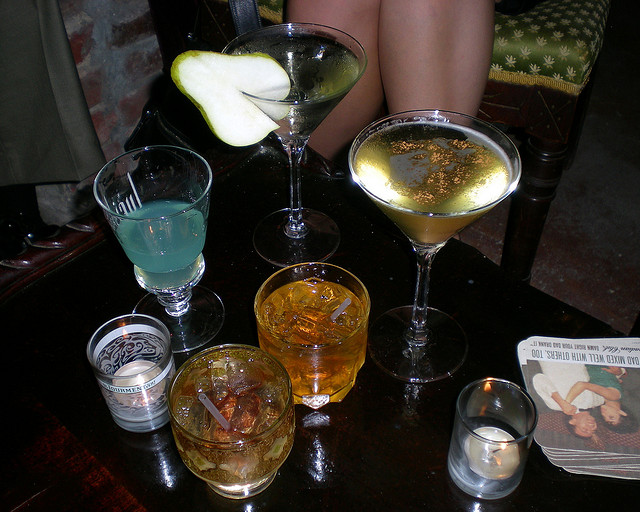 D.C.’s Wisdom bar hosts some fabulous, unique cocktails that are masterfully crafted. They specialize in imported beers, hard to find wines, an extensive list of Absinthe, and non-alcoholic ‘cocktails’ to give your night that special feeling. Don’t forget to grab some of their absinthe to really take advantage of the chic boutique and French-inspired atmosphere.

Bar, American, $$$
Located in the Capella Hotel, the Rye Bar offers a distinguished atmosphere and classy cocktails and drinks. They serve up barrel-aged cocktails and rare rye whiskeys. The aging program is distinct in its process and there is a large focus on rye whiskey, but they also have a ton of gins, bourbons and whiskeys for tasting. Classic cocktails get a unique twist here by using aged sherry instead of sugar. You won’t regret this experience, as it truly has some of the best mixology experts and cocktails in the city.
More Info
Open In Google Maps
1050 31st St NW, United States, Washington, District Of Columbia, 20007, USA
+12026172424

Located only steps from the White House, Old Ebbit Grill is a staple among D.C. foodies. The seafood restaurant happens to host some of the finest cocktails in the city and it’s perfect to stop by just for drinks for a nightcap. They have a range of inventive and classic cocktails. Try the unique pumpkin capirinha or the far east mule, and while you’re here also take a look at their decent whiskey list and wines you can get by the glass or bottle. 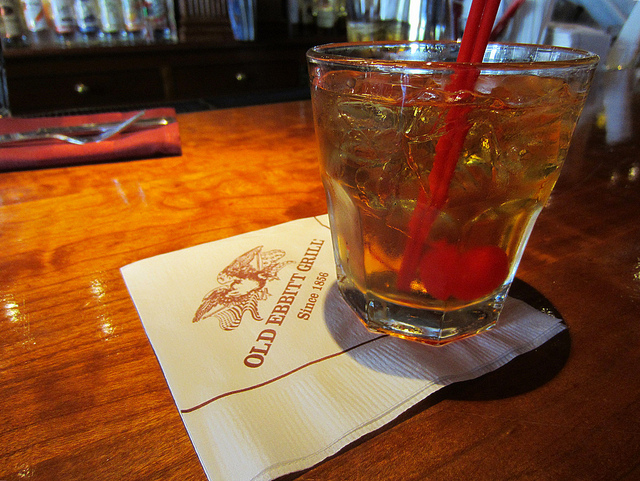 Bar, American, $$$
Located in the Hay Adams Hotel, Off The Record was chosen by Forbes as one of the World’s Best Hotel Bars for its superb wine list, D.C. caricatures and an inviting atmosphere. On hand you can also find mocktails, cocktails and a nice selection of craft beers – but be sure to check out their fancy bourbon and scotch menus. The full bar menu is served daily until 11:30 PM.
More Info
Open In Google Maps
800 16th Street Northwest, Northwest Washington, Washington, District Of Columbia, 20006, USA
+12026386600
Visit website

Restaurant, American, $$$
Capitol Hill’s Barrel pulls out the stops with its cascading barrel-aging program plus bar snacks that go unmatched. Check out their Elixir Bar downstairs where patrons may browse shelves of brown liquors in their private dispensary. The unrivaled batches appear on their 150 select whiskey list, but downstairs you can also find a cocktail list from upstairs with double the selection. Their slogan, ‘bourbon with balls,’ really rings true.
More Info
Open In Google Maps
613 Pennsylvania Avenue Southeast, Capitol Hill, Washington, District Of Columbia, 20003, USA
+12025433622
Visit website

Bar, American, $$$
The upscale lounge and cocktail bar features some masterful cocktails. Harold Black gives you well-crafted cocktails that are some of the most affordable beverages in the city. The speakeasy setting will transport you back to the 1920s.
More Info
Open In Google Maps
212 7th Street Southeast, Capitol Hill, Washington, District Of Columbia, 20003, USA
+12026270994
Visit website

Restaurant, American, $$$
Jack Rose Dining Saloon is unparaled in its whiskey, bourbon and scotch selection — the bar has over 2,300 whiskey bottles on the high shelves, plus, their selection of international whiskeys is impressive. If you’re able to get a seat at their long bar, the waitstaff is friendly and expertly knowledgable about the liquor. A good mix of people come to the saloon, so be sure to come early because it can get packed.
More Info
Open In Google Maps
2007 18th Street Northwest, Northwest Washington, Washington, District Of Columbia, 20009, USA
+12025887388
Visit website