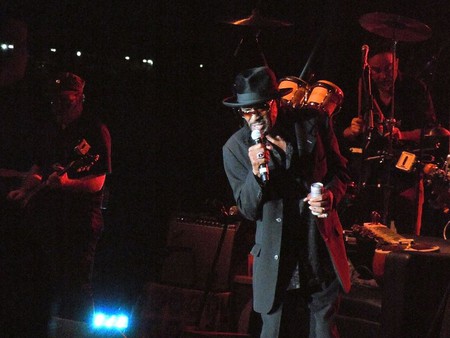 When people think of Washington, D.C., politics come to mind. But the District has always had a unique identity separate from Capitol Hill. And go-go – a sub-genre of funk music with more brass and percussion – was once crucial to that identity. There’s keyboard, horns, strings, and a lot of jazz. The funky tunes became a staple of DC black culture in the 70s and 80s and coincided with the Civil Rights Movement; the music was the voice of a generation.

In the 1970s, DC native Chuck Brown invented the go-go. The genre was influenced by blues, funk, and soul, rising to fame underground and within local’s hearts. The “Godfather of Go-Go” is now one of the most iconic and beloved historical figures in DC. 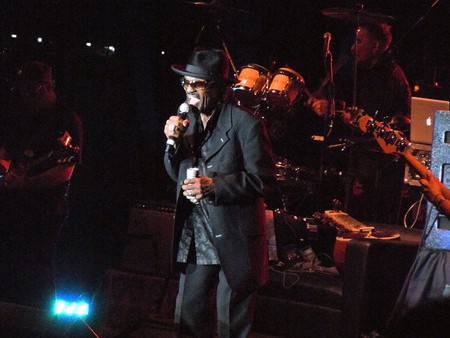 The genre received its name from go-gos, where teenagers went to party and dance. The music took over, and the beats never ceased – an important characteristic of go-go. Between songs, the percussion instruments continued; it was a non-stop musical marathon from start to finish. Foregoing song breaks lead to endless grooving and allowed go-go to compete with the vibes and moves of disco. The new sound took off, more than Brown ever imagined it would.

In the 80s, local go-go bands became fiercely competitive in pursuit of Washingtonian’s hearts. Endless go-go artists emerged, many springing out of high school marching bands. DC public schools once had an impressive music curriculum that taught students well enough for them to try their own hands at the go-go. The scene was comprised of mostly teenagers.

Go-go came to embody youth and the heart of DC. The community and crowds drove the music; it never reached much acclaim outside the District because the music is so closely intertwined with the city’s identity – it couldn’t thrive outside its limits. Despite its inability to achieve commercial success, the music excelled on the local circuit and had a significant impact on the District’s economy with venues opening their doors and thousands of cassette tapes sold. Go-go thrived as a black genre in the heyday of Chocolate City – the nickname for DC to reflect its high African American population and mecca of black music and culture.

Marion Barry, the infamous DC mayor who served six months for crack possession and was re-elected upon release, was a huge face in the movement. He once rapped on a track with Brown (listen below). The homegrown music scene coincided with Barry’s rise to power; he was one of the first civil rights activists to be elected to political office. It was black pride in an era of unrest and struggle for civil liberties.

Go-go arrived right when DC needed it most. In the midst of violent racial riots following MLK Jr’s assassination, black youth needed an outlet; they got one with go-go. DC was once said to have two populations – the visible and invisible. The visible were the white tourists and political elite; the invisible was the local predominately black population. Go-go gave the latter visibility and captured their diverse range of experiences while bringing a community together.

But go-go has struggled to adapt in the 21st century. If you search go-go on Google, you’ll find hoards of articles asking: Did go-go die? Is gentrification the end of go-go? How can go-go go on?

The changing DC demographics seem to have put the nail in the coffin, as historic black neighborhoods are developed and whitewashed, and classic venues close their doors. But anyone from the District will tell you go-go lives on, if you know where to look. The city of Trouble Funk and Chuck Brown can never really lose its go-go shoes. 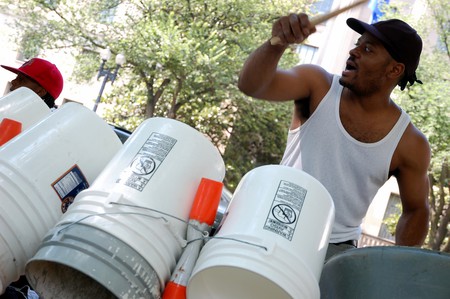