A Brief History Of The National Cathedral 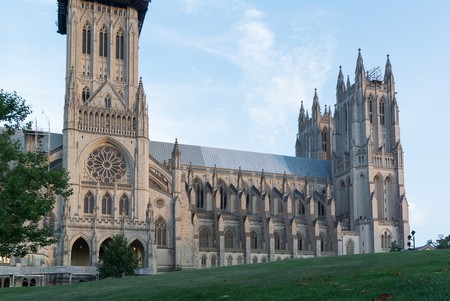 French architect Pierre L’Enfant, commissioned by George Washington himself, drafted a Grand Plan of Washington, D.C. in 1791. He designed the new capital’s layout, setting aside land for a “great church for national purposes”. And so the National Cathedral was born – perhaps America’s most stunning piece of architecture.

After a series of disputes though, Washington fired L’Enfant, and the city existed without a particularly organized design for over a century. Following urban chaos and a desire for a more ordered layout, the original plan was revisited in the late 1800s. In 1891, the idea of L’Enfant’s proposed National Cathedral was revived, and construction commenced in the early 1900s. 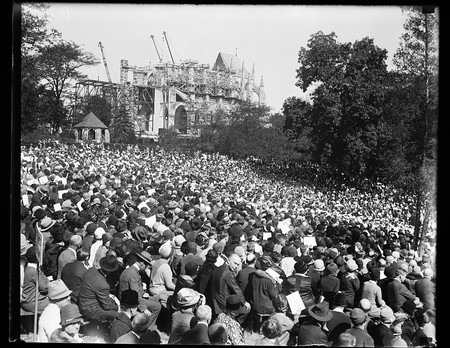 Soon after construction began, WWI broke out, and the project temporarily halted. The cathedral always has, and continues to, rely entirely on private funding and donations and during the war, the money stopped. By the time it resumed, both of the leading architects, George Brodley and Henry Vaughan, had died. Philip H. Frohman was selected as the new principal architect, with the understanding that he’d abide by the original blueprints.

Known for his English Gothic style, Frohman blended Gothicism with a uniquely American character; he sought to create a testament to American architecture, not merely a copy of the classical European cathedrals. He revised the original blueprint, inserting his own flair, and intentionally inserted flaws and asymmetry into the plans – abiding by medieval church builders’ customs that only God can be perfect. Frohman also mimicked medieval architecture by dotting the exterior with stone gargoyles. In modern times, the Cathedral has hosted two design contests for new gargoyles, which eventually lead to an eclectic limestone Darth Vader gargoyle placed on the northwest tower.

The National Cathedral’s grounds, comprising 56 acres, are just as exquisite as its architecture. Frohman retained the idea of grand gardens proposed by the original landscape architect, leading to a “Garden of the Ages”. Today, the scenic Bishop’s Garden remains a staple of the cathedral and an immensely popular tourist destination. 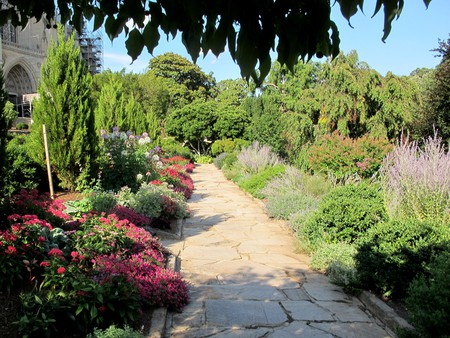 Since its infancy, the National Cathedral has served as a significant national landmark, and hosted a wide array of historical events. Presidents Eisenhower, Reagan, and Ford’s state funeral services were all held at the cathedral, as was Neil Armstrong’s. Reverend Martin Luther King Jr. delivered the final sermon of his life, days before his assassination, at the National Cathedral’s pulpit. The Dalai Lama spoke there in 2014. During WWII, monthly national services were held on behalf of the rising body counts, and Congress then designated the cathedral “The National House of Prayer” – although technically it’s of the Episcopalian denomination.

Yet the historic building was forced to close its doors after the 2011 earthquake, which rocked much of the East Coast; the incident caused irrevocable damage to the cathedral, shaking the structure from its foundation, cracking it, and loosening vital structural stones. It has since completed the first stage of restoration, but due to serious financial debt and general deterioration, the second phase will cost an estimated $200 million. With this sizeable bill in mind, the cathedral is currently planning one of the most massive fundraising campaigns by a religious institution, ever.

The National Cathedral is a highlight of the District, and of a nation which lacks architecturally; but it’s particularly beloved by local Washingtonians as a peaceful destination to read and relax. Hopefully, the restoration campaign will be a success – otherwise DC is at risk of losing a historical and architectural gem. 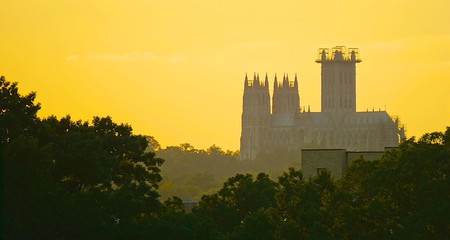